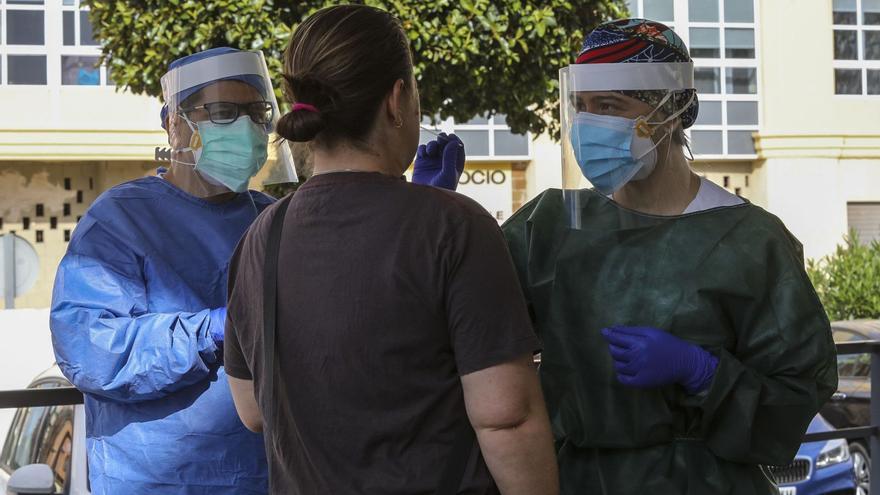 Concern in Elche about the increase in the accumulated incidence of covid in the last month. Between the end of October and this newly released month of December, the city of Elche has gone from having 15 cases per 100,000 inhabitants to 120 today. This means that in just one month the accumulated incidence has multiplied by eight. The data was shared this Thursday by the mayor, Carlos González, after the meeting he held at the City Council with the director of Public Health, Antonia Soriano, the managers of the two hospitals in Elche, Carlos Gosálbez and Rafael Carrasco, those responsible for the Police Local and the National Police and the councilors of Security and Health, Ramón Abad and Mariola Galiana.

The health authorities do not want a January like the one experienced this year to be repeated. That is why they emphasize the importance of vaccination. According to the data released, 91% of the population of Elche of age to be vaccinated, has already been immunized. Even so, there are still 20,000 people from Elche who have not been vaccinated. Those responsible for health focus on the age group between 20 and 29 years, which is the one that is avoiding the doses the most. “There has been an abrupt change in the situation in the last 30 days,” said the mayor after releasing the most recent statistics. These data also reflect that in the two hospitals in Elche there are currently nine people admitted, three in the ICU and six in the ward. Most of these people have not been vaccinated.

The immediate entry into force of the covid passport to access hotel and restaurant establishments, which will take place on Friday the 3rd, was also one of the issues discussed at the meeting. Local Police and National Police will organize a special security device this weekend that will seek to inform and sensitize the population. “We are waiting for the Generalitat to publish the order that regulates the operation of the covid passport. Those responsible for economic activities will have to take the necessary measures to require the certificate, “said González after the meeting.

Another question that floats in the air, given the dates in which we meet, is to know what will happen in Elche with the main events related to Christmas, such as the Santa Claus and Three Kings parades, and the coming festivities. of the Virgin. Regarding this issue, the mayor assures: «We are aware of the complex moment we are living in, with the incidence growing very intensely. We are going to take extreme measures, which means that if we stay within reasonable parameters, we will carry out the planned activity. All the activities are conditioned to the health evolution, which is now complex but not serious.