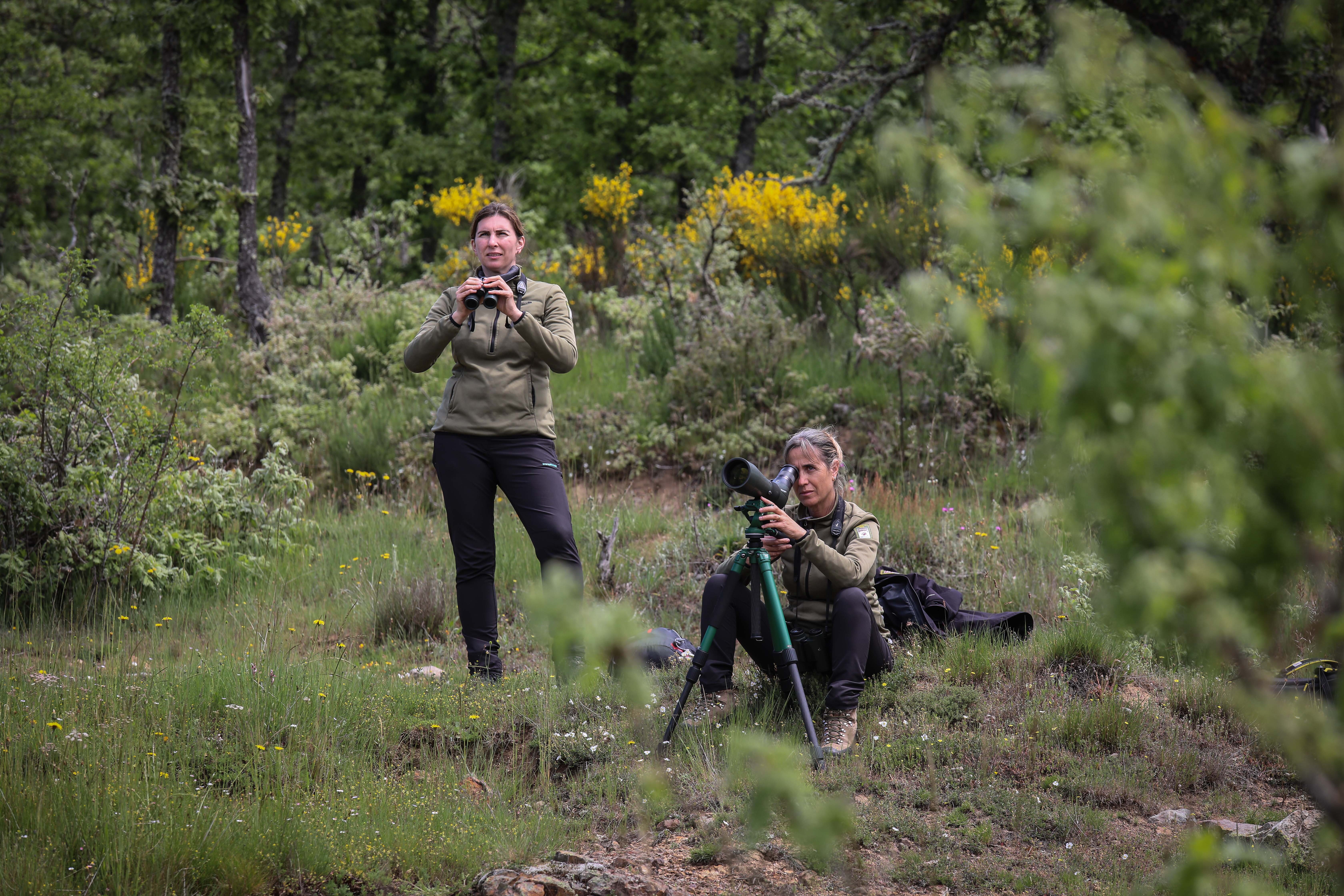 Begoña Almeida will never forget the first time she saw a bear. I was walking alone in the mountains on a snowy day and there was no sign of animals; only she was leaving her footprints in a forest of the Cantabrian mountain range in the Palencia area. Suddenly, he heard a noise and thought “a wild boar, maybe a deer”, and when he turned around he found nothing. He looked at the ground and discovered that his footprints were gone; there were only those of a bear that had stepped right where she had stepped on his back. Without reaching her, the animal escaped down the slope. “As soon as it detects human presence, it runs away,” says this 52-year-old woman who belongs to the Bear Patrol of the eastern zone, a permanent surveillance device of the Foundation of the Brown Bear. It is commonplace, he says, that his love for animals came by watching Félix Rodríguez de la Fuente’s documentaries; It was also a commonplace then, and a disgrace, that until the eighties women were not admitted to the Forest Foreman School. She entered in 1988. She previously went through a fire fighting unit; then came his dream, to work with native bears. It has been following their trail for 26 years through the tracks, excrement, food remains, hair … 26 years controlling its population (about 50 right now in the mountain range), studying its customs, locating its bear beds.

Almeida, from Palencia, lives in Cervera del Pisuerga (Palencia) and usually goes out to work with Elsa Sánchez, who lives in Potes (Cantabria). The day is hard. They leave home at 5.30 and stand at a fixed point, where they wait two or three hours, with binoculars and a telescope, to try to see a specimen. Always at dawn and dusk, because this plantigrade is especially nightlife. A few days ago, in Sonande (in Cangas de Narcea) a woman was attacked by a brown bear, which tore her face apart; Elías Suárez, from the Bear Patrol, works in that natural park, who prefers not to refer to details of the attack. In the last 30 years there have been nine such attacks. Rare, but not impossible.

The bear, these guardians explain, does not want to know anything about humans. What to do if you come across a bear head-on? What did Begoña Almeida do when she came face to face with one for the first time? “My legs shake,” he replies. In general, the bear, especially if it is with its young, runs towards the person as a method of achasing, slows down, backs up and leaves. And what to do? “Separate yourself backwards slowly, without any fuss, and speaking, speaking as calmly as possible.” What was Almeida saying? The woman laughs on the phone, remembering: “I said: ‘Where are you going? Where are you going? Turn around and shoot ”. A male specimen from the mountain range can weigh 200 kilos and live up to 30 years, more if it is in captivity; a female can reach 150 kilos.

The big problem, Almeida explains, occurs when bears have cubs. Males accompany the family for between one and two weeks; the females, a year and a half before abandoning the young. At that time, protection can cause conflicts, especially if a male bear is in heat, he wants to cover the female and she does not stop because she is taking care of the cub. For this reason, cases of infanticide can occur, explains this guardian of bears.