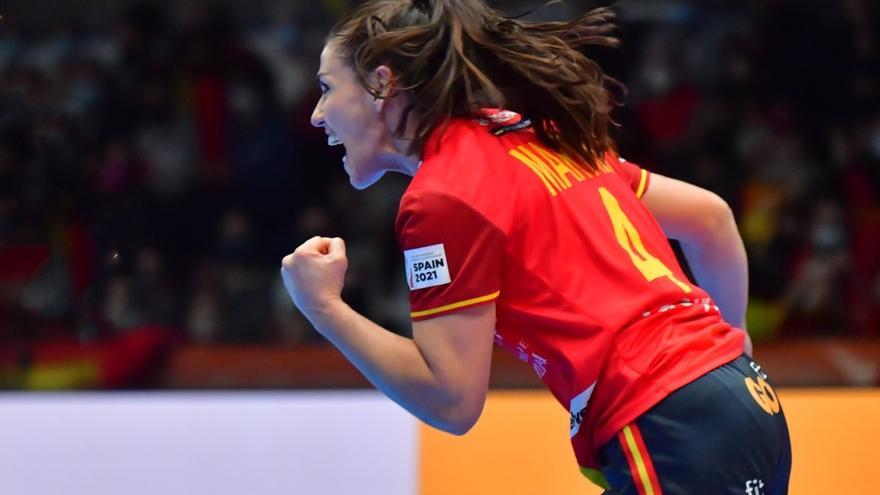 The Spanish women’s team handball took a big step to qualify for the World Cup quarter-finals which is being played in Spain after winning this Wednesday by a 28-26 job against Japan at the Palacio de Deportes in Torrevieja (Alicante).

After winning with great solvency their first three meetings against Argentina, China and Austria, the ‘Guerreras’ They lived their first exam in the championship at the premiere of the Main Round against a Japanese team that caused problems and forced them to press on defense in the second half to win a victory that places them with six points in their group, matched with Brazil and already four ahead of Japan, Croatia and Austria.

Spain could not close his triumph until the final leg of a match, even despite the great start of the hosts, who almost always led the way on the scoreboard and when they didn’t, they didn’t let Japan get away too much.

With Silvia Navarro on an inspired night and with the attack working at a high level, the scoreboard reflected a superiority of the national team after the first third of the match (8-4). However, from there, the attack stalled, the burden of losses (9 at halftime) began to weigh heavily and the Japanese, led by the infallible winger Matsumoto (6/6), got into the crash.

Spain regains the initiative and does not let go

Despite the efforts of the veteran Valencian goalkeeper, the Asian team equalized and even got ahead, but their advantages never exceeded a goal and they could never really bother their rival, whose improvement in defensive intensity in the last minutes of the first act did not give the expected revenue to the break (15-15).

But that improvement behind did not stay in the changing rooms of the Palacio de los Deportes de Torrevieja. Spain again pressed in 6-0 so that Navarro’s figure grew, he recovered ‘spark’ in attack and that allowed him to sign a 4-0 partial that gave him a ‘comfortable’ dominance (19-16) that no longer would drop despite the efforts of the Japanese.

Japan did not give up and with the appearance again of the losses in the attack of the Prades team could continue to lurk on the scoreboard, now thanks to the goals of Aizawa. Anyway, the dynamics was of the hosts who recovered the four goals of advantage (25-21) with lack of something more than seven minutes, but that still did not provoke the Asian surrender. Yes they did a robbery of the young Paula Arcos and a seven meters later by Alicia Fernández who put an already insurmountable 27-23.

Referees: S.Krichen (TUN) and S.Makhlouf (TUN). They excluded Irene Espínola and Jennifer Gutiérrez, for Spain, and Aizawa, Kitahara and Sahara, for Japan, for two minutes.