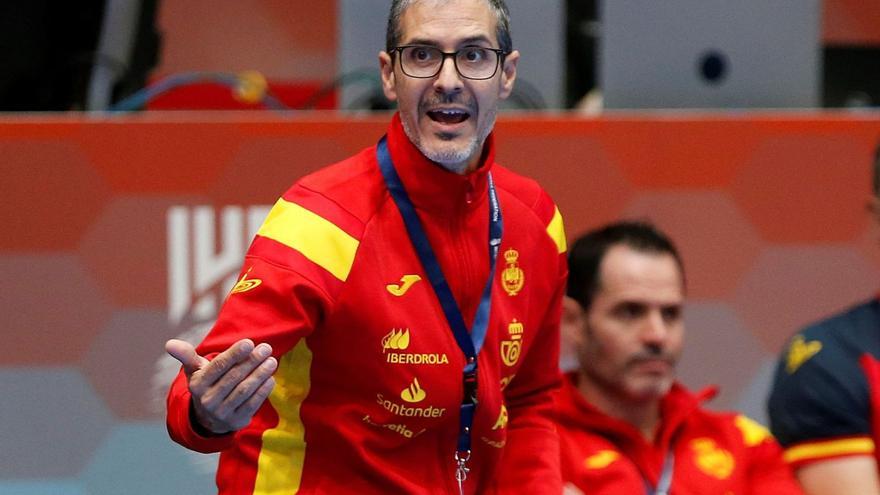 The Spanish women’s handball team, once its presence in the second phase of the World Cup in Spain is assured, will try to pave the way to the quarterfinals today (20:30) with a victory over Austria, which would allow the «Guerreras» access the next phase with full points.

A scenario that seems fundamental to achieve the ticket for the crosses, the minimum goal that José Ignacio Prades has set in the tournament, in a second round in which Spain, except for a capital surprise, will face Brazil, Croatia and Japan.

For this, the Spanish team, which easily defeated Argentina (29-13) and China (33-18) in the first two days, will have to overcome an Austrian team that arrives at the appointment reduced by the numerous cases of coronavirus detected in the Central European team. A circumstance that forced Austria to face with only twelve players, four less than those allowed by the regulations, their encounters against China and Argentina, which did not waste the situation to defeat the Europeans 29-31.

And it is that among the five casualties caused by the coronavirus are key pieces such as goalkeeper Petra Blazek or central Sonja Frey, the main offensive reference of the Austrian team.

Important absences that have forced players like the young full-back Katarina Pandza, who is only 19 years old, to take a step forward, who scored ten goals against Argentina, and the central Patricia Kovacs, who scored nine goals against the South Americans.

Outstanding performances that did not avoid the stumble (29-31) of Austria that, despite wiping out a disadvantage of up to seven goals, crashed in the final stretch of the match with goalkeeper Ayelén Rosalez, who with two decisive stops in the last minute condemned definitely the Central Europeans to defeat.

Also Read  Elena Reygadas: "The Mesoamerican diet of vegetables and insects is the most sustainable"

A result that will turn the meeting that the Spanish and Austrian women will face today in Torrevieja into an authentic final, as the Spanish coach did not hesitate to describe it. “It is our first final, because a victory would mean going to the second phase with four points, something fundamental if we want to continue climbing, but we know that Austria is going to make it very difficult for us, because they are going to play everything for everything to be able to go with points to the next round, “said José Ignacio Prades.

A “final” that the Spanish team will face with the doubt of the central Alicia Fernández, who has not yet been able to debut in the World Cup suffering from physical discomfort.

Who will foreseeably be against the Austrians will be the central Silvia Arderius to whom the Spanish coach gave a rest on Saturday in the match against weak China.

Although above names, the key will be in the ability of the Spanish team to maintain the good defensive level that it has shown so far in the championship, as evidenced by the only three goals it conceded in the second half of the match against Argentina on the opening day .

A real wall that the «Guerreras» will have to build again against Austria if they want to add a victory that would put those of José Ignacio Prades on the right path to reach the quarterfinals.

The full-back of the Spanish women’s handball team Irene Espínola highlighted the good feelings with which the Spanish team faces the duel that they will face on Monday against Austria after solving the first two days of the World Cup in Spain with two comfortable victories over Argentina and China. «The sensations are very good. In the locker room there is a very good atmosphere after overcoming the first two days with two comfortable victories and we arrived very motivated and excited to the match with Austria, ”Espínola said in statements released by the Spanish Federation. A confidence that the Spanish team will try to endorse with a victory over Austria.

Also Read  The end of a hegemony | Opinion