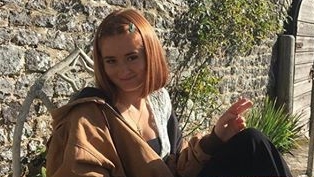 Watering a business success with beer as has happened with the heirs of Arthur Guinnes, the founder of the famous dry black beer type stout Irish, does not exempt from tragedies over the years. The idea of ​​the Dubliner Arthur Guinness began when he bought a brewing company in Leixlip with the inheritance of 100 pounds left by his godfather, the Archbishop of Cashel. In 1759, when he was 34 years old, he left this business in the hands of his younger brother and decided to try his luck in Dublin, the capital of his country. The next defining blow to his business escalation was to focus on the strong stout that was starting to arrive from London and to abandon the brewing of lager. It was the year 1770 and since then, success has not abandoned the beer brand that he created.

Arthur Guinness married a wealthy heiress, Olivia Whitmore and with her he had 21 children, of which only 10 survived. They were hard times, with high infant mortality figures, but each of these deaths left its mark on a family whose father left a considerable personal fortune to die that has only meant the basis for much greater growth that continues to this day.

But this week the news about the Guinness family is neither their business nor their fortune. Because what has now become known is the result of the investigation into a new family tragedy that occurred this summer: the death of Honor Uloth, 19, one of the heiresses of the Guinness saga, daughter of Lady Louisa Jane Guinness and Rupert Uloth, former deputy editor of the magazine Country Life. The event occurred on Friday, July 31, a day that ended in tragedy when it began as a fun meeting, including barbecue, in the mansion that the family owns in the port of Chichester, in Sussex, United Kingdom. Honor Uloth was one of the guests along with 18 other people to spend there a day that ended with a dinner around a bonfire.

Around 11 at night, Honor went with two friends to the jacuzzi next to the house’s swimming pool and after leaving there, her friends say they lost sight of her. Her brother Rufus, 15, found her motionless at the bottom of the pool. When they took her out, they tried to resuscitate her while an ambulance arrived, which eventually took her alive, first to a nearby hospital and then to the St. Thomas Center in London. A few days later, on August 6, Honor Uloth passed away without anyone who was in the meeting that day knowing the circumstances of her death.

The investigation that has now seen the light determines that the young woman had not drunk any alcohol and the police speculate that Honor jumped from a rock that is used as a springboard for the family pool and ended up hitting her, which caused a shoulder fracture and brain injuries. Another hypothesis that the investigators have handled is that the young woman slipped and hit the curb of the pool, because the only thing that is clear is that what caused her death was a blow to the head.

Honor’s grandfather, Benjamin Guinness, 3rd Earl of Iveagh, was president of the brewing company, a company valued at more than a billion euros. Now it has also been known that the family donated the young woman’s organs, according to her will, and that four people received them.

The incident recalled that in the history of this family, in addition to the death of eleven of the 21 children of its founder, other misfortunes have occurred. Many of Arthur Guinnes’ grandchildren became alcoholics and died poor or were admitted to mental institutions, another was accidentally poisoned. But this event has also brought to light two other violent deaths in the family, that of Peter Guinness, who died in a traffic accident in 1978 when he was only four years old. And that of Lady Henrietta Guinnes who died that same year in Umbria, Italy, when she jumped from a well-known 14th-century aqueduct, Il Ponte delle Torri, in the town of Spoleto, about 100 miles from Rome.

The woman, sister of the Earl of Iveagh, who was head of the Guinness family, was then 35 years old and had inherited more than 5.5 million euros for three years that did not spare her. He had retired from social life and decided to go live in Italy seeking a quiet life in the country. There she married a 24-year-old medical student, Luigi Marinori, with whom she had a daughter, Sarah. But none of that prevented him from suffering from a depression to which his death was attributed. She had had a wandering life, with numerous love affairs not unrelated to the financial interests of her suitors, and she also suffered an accident in 1963 while driving an Aston Martin convertible in which she was seriously injured and never fully recovered from the aftermath. His lapidary phrase seems to accompany his legendary family: “If he had been poor, he would have been happy.”

The Guinness clan is much larger than the branch dedicated to the brewing of beer. Brewer Arthur’s brother, used his 100-pound inheritance to become a goldsmith and laid the foundations for the family’s commercial banking. There is also a branch linked to religion: 90 Guinness have been ordained clergy and are abstainers. Other Guinness opted for the family run. But between them there have been enough incidents for a serial. For example, Sebastian, son of Jonathan, the banker, spent a Christmas in prison sentenced to four months for a drug affair in Oxford that ended with the death of his second cousin Olivia Channon, something that affected the prestige of the saga that the Irish have the closest thing to their royal family.

According to an article published by the Sunday Times years ago, in the sixties The Beatles immortalized Tara Browne, niece of Lady Dufferin, an elderly great-great-granddaughter of Arthur, in their song A day in the life, after he was killed when his Lotus Elan collided with a car parked in Chelsea. Patrick Guinness was killed in a Swiss car accident and a German prince married to a Guinness cousin was killed by jumping into a river. And in 1978, in addition to the deaths of Peter and Henrietta Guinnes, Denys Guinness and Lady Dufferin’s teenage granddaughter died from what was always suspected of being drug overdoses. Some dare to say that a lapidary phrase from Henrietta seems to accompany her legendary family: “If I had been poor, I would have been happy.”