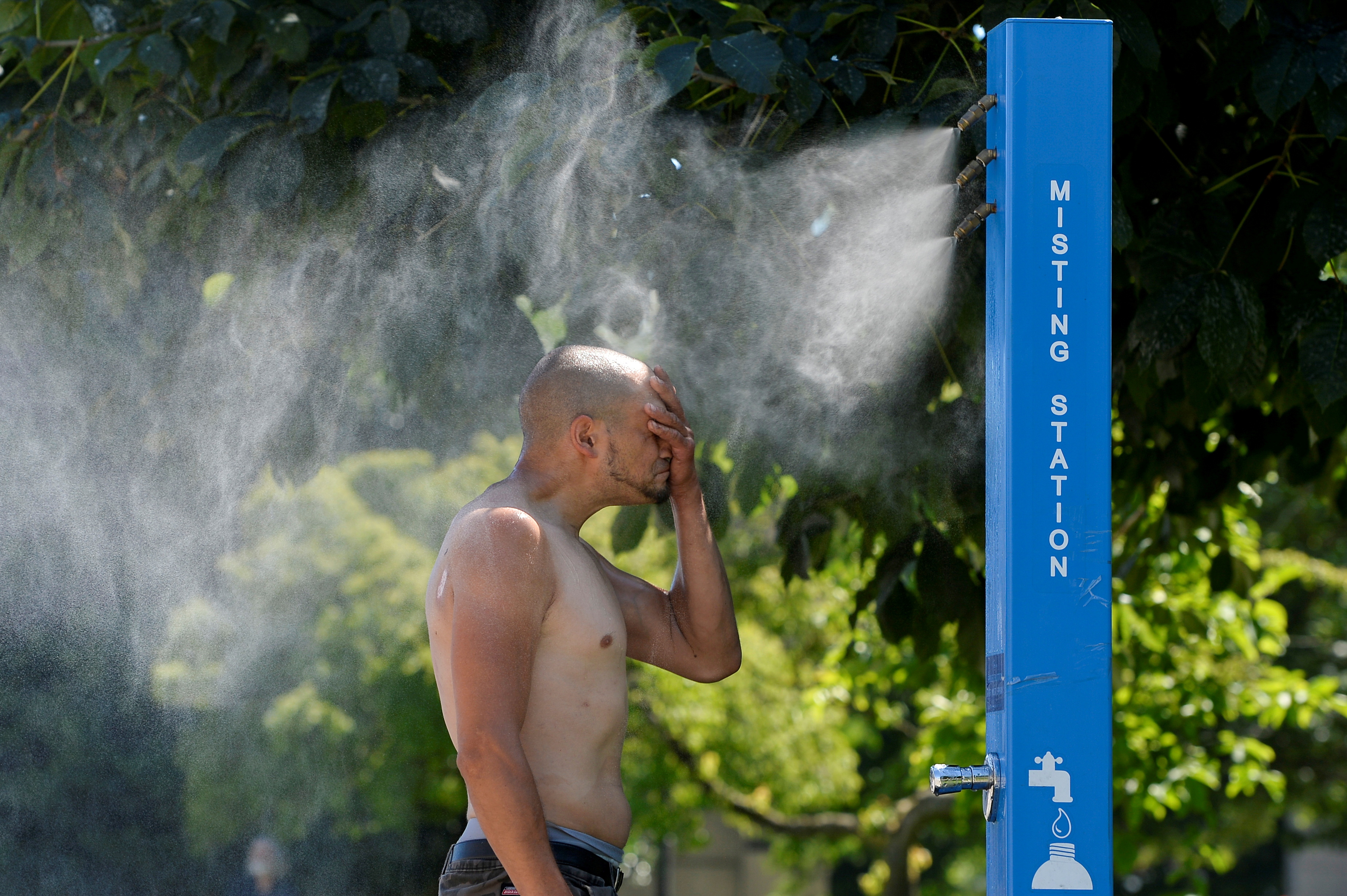 The heat wave that has hit western Canada and the northwestern United States since the weekend shows its deadliest side in the Canadian province of British Columbia. This Tuesday, the Vancouver police reported that they have received “more than 65 calls related to sudden deaths” since Friday, when on average they investigate between three and four deaths of this type in a normal day. The Mounted Police of Canada (RCMPsaid his Burnaby office responded to 25 calls between Monday and Tuesday adding to 9 on the weekend. The deaths are being investigated, but it is believed that “heat is a factor that contributes to most of the deaths. Many of those killed were older people, “said Corporal Mike Kalanj, spokesman for the RCMP, in a statement. For its part, the RCMP in Surrey counted 38 sudden deaths. Victoria police reported three. The Forensic Service of the province indicated to the chain CBC that normally around 130 deaths are registered in a period of four days, but that between Friday and last Monday, the figure was 233.

Mike Kalanj highlighted the risks of these temperatures for people with chronic health problems. “It is imperative that we take care of each other during this extreme heat,” he added. The province’s emergency health service had already announced that it responded, between Friday and Monday morning, to 187 calls for heat exhaustion and 52 for heat stroke. “Vancouver has never experienced heat like this and, sadly, dozens of people are dying. Our officers are on the edge, but we’re doing everything we can to keep people safe, “Vancouver Police Sgt. Steve Addison said on social media.

Several cities have set up centers so that people can protect themselves and cool off. One issue that has increased health problems is that many of the homes in this province – famous for its mild summers – do not have air conditioning systems. Dozens of schools have closed their doors and the vaccination campaign against covid-19 has slowed down. Canada’s Environment Ministry issued a warning notice in British Columbia since the weekend warning of “a prolonged, dangerous and historic heat wave.” He has asked the population to stay constantly hydrated, avoid outdoor activities and, if they do not have a nearby shelter, spend some time in libraries, shopping centers or other places with air conditioning. Likewise, the provincial authorities have banned bonfires, fireworks and the use of fireplaces.

Experts have explained that the rise in thermometers is due to high static pressure, giving rise to a phenomenon known as “heat dome”. The town of Lytton once again broke the record for the highest temperature recorded in the country. On Sunday he had set a new record with 46.6º; on Monday, the thermometer reached 47.9º. This Tuesday, the figure was 49.4º. In British Columbia, 60 heat marks were broken on Sunday; the next day, another 59 records were surpassed.

The Environment Ministry has reported that the heat wave will begin to decline on Friday. High temperatures are reaching the province of Alberta. The ministry also launched an alert notice in 34 regions of Alberta. This advisory includes Calgary and Edmonton, the most populous cities in the province. Electric power consumption in both British Columbia and Alberta has skyrocketed to record highs in the summer months.

Also Read  Antarctica: which countries claim sovereignty over this continent and why

Extreme heat is also found in the Northwest Territories. This Monday, the Nahanni Butte community broke the record for the highest temperature in this area of ​​the country with the mercury reaching 38.1º. According to opinions of various experts in the Canadian media, climate change is expected to increase the frequency of extreme temperatures.