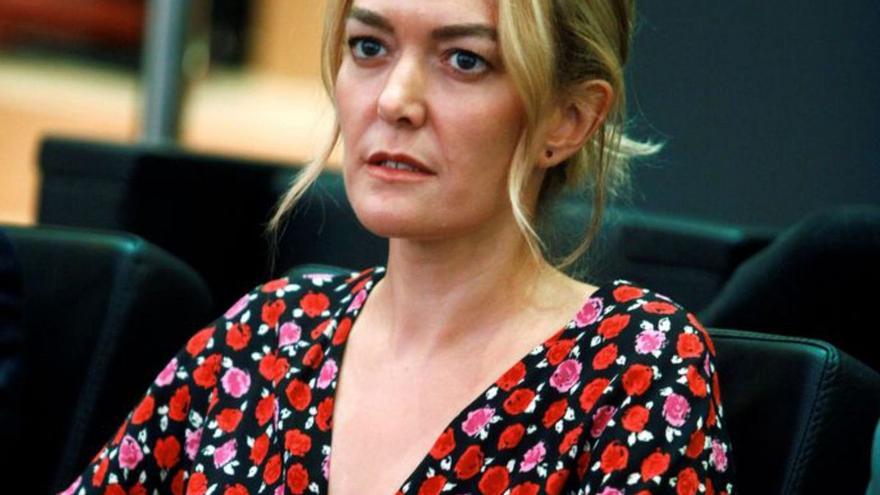 The four great empires of the fashion industry are family businesses. The Ortegas from Spain (Inditex), the Perssons from Sweden (H&M), the Fisher from the United States (GAP) and Yanai from Japan (Fast Retailing, Uniqlo) move the strings of the sector on a planetary scale. The Japanese textile multinational is the youngest of the four and the only one in which its founder, Tadashi Yanai, still holds all power at 72 years of age. The other two direct rivals of Inditex, GAP and H&M, are already going through the second and third generational change respectively and in both cases they follow the same pattern that Inditex now opts for the new era that starts in April with Marta Ortega at the helm: a non-executive presidency exercised by the heir supported by the executive management of what in the jargon is known as an outsider, a manager from outside the family who carries the weight of the company as CEO – or chief executive officer, CEO by its acronym in English—, in the case of Coruña, Óscar García Maceiras.

Óscar García Maceiras, CEO of Inditex. The 46-year-old lawyer from A Coruña will be Marta Ortega’s right-hand man. Maceiras will carry the executive weight of the company he entered just eight months ago. | WORRY

The formula is not the predominant one in Spain, where large family companies such as Banco Santander (Patricia Botín) or Mercadona (Juan Roig) have transferred all executive power to their successors. The same happens, for example, in the Coruña brewery Hijos de Rivera, which in its fourth generation maintains the surname in its first manager, Ignacio Rivera. It is the Latin model. The weight of internal executives reaches up to 70% in Italian companies according to the report The role of outsiders in family businesses, published by the University of La Rioja, which cites that in the United Kingdom, less than a fifth of family businesses continue to reserve management positions for younger family members. The Anglo-Saxon model. This is how “the codes of good governance advise it,” the document adds. This separation of functions is the one chosen in the leadership of Inditex, H&M and GAP.

Karl-Johan Persson, third generation of H&M. At 46, the grandson of the H&M founder has held the presidency since last year. Before, his father presided and he was the CEO, but in 2020 they gave the executive weight to a board of directors. | WORRY

The Swedish H&M: a grandson in the presidency and an executive of the house at the helm. H&M, with 18,244 million euros in turnover in 2020, is Inditex’s main competitor, which leads the fashion market with 20,402 million. The Swedish multinational is a third generation family business, founded in 1949 by Erling Persson. The company upended its leadership last year when it promoted Helena Helmersson to CEO. Helmersson (48 years old) is an economist and has been with the company since 1997, going through various positions of responsibility. His promotion was precipitated by the decision of Stefan Persson (74 years old and son of the founder) to leave the presidency and that this position passed to his son Karl-Johan Persson (46 years old). The funny thing in this case is that the creator’s grandson had been assuming the role of CEO until then. Since January 2020 the company has been piloted by Helena Helmersson. The Perssons are the richest family in Sweden.

Helena Helmersson, CEO of H&M. The Swedish firm’s first female executive is a 48-year-old economist with a long history with the company, since 1997. After several top-level positions, she was promoted to CEO last year. | WORRY

The Californian GAP: rise of a brilliant directive to clothe the second generation. The situation of the American GAP is the most similar to that of Inditex. The firm that Donald Fisher (81 years old) created in California in 1969 is in the second generation, in the hands of Robert Joseph Bob Fisher (67 years old, son of the founder). The father assumed the role of chief executive of his company until 2004, at which time the relief was opened. Since then, the division of the figures of president (Bob Fisher) and CEO (first Art Peck and now Sonia Syngal) has always been raised. The current CEO – Sonia Syngal, 52 – joined GAP in 2004 and before becoming the first CEO she ran Old Navy, one of the group’s networks. Between Peck and Syngal, Bob Fisher served as CEO for four months, but only on an interim basis. Now it has no executive functions. There is also an outside CEO Bobby Martin, with nearly two decades of experience at GAP.

Robert J. Fisher, second generation GAP. Bob Fisher (67 years old) has presided over his father’s company since 2004. He has served as CEO only occasionally, in moments of interim, but entrusts the executive part to external managers. | WORRY

Inditex: a non-executive president, a CEO and a new management committee. Last Tuesday Inditex announced that Marta Ortega Pérez (37 years old) will be non-executive president as of April 1 and that Óscar García Maceiras is now CEO. In the new stage, both will be supported by a new board of directors made up of nine senior executives with long experience in the company, all from the time of Amancio Ortega. Two of them, uncles of the new president, who will sit on the board of directors as a proprietary director (that is, representing the shareholders, which his father controls 60%). All these changes that give way to the second generation at Inditex happen through the departure of Pablo Isla (57 years old), whom Marta Ortega replaces. Until a certain point. Because Ortega will be president, but she will not be an executive. Pablo Isla landed at Inditex as CEO in 2005, with Amancio Ortega (85 years old) as Chairman. In 2011, with the departure of the founder, Isla began to perform both functions. This was the case until two years ago, when the company decided to transfer part of Isla’s responsibilities to a manager of the house: Carlos Crespo, who became CEO. Now, Crespo remains on the management committee and a newcomer, the lawyer from Coruña Óscar García Maceiras (46 years old), who will carry the weight of a company he entered eight months ago, has risen to the CEO.

Sonia Syngal, CEO of GAP. This 52-year-old executive has been the CEO of GAP since spring 2020. Before, she ran a chain of the group. She replaced the heir in office, who held it for only four months, until he decided for her. WORRY