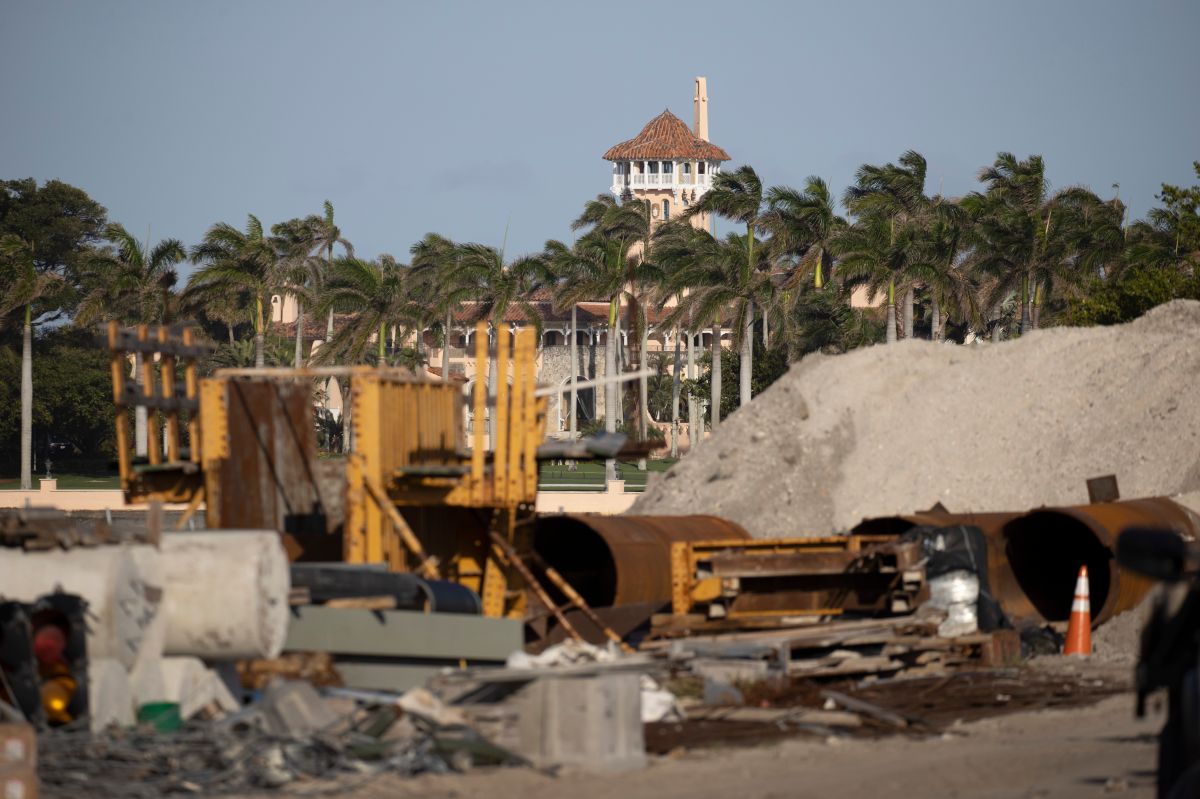 MIAMI, Florida – The helipad built in 2017 in Mar-a-Lago, the private club of southern Florida where the former president resides Donald Trump since he left the White House, It was already demolished in compliance with a municipal order, local media reported this Wednesday.

The municipality of Palm Beach, the island linked to the mainland by bridges where it is located Mar-a-Lago, does not allow helicopter flights over the city but in 2017 made an exception to facilitate Trump’s transfers while he was president and allowed the construction of the now-demolished helipad only for office-related uses.

The exception was valid for as long as Trump was in the White House, which could have been until January 2025 if he had won re-election last November, but was defeated by the Democrat. Joe Biden, who took office on January 20, 2021.

The demolition of the helipad cost about $ 15,000, according to reports from local media such as the Palm Beach Daily News, who interviewed city manager Kirk Blouin on the matter in early February.

Blouin told that outlet that Trump did not request to keep the helipad after establishing his permanent residence in Mar-a-Lago.

Mar-a-Lago, a waterfront property acquired by Trump in the 1980s, houses a private club in buildings that date back to the late 1920s.

Trump’s installation in Mar-a-Lago has raised controversy in the city, as there are groups of neighbors who do not want him in the neighborhood.

Some even claim that he cannot reside there, as he allegedly violates the agreements that the former president reached with the Municipality to allow him to convert the mansion into a private club.

The Palm Beach City Council discussed in a public hearing last week whether the former president has the right to reside in his club, but the decision on this issue will not be made until next April.

The first two defended that Trump has the right to live in the “owner’s suite” of his club and the other two questioned it, as did a citizen named “Taylor” who asked to speak at the hearing and said that Mar-a -Lago has become the “Office of the 45th President of the United States” and that generates concern in the city.

Trump, who was just acquitted in his second impeachment in Congress, this time over his supporters seizing the Capitol, is keeping a low profile in South Florida.

Just this Monday, President’s Day in the US, he drove to the place where his supporters were demonstrating and greeted them.