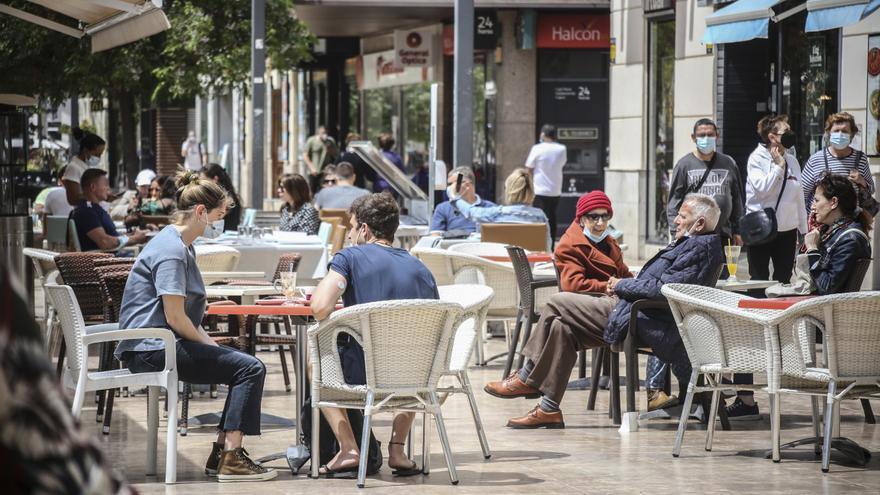 The hostelry and leisure are offered to the Consell as allies to control social gatherings once the state of alarm and they ask open until midnight, time in which the Consell intends to establish the curfew. They agree that 11 pm, the limit for the operation of the restaurant being considered, is better than 10 pm now, but they still consider it very fair to give two shifts of dinner. But there is more. They continue to demand that the capacity in the interior be expanded, now to 30%, so that businesses that are still closed can reopen.

The Provincial Federation of Hospitality (FEHPA) claims the extension of the closing hours of bars and restaurants until midnight to be able to recover the dinner service with two shifts, the progressive use of the bars, with the appropriate safety and signaling distance, and an interior capacity of two thirds to be able to install more tables. A measure that for now does not appear in the changes in the restrictions posed by the Consell. For banquet hall and event activities A plan of phases is requested with the expansion of the interior capacity to 50% this month.

In the same vein, the hoteliers of Elche spoke on Thursday who, in addition to this extension until midnight, consider that the time has come to increase the interior capacity of the establishments to 50% of their capacity, allowing the use of the bars to serve customers, as indicated by the Elche Hospitality Association.

César Anca, president of the Restaurant Association (ARA), expressed his doubts about the authority of the regional government to carry out the new curfew without the umbrella of the state of alarm. For this reason, it considers a new «mistake» on the part of the Consell not to have the hotel and nightlife sector to «control the clandestine meetings that are going to be held. Once again they turn their backs on us ».

“What we want is to be the ally that the Generalitat does not have to control social gatherings. Let them leave us until curfew, because we are the greatest and only ally they have. Let them use us. There were some working groups with the sector so as not to get to this, so as not to have to be speculating with hoaxes, because that generates more uncertainty. Why haven’t they been used to plan this? You can not be more botched, “says Anca. Regulated leisure companies also claim their role as a containment dam against macro-bottles and illegal parties that they understand will bring the end of the state of alarm as of Sunday, with the curfew in a “legal limbo.”

For the leisure sector, the FEHPA calls for a specific de-escalation plan for the reopening, especially of nightclubs, taking into account that it is a sector that has been closed for more than a year. In fact, they claim to recover the activity of the 400 businesses in this sector that in the province survive the crisis. Before the pandemic there were 683, that is, 41% have disappeared.

From the Business Coordinator of Leisure and Hospitality they claim from the Consell a specific item of 50 million euros although with the entry of more sectors in the Resistir + Plan they warn that the administrations will have to increase the endowment to be able to face the losses accumulated in thirteen months .