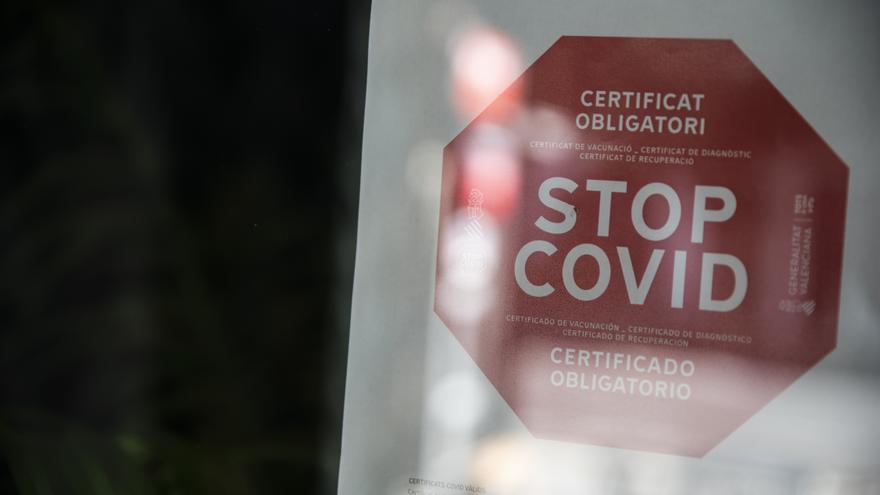 The sixth wave threatens to put back in check to tourism and hospitality, and cause a halt in the recovery that for both sectors was still far from complete. The growth of infections, which experts link with the omicron variant of the virus, have once again triggered the accumulated incidence of over 600 cases per 100,000 inhabitants and the Government and autonomous communities prepare new restrictions or reinforcement of the current ones that may affect hotel establishments.

Before the adoption of new measures, which the Conference of Presidents will analyze this Wednesday, citizens and companies are already taking preventive measures on their own initiative that are translating into a wave of cancellations of company lunches and dinners and postponement of reservations for meetings and events prior to the holidays. A stoppage of consumption that represents another blow to the restaurant business that hoped that Christmas would serve to consolidate the reactivation.

Hospitality of Spain, the employers’ association that groups restaurants, bars and cafes, predicts that the sixth wave will cause an unexpected break of between 1,000 and 1,500 million euros in the income expected for Christmas. The business association has substantially revised down its sales forecasts during the Christmas season due to the wave of cancellations accumulated in recent weeks.

The employer predicts that the sales of the national hospitality sector will be around 8,500 or 9,000 million euros, which will mean a decrease of between 20 and 25% in relation to the pre-covid levels of 2019. But the Hospitality Industry of Spain had calculated, until just a few days ago, that the fall in income in relation to prepandemic registrations would be this Christmas only between 10 and 15%, with income global accounts of about 10 billion euros.

“The complication of the situation caused that in the last weeks the great celebrations of companies with very large groups began to be canceled, reaching 75% of cancellations in this segment. But the small reserves were kept almost above 2019 ”, indicate sources from the hospitality association to EL PERIÓDICO DE ESPAÑA. “As of last week these smaller reserves also began to be affected, which forced us to modify our forecasts with a decrease in turnover of between 1,000 and 1,500 million additional euros.”

Bars and restaurants They hoped to consolidate the recovery in the final stretch of 2021. Sales for the year as a whole will be between 25 and 30% below the pre-crisis level, and the first estimates for Christmas represented a clear improvement. But the sixth wave has ruined their expectations and now the sector foresees that the stoppage will also continue in the first months of the new year and that the reactivation will not take force until the second quarter of 2022.

“The beginning of 2022 will be very hard for the sector, not only due to the impact of the new wave, but also due to the general increase in costs”, warns the President of Hospitality of Spain, Jose Luis Yzuel. “The first quarter of 2022 will be much worse than the end of 2021, but we remain hopeful that from there the path of recovery that we had started in this last semester begins, although the recovery of employment and billing figures they won’t be produced until 2023. ”

Also Read  The festive industry receives with relief 750,000 euros of aid from the Consell after a year and a half of hiatus

The sightseeing the demand stop in the middle of the sixth wave is also suffering very directly. The uncertainty due to the intensity of the pandemic or the possible application of new restrictive measures has meant that over the last year customers have been rushing the deadlines to make their reservations and that the last hour has proliferated.

As warned by the tourism sector, now those last minute reservations are also suffering in this sixth wave; especially the reserves of the national client, which is the one that has saved the sector this summer and this fall, while the demand of international tourists is still at half gas.

“The sector has gotten on a roller coaster, with continuous ups and downs,” sums up José Luis Zoreda, vice president of Exceltur, a sectoral lobby that brings together some thirty of the largest tourism companies in the country, which warns that reservations are slowing down and cancellations are taking place at an increasing rate. “The sixth wave is going to cause another break in the sector when it was already beginning to exit the tunnel.”

The fear that the omicron variant of the covid will again unleash the number of cases has led several European countries to resume some restrictions or tighten controls on travel. “It is a great stick for tourism and for the hotel sector in particular,” he underlines. Jorge Marichal, president of the Spanish Confederation of Hotels and Tourist Accommodation (Cehat). “The covid does not understand borders, it understands controls and sanitary measures. We demand that governments once and for all, and after a year and a half, establish the necessary protocols to guarantee mobility between countries with clear and fixed conditions ”.

Cehat has been warning in recent weeks of the “devastating effect” of the EU decision to oblige all travelers over 12 years from the United Kingdom to have the full vaccination schedule, when in that country still not those under the age of 16 are being vaccinated. A measure that has caused a collapse of British family tourism to Spain, with a 60% drop in reservations, and with the Canary Islands as the main destination affected in its high winter season. “We are doing harakiri. The restriction is a serious blow for the winter season in all of Spain ”, Marichal sentenced.

The airline sector also confirms that it is suffering a decline in flight bookings and also detects a flood of customers who take advantage of the companies’ flexibility policies to change the flights they had scheduled for the next few weeks and are transferring them for Easter or even for the summer. “The airlines are suffering continuous ups and downs from the pandemic. And now we are in one of the low”, sums up with resignation Javier Gándara, president of the Air Lines Association (ALA). “The new restrictions that European countries are applying are causing demand to suffer. In November, the airlines had managed to recover 70% of the travelers from before the pandemic. In December and January they are avoiding travel.”