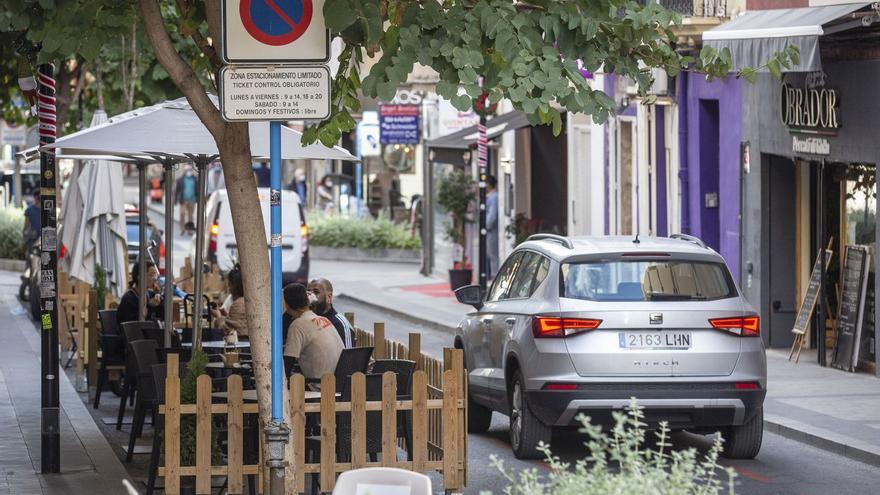 The Alicante hoteliers want to continue occupying extraordinary spaces on the streets with their terraces, such as parking areas, due to the fear of customers of consuming indoors due to the explosion of coronavirus infections due to the omicron variant. The current municipal permit expires next Sunday, January 16.

At the end of September, the mayor, Luis Barcala (PP), extended for the seventh time the permit for the expansion of the night tables and terraces of hotel and restaurant establishments, in application of the measures adopted to face the coronavirus since 17 May 2020 when the de-escalation began after the outbreak of the pandemic. The measure to expand the terraces, as justified by the bipartisan in previous decrees, has sought “to encourage bars, cafes and restaurants to be able to place as many tables as possible, respecting the corridors for pedestrian traffic, keeping the distance between tables ».

From the Alicante Restaurant Association (ARA) they explain that they have requested a new extension of the extension because the “sector is still not recovered” from the covid crisis. “We have requested a new extension, although we have doubts that they will give it to us because the decree must be subject to the limitations to the hospitality industry, which are lower than when the one that is still in force was granted,” said the president of ARA. César Anca, who on the other hand calls on the City Council to accelerate the renewal of the ordinance that controls the occupation of public roads, to include exceptional circumstances such as the pandemic, but also others such as windbreaks, in addition to an aesthetic regulation of the watchmen “to give it a uniformity ».

At present, as the Alicante hoteliers insist, the expansion of the terraces, so that the locals can occupy more space on the public highway than they have legally granted, would facilitate the business due to the fear of the locals of consuming indoors because of the greater exposure to contagions. At present, as they recall, restrictions on the hospitality sector are limited to groups of more than ten people indoors.

This request has also been sent to the government of PP and Citizens from the Association of restaurants and leisure venues of Alicante (Alroa). “We have asked for the extension of the permit, as the El Campello City Council has done. It is evident that it will be more complicated for this decree to be signed because it must be justified in the limitations. However, perhaps now less people come to the premises than when there were tougher limitations, “added the president of Alroa, Javier Galdeano, who argues that preventing the terraces from being able to continue expanding means, in practice, forcing customers to return to the interiors of the premises.

From the bipartisan, to questions from this newspaper, they did not respond this Monday about their intentions about approving or not a new extension of extension for the watchmen.

A terrace located in a limited parking area, in a central street in Alicante. | ALEX DOMÍNGUEZ