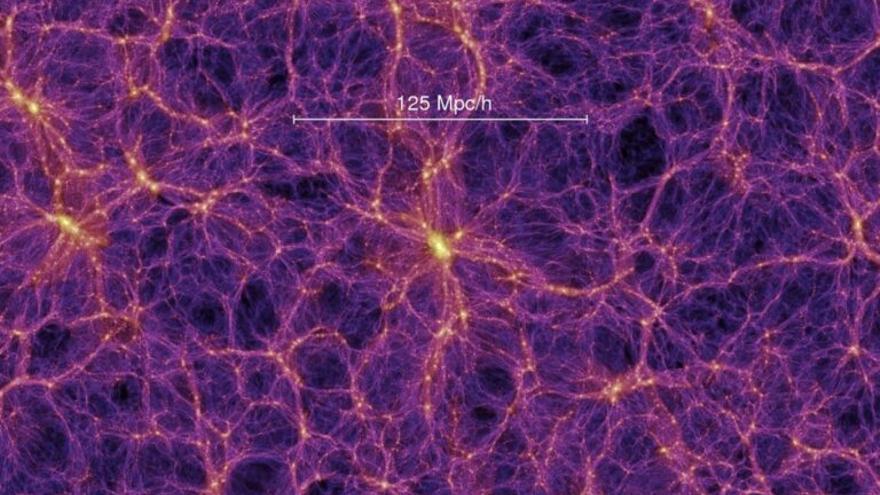 The universe could expand at different speeds because the Hubble constant grows as galaxies and stars scatter across the universe, according to new research.

To understand what that means, we must go back to the middle of the last century, when the astronomer and cosmologist Edwin Hubble convinced Albert Einstein that the universe was not static (as the German physicist thought), but was in an expansive state that could measure.

Hubble had discovered that the farther away a galaxy is, the higher its rebound speed, known astronomically as a galactic recession.

The relationship between the recession speed of a galaxy and its distance is the so-called hubble constant, the first observational evidence of the expansion of the universe: it supports the Big Bang theory as the origin of everything that exists.

Astronomers have used different systems to measure all aspects of the universe, from age to its rate of expansion: they have concluded that our universe is 13.7 billion years old and that it is constantly expanding, just as Hubble had established.

Hubble voltage However, they have also appreciated that not all measurements made of the expansion rate of the universe coincide with the Hubble constant.

Since then, they have tried to understand that anomaly, which is based on the fact that the expansion rate is not the same whether it is the early universe or the late universe.

This discrepancy is called hubble strain and it can be explained because in the early universe light moved through plasma, while in the late universe the gravity of galaxies and stars distorts the light between a distant source and its observer, which can alter the measurement of galactic motion .

At first, this Hubble tension was attributed to the technological difficulties that different measurement systems present, but more precise observations have revealed that it is not a question of calculation errors, but of very different measurements that call into question the Hubble constant.

relative constant A new research has now analyzed a database of more than 1,000 supernova explosions and verified that the Hubble constant might not really be constantRather, it changes according to the expansion of the universe: it would grow as the universe expands.

Such as Explain Astrophysicist Paul M. Sutter in Universe Today magazine, the researchers found that adding a bit of flexibility to standard cosmological models, and allowing the Hubble constant to change over time, eased the Hubble strain.

They added a new variable to measure how much the Hubble constant changes over time, and discovered a way to reconcile the early and late-time measurements of the Hubble constant, without being able to conclusively state that that constant is changing with time. weather.

These results, if sustained, could give theorists a way to introduce new physics to the universe and explain the constant Hubble strain, the researchers note.

New physics? “The extracted parameters are still compatible with the standard cosmological understanding that we have,” explains one of the researchers, Enrico Rinaldi, in a release.

And he adds: “they just change a little as we change the distance, and this small change is enough to explain why we have this tension.”

The researchers conclude that there are several possible explanations for this apparent change in the Hubble constant, one of which is the possibility of observational biases in the data sample.

However, they also warn that this anomaly may require new physics to explain the increasing rate of expansion, or also a modified version of Einstein’s gravity.