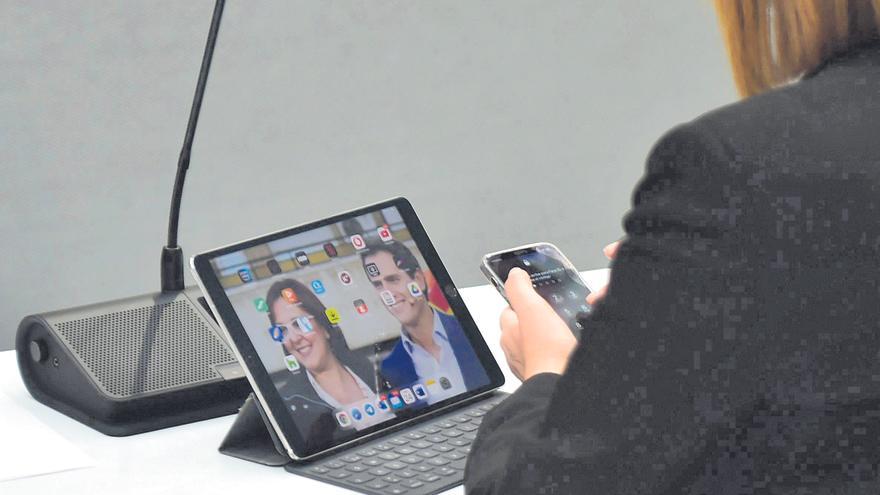 Perhaps in the central dome of Cs they realized too late that the impulse of the motion of censure collided with ‘the human factor’ within the Parliamentary Group itself that had to support the ingenuity elaborated in Madrid. In reality, what Cs was proposing was to make the regional coordinator president of the Community, imposed by hand from on high, with the necessary suffrage of those who, while pressing the button to bring her to glory, were self-destructing. And this without prior consultation, without coaching sessions to hypnotize the victims, and for the face. Hail Caesar, morituri salutant you.

In these cases, it seems normal that there is some gesture of resistance. Last Tuesday evening, before the presence at the party headquarters of Carlos Cuadrado, Deputy Secretary General of Arrimadas, all the deputies of Cs and the councilors of the municipal group of Murcia signed motions of censure, the regional one and the local capital. . There were only two slight disagreements, as has been stated here. Deputy Valle Miguélez did not see it clearly, and Councilor Mario Gómez did not understand that he was not mayor. The session was extended, and there was no time, due to the curfew, for Cuadrado and Franco to have dinner, as planned, to comment on the consequences of the initiative. Instead, the vice president and her colleague in the Assembly, Francisco Álvarez, probably met at the home of one of them.

At 11:14 p.m., the president of the Community, Fernando López Miras, received a call in which he was warned that the deputies and councilors of Cs had left the regional headquarters of Centrofama after signing the motions of censure. According to López Miras’ testimony, the tip came from the “friend of an orange councilor”, but at eight o’clock the next morning Carlos Herrera announced at the Cope “what is going on in Murcia” attributing it to the testimony of “two deputies of Cs ». We can deduce without any qualms that Franco and Álvarez warned the president of what was coming, and with this gesture they already explicitly showed their disagreement with what was signed a few hours before, “due to party discipline,” Franco said on Friday after breaking it. .

The first thing López Miras did after being stunned was to call the national secretary, Teodoro García, who in turn pressed Arrimadas’s phone despite the time, without obtaining a return. Later, between them, López Miras and Teodoro, analyzed the situation. Three possibilities. One: they suspected that the next day Cuadrado would appear in San Esteban with the signatures of the motion to pressure the president in order to obtain greater advantages in the Executive. Two: there was the possibility of immediately activating the call for elections, but if Miras did so, they both thought, Cs would not admit having signed a motion of censure, so that the PP initiative could appear as something extravagant, without support in a Politically explainable pretext, as in the case of Ayuso from Madrid. This inhibition has been interpreted, even within the PP, as a lack of reflexes conditioned by the fact that an immediate electoral advance would have excluded the possibility that López Miras could be a candidate, but there was a third possibility of a less dramatic reaction, in view of the internal dissensions of the Parliamentary Group of Cs: if there were disagreements in this party that could be expressed against the motion, it would not be necessary to call elections, which in any case would not have been, despite the defection of López Miras as candidate, predictably favorable for the PSOE and, of course, for Cs. Therefore, despite the tragic dawn, López Miras and Teodoro García opted for the third way: “Let’s wait and see.”

But the next morning, and although this is not confirmed even off the record by official PP sources, a defense mechanism was put in place, so that it could happen, fully confirmed by, to unofficial sources, reliable sources . In the PP they took out of the drawer ‘the Martínez Vidal file’, that is, the history of actions in her stage as councilor for Infrastructure in the city of Murcia. In view of the intentions in this regard, it is almost possible to believe that Martínez Vidal has been very lucky to be displaced from his option to the presidency of the Community, since a flood of information would have fallen on her that would try to question her political integrity and that perhaps they would have intercepted his race towards the inauguration of next Thursday. In some national digital newspaper there are already indications of this information spill, even in warning mode, and it is possible that heavy artillery will not be used, if it really existed, because, contrary to the literality of the saying, against the dead Moor has not been used. to waste thrown.

The million dollar question, after the ‘black dawn’, is how the vote needed to split Cs in two and reduce the sum of 23 required by the majority of the motion was obtained. It is hard to believe that Isabel Franco negotiated this issue with Valle Miguélez, who was the key, since there is no relationship of trust between the two. They assure in the PP that it was Valle herself, who called López Miras to announce her unchecking, and it is very likely, but this must have happened after a fine deal with Teodoro García, a key piece in this operation, which for him has meant a gold medal, won on his own merits as far as his political interests are concerned. It is accepted that the convergence between the Franco / Álvarez duo and, on the other hand, Miguélez, is due to the management of the PP, since they would not have reached an agreement between themselves.

Valle Miguélez’s decisive step is also due to the ‘human factor’, no matter how much she tried to argue her dissent from the motion of censure with political arguments. This deputy must have felt even more humiliated than Isabel Franco by the cavalier way in which Martínez Vidal has been treating her, sometimes even in public. Although she has had more patience than the vice president, and for this she has not expressed her emotions. Until the time has come to stop. But in both cases, Franco and Miguélez, in addition to the more or less contained emotional component, is above all the pragmatic.

One and the other, each in turn, are connected to the heartbeat of the party, with external contacts outside the official line that promoted and supported Martínez Vidal and that it seemed sufficient to exercise its power without the need to establish relations of empathy with deputies who may be adverse to him.

Something that may seem like an anecdote and that, in view of what is happening, we can see as a category: Franco’s table, which he carries everywhere, reproduced a screensaver with the image of herself with Arrimadas at the famous rally that they both shared in Plaza Belluga. Well, that portal has changed, now replaced by a photograph of Franco with Albert Rivera, precisely when Rivera is apparently away. It is an image that goes with her everywhere and that in this context reveals a wink. We could interpret it as an expression that she is not considered the only dissident: there are Villacís (Madrid), Cantó (Valencian Community), the Andalusian Juan Marín and others who, in theory, are going to mount it at the meeting of the national executive of Cs, and those who are said to be strategically in tune with the previous leader and founder. Eye to the data: What if soon, the Murcian deputies of Cs who are going to be expelled from the party regain their militancy due to a possible turn in the national leadership that will take Arrimadas ahead? Of course, it is foreseeable that Cuadrado will fall, since the fiasco that he has caused in Murcia is the icing on the cake of his role as campaign manager for the Catalan elections. And the incombustible Hervías threw in the towel yesterday with apparent detachment, which may mean a beginning of the collapse of the current status.

In the Region of Murcia, the first symptom of internal unrest has been manifested by the councilors of Cs who read in this newspaper that the pact of the motions of censure reached several cities, in addition to the capital, without them being previously warned. It was funny to see on television that while the socialist Diego Conesa confirmed that information, Martínez Vidal denied it the next minute, surely knowing that in the designated locations no one was going to impose on those from Cs that they change their partner by a closed pact in domes. It is not surprising that, for this reason, Franco has received applause and support from the towns, since Cs is a poorly organized party, as is clearly visible. If everything is done by finger, when the finger loses its footing, everything falls.

The political crisis in Murcia and its expansion to the national level allows, of course, strict political readings from the respective positions and also, of course, the most objective cold analyzes. But it is not possible to do without in this case the most notorious motivation, beyond politics: the human factor has been decisive. And Arrimadas’s call to Franco had a melancholic tone. Too late.