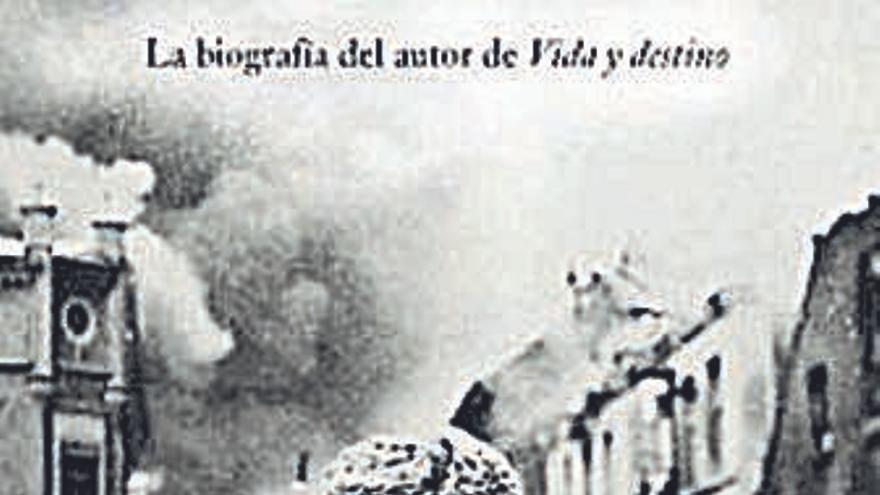 Last September, likewise, an excellent biography appeared written by the Russian journalist and historian Alexandra Popoff: Vasili Grossman and the Soviet Century. A well-chosen title, which alludes to two opposite poles: the writer and the communist regime. This opposition would bitterly mark the literary trajectory of an author who was suffocating due to the lack of freedom of the authentic creators in an implacable totalitarian state.

Two episodes reflect this radical contradiction very well. Grossman brought Maksim Gorki the manuscript of a novel about the lives of the Donbas miners, with whom Grossman had lived during his very hard experience as a chemical engineer in the region. Gorky enjoyed enormous authority as a prestigious writer in the USSR, and a letter from him could boost the career of any young colleague. But he did not like Grossman’s account, whose “naturalism” (in Gorky’s view) was influenced by Zola’s Germinal. Gorky was a defender of the so-called “socialist realism”, which embellished the Soviet reality. In his understanding, he wrote to Grossman, naturalism was “the business of photographers,” and it could not be applied to Soviet society because it “distorted” it. To describe alcoholism and the miners’ fights was to paint a very negative truth. But the “dirty truth of the past,” Gorki declared, has died and in its place a new truth has been born: that is the key to socialist realism. Grossman tried to follow this pattern and watered down the story, but if the novel stood out it was because of the veracity of its descriptions.

The second episode destroyed the existence of Vasili Grossman. The KGB seized the Life and Destiny manuscript, which, prior to the implosion of the USSR, could only be published abroad after the death of its author. Grossman wrote a poignant and naive letter to Nikita Khrushchev in defense of his book. Five months later, he was summoned for an interview with Mikhail Suslov, which would take place on July 23, 1962. Suslov, “the gray cardinal,” was a hard-line communist, who led the Soviet ideological machine under Stalin. , Khrushchev and Brezhnev. The meeting lasted three hours. According to Grossman’s own summary, Suslov told him: your novel cannot be published. It is a political book. You are wrong when you say that it is only an artistic work. Certainly, we are restoring Lenin’s democratic norms, but these norms are not those of bourgeois democracy. You think that, in your case, we have violated the principle of freedom. Yes, it is so, if one interprets freedom in the bourgeois sense. But we have another interpretation of freedom, which does not consist of the right to do what one wants, without taking into consideration the interests of society. Only the imperialists and millionaires need that freedom. The Soviet writer should only produce what is necessary for the people and useful for society.

Also Read  They discover a cryptocurrency farm in Crevillent

Grossman, who died in 1964, still had time to write, among other stories, the novel “Everything flows” (also published here by Galaxia), whose central message is that “there is no objective in the world for which one can sacrifice the freedom of man ”. Her political ideas are summarized as follows by her competent biographer: all her life she maintained her faith in democracy and in the ideals of the February 1917 revolution (that of the alliance between liberals and socialists), which had promised freedom, equality and respect to human rights.