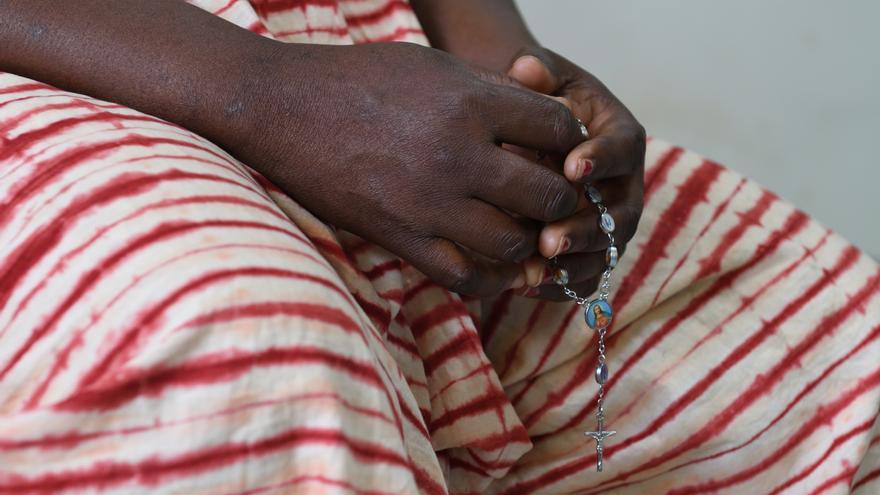 I hardly knew my father, I think the warlords took him away and he died young. And my mother raised me.

My mother… is a fantastic woman… slim, she seems small, but she is capable of walking with many kilos in bundles and of carrying the three of us on top too. In addition, every day he travels almost three kilometers to bring us water to drink. Yes, that’s my mother!

Where I live there are no schools, but some time ago a very kind white man came and explained to us that our area is called the Sahel, and that some call it “the belt of hunger”. He also told us that we are one of the poorest areas in the world and with the worst living conditions. I have a certain facility for numbers, and I retained that our human development index was 0.4, while the first in the world is Iceland, which I don’t know where it is, but it reaches 0.96.

You know Many nights I have dreamed that I am traveling to Iceland. And that there are places where children can play and eat their fill, even that which we have only seen in some photos and which are called trinkets. How much I would like to try them! My mother told me that there are places where children study and go to schools, that it is like the shack where Mr. Sawadogo gathers us, but much bigger.

Hamidou died a week ago. My mom told me it was due to a disease called polio, which first made him unable to walk and then stopped his breathing. Hamidou was my friend, we planned to travel very far when we got older, to places where people eat every day and how much they want.

Mr. Sawadogo told us that in other places children do not die of these diseases, that there are injections that prevent them and that all children grow up, that it is not like here, that many of my friends have left with the Great Spirit .

Do you know what I would really like? It’s going to sound silly, but it’s what would make me happy: having a racket. I really like to play kura, and we do it with rolled cloths, which we hit with some dry birch branches. But once I saw some guys playing with something called rackets and ever since then I dream of owning one. I don’t know if it will ever be possible.

Yesterday my mom died. He fell off a cliff and broke his leg. The bone was poking through his skin, and Mr. Sawadogo said he was going to die. And so it was, because the fever oppressed her heart and carried her away with the Great Spirit.

When we buried her, Mr. Ouattara, a very powerful man, appeared. They say that it has ships that travel all the seas of the world. He was very affectionate to me and told me that if I worked for him he could take me to a place called Europe, where children play with rackets and eat sweets. I told him that I wanted to go to Iceland, and he laughed. He told me that maybe he could get it.

I’m very happy. Tomorrow I’m going to leave here. A long journey awaits me, but Mr Ouattara has told me that everything will be fine. That in Europe they are so rich that they don’t mind sharing their wealth with us, that there is food for everyone there and that I will find a job with which to earn money and live well and take my brothers there. It is true that they have stayed here to work for him and that I have had to give him everything my mother had, but that does not matter to me, because I think that very soon I will have a real racket. Actually I just want that, a racket, try some candy and live with my brothers.

Could anyone find that wrong?

Maybe, with a bit of luck, in some time I can get to know Iceland.