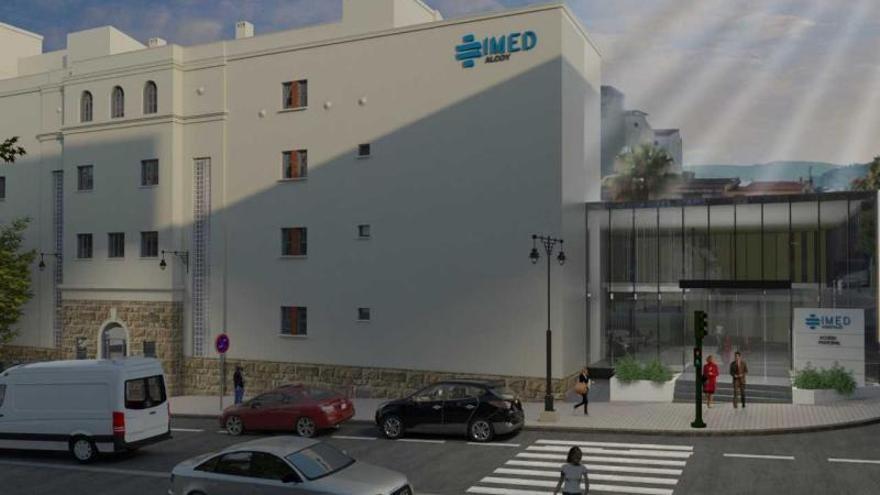 The private healthcare group IMED Hospitals has incorporated the former Sanatorium San Jorge de Alcoy, which is currently being rehabilitated to transform it into a modern center, in which different services will be offered. According to company sources, the refurbishment works are already in their final phase, and it is expected to start operating in early 2022.

Located in the upper part of Oliver Street, in the Santa Rosa neighborhood, the Sanatorio San Jorge opened its doors in the 1950s. From then until today it has been operating as a private health and hospital center, in which it has been offered a portfolio of services comparable to those existing in the public system, such as specialties and some surgeries. In fact, the center has been part of the shock plans launched by the Ministry of Health to reduce surgical waiting lists, by referring patients with different pathologies from the entire health department to it.

This concept will change with the incorporation to IMED Hospitales. With the reform of the old sanatorium, according to the same sources, it is intended to offer the inhabitants of Alcoy and its surroundings a modern center with state-of-the-art facilities, as well as the latest technology, following a high-quality and adapted standard, the company adds, to the current demands and needs in the field of private health. The property, its premises and its equipment required a profound reform, after which it was positioned as a private center with state-of-the-art technology and facilities, similar to those the group has in other locations.

Parallel to the rehabilitation of the old sanatorium, IMED Hospitales will build a 1,200-square-meter building in the Cotes Baixes industrial estate, in which it will locate outpatient specialist consultations as the most prominent unit. The same sources explain that this model of health center, in which the outpatient clinics are separated from the hospitalization building, allows improving the care provided to patients, with dedicated spaces exclusively for the different activities. Its start-up is also expected for the beginning of next year, at which point the center will operate under the name IMED Alcoy, leaving behind the old name.

The planned investment between the renovation of the old San Jorge Sanatorium building and the provision of state-of-the-art equipment for its commissioning is 5 million euros. IMED sources indicate that the facilities will have hospitalization services, operating rooms, diagnostic imaging, physiotherapy and clinical analysis, along with the main medical and surgical specialties.

The health group already has an important implantation in different parts of the province, since it has centers in Alicante, Elche, Torrevieja, Benidorm and Teulada. It also has hospitals in Valencia and Gandia, which makes it one of the main references in private healthcare in the Valencian Community. The network is completed with another center in Murcia. More than 2,000 employees are part of the group today, according to company sources.