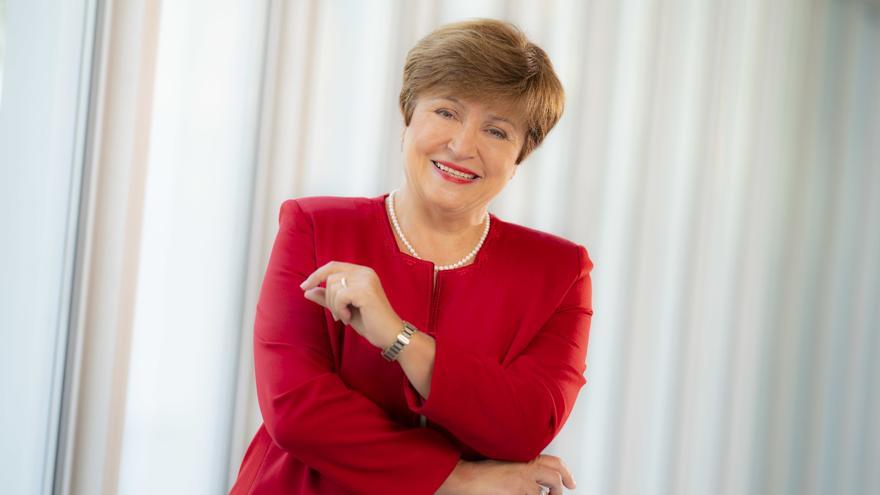 The International Monetary Fund (IMF) will improve its growth forecasts for the world economy next week for this year and the following, currently at 5.5% and 4.2%, respectively, reflecting the positive impact of the new stimuli approved and the expected effect of vaccination progress on the recovery of activity in the second half of 2021.

The international institution will hold its traditional spring meeting with the World Bank between April 5 and 11, which for the second consecutive year will take place virtually. On April 6, the IMF will publish its new report ‘World Economic Outlook’, which includes updating its macroeconomic projections.

“In January, we project global growth of 5.5% in 2021. Now we expect further acceleration: partly due to additional support, including the new fiscal package in the United States; and partly due to the expected vaccine-enhanced recovery in many advanced economies by the end of this year, “said IMF Managing Director Kristalina Georgieva.

However, the Bulgarian economist has warned that although the outlook has generally improved, they diverge dangerously not only within nations themselves, but also between countries and geographic regions. “In fact, what we see is a recovery, increasingly powered by two engines: the United States and China“He pointed out in reference to the small group of countries that by the end of this year will be well ahead of their pre-crisis GDP levels.” They are the exception, not the rule, “he pointed out.

In this sense, Georgieva has warned that the cumulative loss of income per capita relative to pre-crisis projections will be 11% in advanced economies for next year, while for emerging and developing countries, excluding China, the loss will be much worse, reaching 20%, which means that millions of people will face homelessness, homelessness and hunger.

He also noted that while a faster recovery is generally good news, it may also generate some less-than-desired results, including the risk that accelerated growth in the US could lead to a slowdown. rapid rise in interest rates, which could lead to a sharp tightening of financial conditions and significant capital outflows from emerging and developing economies. “This would pose great challenges, especially for middle-income countries with large external financing needs and high levels of debt. Many of these countries will need more support,” he said.

The end of the pandemic: 7 million to GDP

In this way, the director of the IMF has expressed the need to follow the example of the scientific community and intensify the international collaboration in the fight against the pandemic “doing whatever it takes to increase the production, distribution and deployment of vaccines.”

“Faster progress to end the health crisis could add nearly $ 9 trillion (€ 7.6 trillion) to global GDP by 2025,” stressed Georgieva, warning that “the window of opportunity is rapidly closing. “So the longer it takes to accelerate vaccine production and launch, the more difficult it will be to achieve these benefits.

Likewise, the Bulgarian has reiterated that as long as the crisis continues, the support measures for viable households and businesses, which requires more specific policies and credible medium-term time frames, as well as the maintenance of accommodative monetary policies, although without losing sight of the risks to financial stability.

On the other hand, the director of the IMF recalled the need to safeguard the recovery, so that, as the pandemic recedes, support measures should be withdrawn, although she stressed that this transition should be handled carefully to cushion the impact on workers, through the implementation of income support, specific subsidies for hiring and for the professional retraining of affected workers.

There should also be more support for viable small and medium-sized enterprises through capital injections and more efficient bankruptcy procedures, Georgieva has recommended, stressing that SMEs are the world’s largest employer.

In addition, the crisis has revealed the Importance of investing in resilience, especially in the face of climate shocks, which is generating a new impulse towards greener, smarter and more inclusive economies, although so far only a small fraction of the fiscal stimulus implemented has been directed to the climate and green finance. “A coordinated push for green infrastructure, combined with carbon pricing, could boost global GDP by 0.7% over the next 15 years and create millions of jobs,” he added.

Likewise, he highlighted the potential represented by digitization, including different aspects such as online commerce, the issuance of digital currencies or investment in digital infrastructures, which could transform the economic system, boosting productivity and the standard of living, although to unlock This potential will have to be combined with better infrastructure and greater access to the Internet with greater investment in people’s education and health. “This requires sufficient public revenue and restructured national tax systems for the 21st century, which in many cases will mean making them more progressive and fairer, “argued Georgieva.

These changes must be accompanied by the modernization of international corporate taxes through multilateral efforts, to ensure that the most profitable firms pay a fair share where they do business, which will help strengthen public finances, especially in the poorest countries, has apostilled.