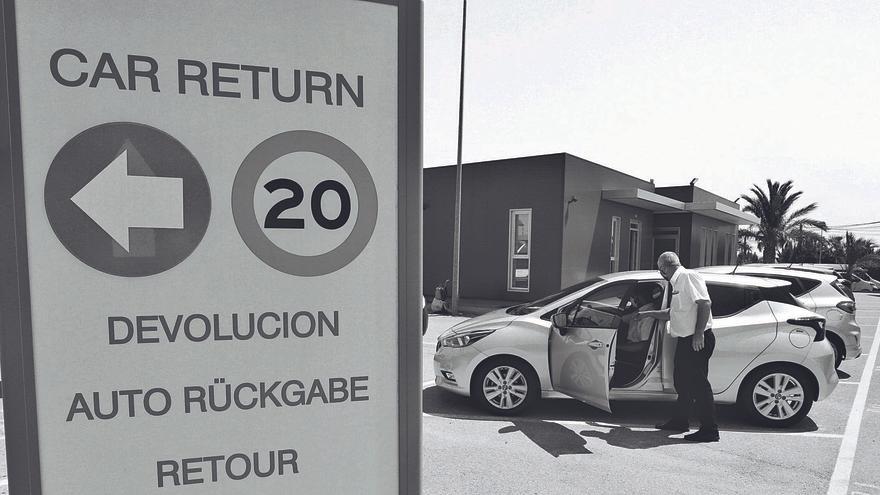 Until last September, automobile exports doubled, up to 109%, due to operations that represented a value of 147.5 million, according to data published yesterday by the Institute of Foreign Trade (ICEX) in Alicante. The upward trend in exports from this sector has already been detected since last April, a period that coincided with the Easter holiday dates and which was the first challenge for the tourism sector in full confinement and with uncertainty about the behavior From the market.

Until April, foreign car sales grew by 11% compared to the same period in 2019. A variation much lower than that of 109% until September, since in spring it reached only 38 million. An evolution that Mauro Derqui, president of the Community Vehicle Rental Business Association (Aecoval) is not surprised. “The export of cars to the second-hand market of the European Union is one of the usual outlets for rent-a-car, but, due to the health and economic crisis that the country is going through, the figures have increased this year,” he says .

The collapse of the arrival of tourists to the province during the summer due to mobility restrictions in several European countries has forced many car rental companies, especially the larger ones, to reduce their fleet by around 40%, in the national territory, according to Derqui. Large companies, but also medium-sized ones, have made the strategic decision to sell overseas the vehicles they do not need due to low activity and thus mitigate losses. “Some may cover the loss of income, but they will not compensate for the total damage suffered,” explains Mauro Derqui. Fundamentally, the destination of vehicles is the European second-hand market, “where there is demand, despite the crisis,” warns the president of Aecoval. Among other reasons, because the cars of the rent-a-car companies are considered pre-owned vehicles, since they barely reach two years old when the companies decide to sell them.

In the ranking of the ten main products exported by the province between January and September, vehicles occupied the seventh position, when in April they were placed in the penultimate. And it is the sector that registered the highest growth, more than 100%, although with economic values ​​much lower than those of footwear, which is the first export sector, or those of fruits and vegetables. The latter, however, are the ones that have maintained an upward trend since the beginning of the pandemic, precisely because they are an activity considered essential for the supply of food to the population. Until September, citrus, vegetables or legumes increased their exports by over 10%. The toy, however, was down 9%.

On the other hand, the markets also maintained a similar evolution to that of recent months, except in the case of Germany, which until September bought 9% more products from the province. In contrast, France, Alicante’s first customer, continued its downward trend (-2.8%); The United States fell 20%; United Kingdom, 10.3%; and China cut its purchases by 32%. However, the markets of Russia, Sweden, Croatia or Poland grew by around 10%.

The impact of the covid on international trade is evident in the monthly balance sheets since the beginning of the pandemic. Likewise, imports of products to the province have been registering continuous falls. Until September, Alicante purchases abroad fell 14.7% compared to the same period in 2019.