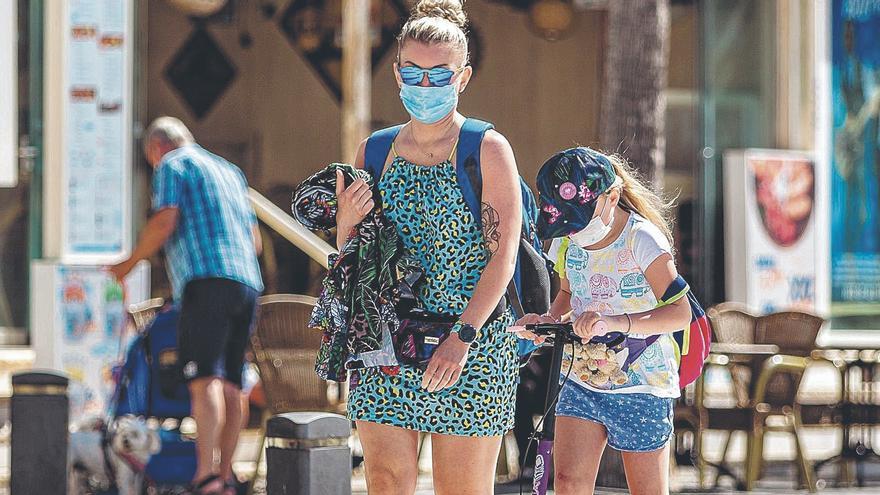 Sources from the Presidency of the Generalitat recalled that on this point they share the opinion of the tourism sector and the Minister of Health herself, Ana Barceló, yesterday transferred to the Government that the Generalitat opposes the use of the mask on the beaches while sunbathing and, of course, bathing, and so he will transfer it to the next interdepartmental meeting. However, this measure and the restrictions on mobility between the autonomous regions have left the average bridge occupancy at a poor 35% in the hotels on the Costa Blanca, when, in addition, only 40% of the hotels are open.

“At this point, every day it is difficult to believe that this is due to the lack of knowledge that the health authorities have of the sector or a series of errors. It is clear that we are before a clear strategy to prevent people from being on the beaches this Easter, especially after what happened last weekend in Barcelona. In the Government they do not find out, they do not know the sector and I think they are not even aware of the year they have made us, “said Nuria Montes. And it is that hotels have seen how the imposition of the use of masks directly torpedoes the marketing of next summer’s vacation, that was already very complicated, according to sources from the employer’s association.

«They do not measure the consequences of their actions and make foolish decisions because there is no scientific basis, -and the experts say so-, to impose the use of the mask on the beach and in natural spaces, where distances can be kept. This way, the covid is not controlled, but they do not care exactly the same. They admit that they must qualify the decree but they have not changed it, and it will not be because the State does not have lawyers and people prepared to publish a statement of errors. They simply do not want people to go to the beach at Easter, but they do not calculate the damage that this causes, not for these days, I insist, but for next summer ”, stressed Nuria Montes. The tourism sector could not face a summer like last 2020 and, in fact, the first permanent layoffs of workers have already taken place, after leaving the ERTE.

In this sense, the president of the employer’s association, Toni Mayor, recalls that, “at the moment, the hotel and tourist accommodation industry is one of the few areas of activity that is almost completely paralyzed by the effects of the covid.” While other sectors have been able to open their doors and start working, even partially, “40% of the hotel plant has been closed tight for 12 months, although losses began to be generated much earlier with the multiple cancellations of reservations, events that have been happening since January 2020, before the state of alarm.

Hosbec considers that «The time has come for action, because if we don’t do it, the consequences will be irreparable. In addition, the outlook is not at all favorable for the coming weeks and even months, with vaccination at a rate that is “frustrating because of its slowness and with a threat of a fourth wave of infections that will have little to do with tourist activity but that will condemn us to keep the companies closed, “they asserted from the hotel management. Regarding the rhythm of sales for the summer, the announcement of the imposition of the window and the low rate of vaccination cause the hiring of foreign tourism to be concentrated in the fall and even by 2022.

Healing, marked by the I want but I can not

The Minister of Health, Ana Barceló, and the president of the Generalitat himself, Ximo Puig, which in this matter follows the instructions of the toilets to the letter, they are now preparing the strategy to take to the interdepartmental council next week where it will be decided how they qualify the government decree that has imposed the use of the mask at the state level. An imposition that, paradoxically, had already been in force for a month in the Valencian Community, when the Health Department decreed that the mask had to be used, with the exception of athletes in all outdoor spaces, including beaches, although it was could keep the safe distance. On the beaches, as they admit from the Consell, it was only allowed to remove it from his face at bath time. It was February and then, except for athletes, few were those who dared to go into the sea. Time went by, the sea water is still cold, but there are already days when you want to sunbathe on the sand, hence, regardless of the decree, now the Generalitat is prey to its own legislation. Next week the decree will be softened – we are on the way to May – first the state one and then the regional one. On Thursday, no one from the Consell, who says they are against the use of the mask on the beach, set a date for the end of the ban. For the moment, then, it is still in force.