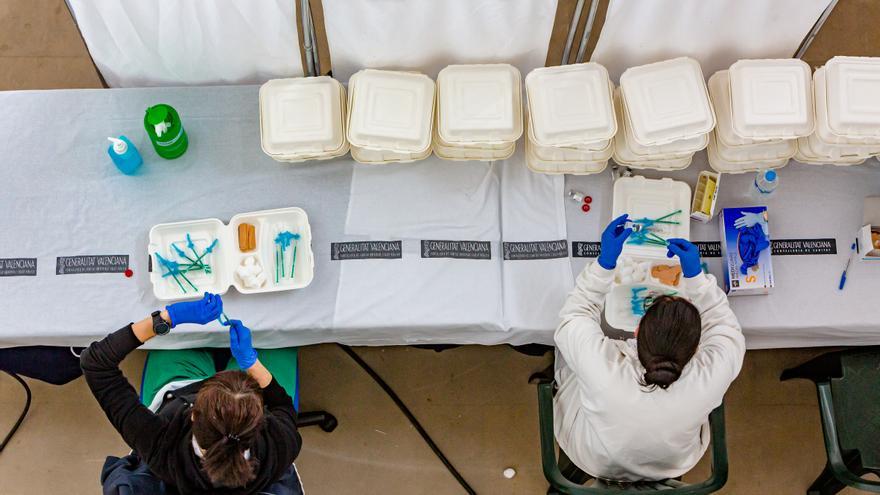 The Ministry of Health has updated the data by municipalities and departments on Tuesday. It follows from them that seven health areas of the province increase their incidence accumulated in the last 14 days. Of them, the Marina Baixa, Elche and Torrevieja are at “medium risk”, above the average for the province. The last one was already a week ago; the other two departments have passed that threshold in the last seven days.

On Elche, the cumulative incidence is currently 77.77 cases per 100,000 inhabitants; just a week ago it was at a rate of 42.48; This increase makes it the department with the highest rate of infections in the entire province. In addition, from 71 active cases it has gone down to 130 in those days. However, this health area includes the town of Elche, where in recent days there has been a rebound in positives related to end-of-year trips to Mallorca where an outbreak has been detected that already affects more than 100 students from the Valencian Community.

On In the Marina Baixa, the cumulative incidence has gone from 42.66 cases to 66.73 in seven days, which also makes it a “medium risk” at the traffic light that measures the incidence rate. In this health area, it has gone from 78 active infections to 122 in just seven days. Torrevieja is the third department at the same risk of contagion threshold, a place that he already occupied last Tuesday, although Yes, the cumulative incidence has decreased from 65.37 cases per 100,000 inhabitants to 56.11. Thus, 103 people keep the virus active (a week ago there were 120).

At the threshold of “low risk”, that is, between 25 and 50 cases of cumulative incidence, are the departments of the General Hospital of Alicante, Sant Joan, Dénia, Elche-Crevillen and Elda (This health area is very close to the “new normal”, less than 25 rate cases).

Dénia, Elche-Crevillent and Elda These are the three departments that this week have changed their situation from “new normal” to “low risk” after an increase in incidence and active cases. In the first of them, the 15.82 rate per 100,000 inhabitants to 35.16; and from 27 active positives to 60. In the second, the cumulative incidence in the last 14 days has doubled, going from 20.99 cases per 100,000 inhabitants to 43.26. In this department, 68 cases remain active (there were 33 seven days ago). ANDn Elda, the increase in positives has made it go from only 11.08 cases of accumulated incidence to 25.33 and from 21 people with the active virus to 48 at the moment.