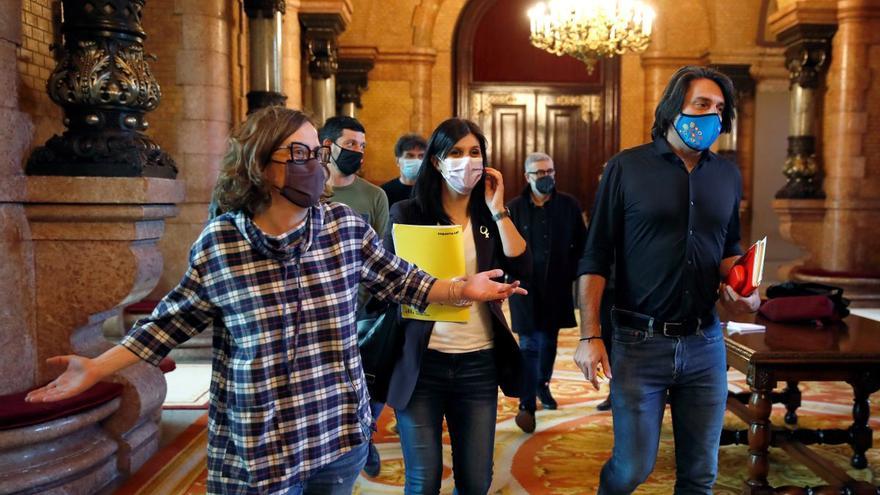 The National Agreement for Amnesty and Self-Determination it is still in limbo waiting for something or someone to push it decisively. Almost eight months after the arrival of Pere Aragonès at the Palau de la Generalitat, little has been done to create this unitary body of the independence movement that, in principle, should have been born in parallel to the dialogue table. And what is more surprising, being Aragonès himself responsible for his impulse (as he announced in his investiture debate), neither Junts nor the CUP have shouted to the heavens for the failure of the ‘president’.

The dialogue table between governments remains today the only proposal to channel the Catalan conflict. A forum that, before the electoral cycle of 2023, may be subjected to strong turbulence, to the point of ending it. The independentistas, believe or not in the usefulness of the table, confirm that until next year there is no other realistic proposal and this freezes, in turn, the design of alternative plans to the forum. The 2023 limit is nothing new. The perspective of the electoral cycle has already led CUP and ERC to foresee a question of confidence of Aragonès in that year. After the anti-capitalist ‘no’ to the budgets of the Generalitat, that motion has declined.

The National Agreement promised by Aragonès was thought of at the time with two objectives: to scrutinize the progress of the negotiations with the Government and to decide what to do if dialogue fails. The conversations exist, they are periodic, but they do not advance beyond the basic consensus: amnesty, self-determination, the defense of parliamentary sovereignty and the activation of the foreign front to internationalize the ‘process‘. As soon as they go into detail, what would be the how, the disparity of strategies (or the lack of them) runs aground a unitary plan.

“Work is underway. We want it to work, to [su nacimiento] it is not just a one-day media impact”, Republican voices respond to the question of whether the ‘president’ will activate the Acord immediately. Sources from Junts assert that, since August, when they proposed their candidates, “no progress has been made “.

The CUP, accustomed to stepping on the accelerator, now does not want to press for fear that this new body will be another sterile space that will come to nothing. So let the driving core (David Fernandez, Marina Geli, Quim Forn Y Carme Forcadell) work discreetly and become publicly active when there is a more promising horizon for independence. For the CUP, the dialogue table is a wall that stops the mobilization and, therefore, the development of a new roadmap.

The anti-capitalists consider that the only way to advance is by agitating the streets in other struggles, such as the Right to decent housing and the language immersion, in order to show that “the margins of the Constitution are narrow for their desires”. This translates into being able to reach social sectors not aligned with the ‘procés’ to broaden the base and generate “a democratic revolution, linking rights to sovereignty”, that activates a mobilization that is “unsustainable” for the State, to the point that it requires the attention of the international community and force ERC to blow up the table.

Together they play another game, which is the wear and tear of their Executive partner. The clash with Aragonès due to the Puigdemontist line-up at the dialogue table has not moved the match one iota. As a JxCat voice sums it up, “It’s perfect that we’re not at the table, because there’s no progress.” Junts’ strategy is for ERC to bear the responsibility both for the dialogue table does not bear fruit such as that the forum where the forum should be designed is not activated plan b.

In fact, there are those who, within the party, consider that it is a gross error that there are leaders, such as Laura Borràs Y Quim Torra, that they lambast each other in public for not having already agreed on a Roadmap, thus losing the opportunity for the Republicans to carry that little owl alone.

Of course, Junts, like the CUP, recognizes the difficulty of agreeing on a joint plan now: “It is okay to recognize that there are times when you do not know where to navigate,” acknowledges an authorized spokesman for the post-convergence force.

For the Republicans, there is no other option than to persist in the dialogue forum with the State until it is exhausted. Do you think it is possible to achieve a referendum? No. But they are perfectly clear that the Catalan side cannot get up from the table and that, they hope, it will be the part of the State that passes, in the eyes of the international community which blocks the dialogue.

Until that happens and until the vote for pro-independence parties rises much higher than it is today, that same reality principle that ERC applies to 1-O (that there was no international support) is also valid for any plan b that it is not “realistic”, as the ‘president’ pointed out in his message from Sant Esteve.