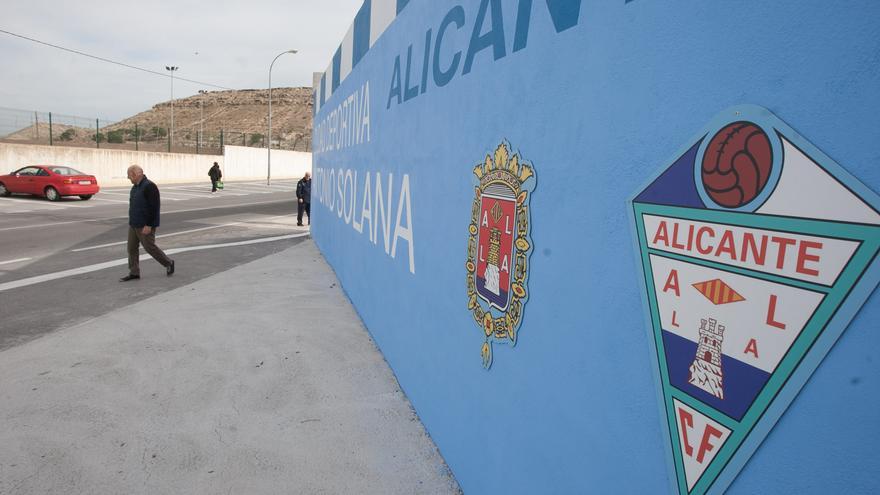 It is at least curious than with two billionaire owners, Hercules and Intercity, fight over a third party’s treasure. A poor third party, shaken and always on the edge of the abyss such as Alicante, which enjoys the Antonio Solana stadium concession despite being municipally owned. The first two have taken turns to enjoy the field, an oasis of natural grass among so much artificial that the city has, for this next season that appears stealthily. Meanwhile, Alicante, re-founded years ago but with its usual luster – it had just been champion of Preferential-, deal with a threatening new debt.

The until now president, the Italian Rocco Arena, is going to attend the other club he manages, Messina, and the celestial club is left with about 130,000 euros pending payment. An amount is suffocating a club that has now been left in the hands of a management board headed by Antonio Alcaraz, famous patron of Alicante regional football, and who also has other visible heads such as Luis Manuel Morote, former president of the entity. They must be the ones who decide what direction the entity of Villafranqueza will take; now they are considering several paper proposals and a more serious one, that of Intercity, which promises to assume the debt of the celestial.

Within Alicante, division of opinions. Some see with good eyes the operation with Salvador Martí, even knowing that he will proceed to such a negotiation with the purpose of gaining hours of training at the Antonio Solana for Intercity. Alicante has priority, but if they control it they will do and undo at will. Another part of the celestial partners is suspicious, assuming that they will be relegated to the annexed field of artificial turf but what they really fear is that the play will be, in a few years, that of disappearance.

The Intercity denies such an end, and ensures that he will spend a good amount in Alicante, to even upgrade him and, of course, keep his name, his crest and his kit.

It would only be a change in the economic part. The option of filiality has flown over, although for this season the term has already expired. That possibility is not ruled out for the future either because Martí is interested in having a second team in a category without so much distance from his first. At the moment, it will not be possible.

Now the ball is on the roof of the management board, which has been forced to register Alicante in Preferential this week and to disburse the amount thanks to the benevolence of some of Alcaraz and the peñas, unavailable to discouragement. Precisely that loyalty of the celestial social mass –without going any further, they filled Villafranqueza a few weeks ago in the promotion play-off to go up to 3rd RFEF- is another of the assets that Martí is pursuing for his Intercity.

Perhaps by helping Alicante he can win a liking for his older brother, an Intercity that pursues the maximum this year, in which he will coincide with Hercules for the first time in the highest category.

Despite the interest of businessmen who do not provide too many guarantees, the management board will meet on Tuesday with Salvador Martí, who arrives in Alicante this afternoon after several days in Costa Rica, to sign the transfer of powers, except for an improbable swerve.

Intercity intends that the Alicante members, about 54, become subscribers and thus ensure control of the club.

At the table, the survival of the dean of the city. And Martí’s commitment to move it forward and not make it disappear.