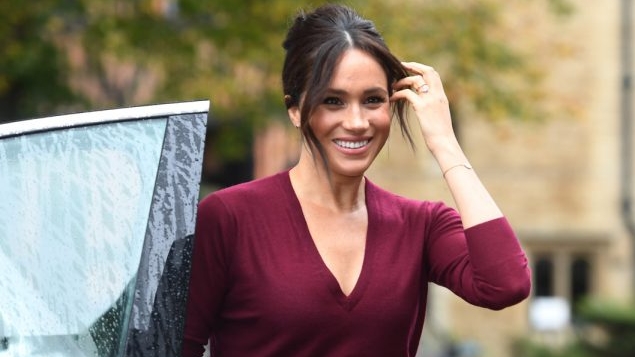 If the Duke and Duchess of Sussex thought that 2021 would be a quieter year after the uproar they have experienced in 2020 with their departure from the British royal family and their final installation in California, they were wrong. A relative, already known for his criticism of the couple, once again prepares all his artillery to put Meghan Markle in the center of his target again. Samantha Markle, the half-sister of the Duchess of Sussex, launches on January 17 a book in which she promises to bring to light the hidden truths of Meghan and her family and that she already announced that she was preparing in 2016.

A 330-page memoir in which Samantha, 56, suffering from multiple sclerosis, describes her dysfunctional relationship with the Duchess of Sussex. The book, published by Barnes and Noble, is titled The Diary of Princess Pushy’s Sister Part 1 (The Diary of the Heavy Sister of a Princess. Part 1) and the publisher’s website offers the following synopsis: “In the midst of a fake news storm and media chaos, Samantha Markle shares the truth about her life and her family against all odds and between ultimatumsAs a real fairy tale shatters Sometimes the truth is stranger than fiction ”.

Ever since the relationship between Meghan Markle and Henry of England became known in mid-2016, Samantha Markle has been talking about her sister and threatening on several occasions to uncover the ins and outs of Meghan’s true story before meeting Prince Harry. Samantha, who lives in Florida (United States), had already dropped on more than one occasion that she was going to write a book recounting her relationship with her sister, now very deteriorated and practically nonexistent, and that of the Duchess with her father, Thomas Markle, with whom she has not spoken since before her wedding, in May 2018. In fact, at the beginning of 2019 she announced that they would be two books and that they would see the light in April and June of that year, but they were never published.

Meghan, 39, and Samantha, 56, are daughters of the same father, Thomas Markle, but not of the same mother, since the current Duchess is the daughter of Doria Ragland, Thomas’s second wife, and her older sister is fruit of his first marriage with Roslyn Loveless, with whom he was married between 1964 and 1975. Thomas Markle Jr. is also the fruit of that marriage, who has not hesitated to criticize his sister at this time. That 53-year-old half-brother of the Duchess, who lives in Oregon, USA, did not miss his moment of glory: a couple of weeks before Meghan and Enrique’s big wedding, Thomas sent a letter to the prince to warn him that the link was “a big mistake.” And in May 2019 he gave an interview saying that he had lost his home and his job and that he had to live with his family in a hotel room.

Now, Samantha is going to make a reality of the threats from a few years ago that she would tell their story in common – although they barely lived together – and also with disclosing a supposed brawl between Enrique de Inglaterra’s wife with her brother Thomas Jr. In addition From what she can tell in her book, Samantha (previously surnamed Grant, by her marriage; and who returned to recover her father’s Markle after announcing the arrival of her sister to the Windsors) will have abundant graphic material. In January 2019, she herself confirmed the content of the publications on her social networks. “You are going to love the images in the book, which will also refute those unpleasant comments that we did not have a life in common,” he said. on Twitter, as the British media reported back then.

Markle has material for her story. In October 2018, he tried to enter Kensington Palace, the residence where Harry and Meghan lived at the time, to deliver a letter to his sister, something that was denied. A few months later, at Christmas, he decided to publish a Christmas card that he had sent him. “This is not trying to be formal. The Christmas holidays are a time to be with the family, a sentimental moment ”, the letter read, in which it brought out the distance between Meghan and her father. He has also used his Twitter profile to share details of his sister’s life and has given several interviews in which he declared that Henry of England’s wife was a “hypocrite” who had changed after entering Hollywood – before their relationship with Elizabeth II’s grandson Markle was an actress and protagonist of the series Suits– and that he abandoned his family in his attempt to become a star. “It is a superficial social climb,” said the sister at the time from the father of the Duchess of Sussex. As of January 17, everyone will know their version, at least the first part, because according to the title of the memories there will also be a second.