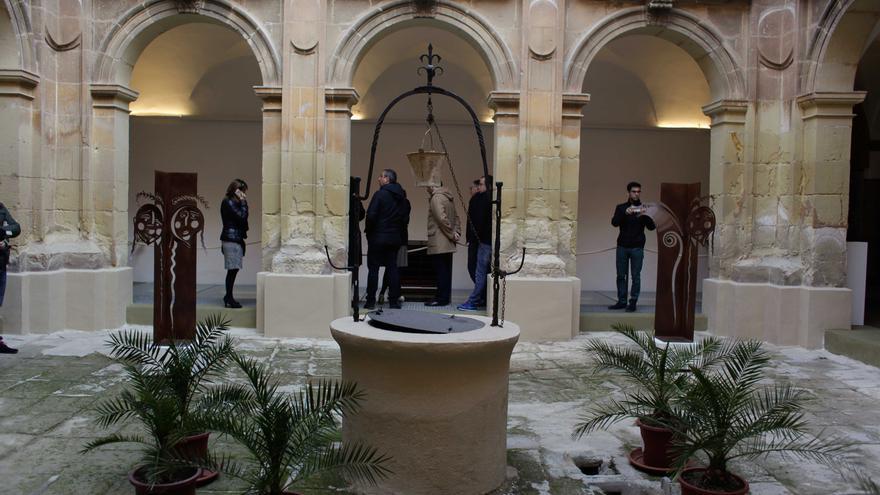 About three weeks ago a friend told us that, by chance, he overheard a man on a local station exposing something to the media that seemed to concern the creation of a hotel and he paid no attention to it. He was about to leave his kitchen when he heard a statement that left him paralyzed because he understood that, neither more nor less, in reality that man was trying to convince the citizens of Elche of the goodness of “his” project to convert the convent of the Merced (Clarisas) in a charming luxury hotel.

In the time that remained for the intervention, he slipped some pearls — surely I missed other beautiful ones, our friend continued — of which, due to my perplexity, I only retained, very badly and surely distorted, their content. Therefore, I apologize in advance if that was not the “spirit” of what his words said, and I assume that these that I am telling you are mine and mine alone, undoubtedly driven by the uneasiness of assuming that I and all my fellow citizens we are stupid. Namely: this man had been conducting altruistically since 2019, for what purpose and with what authorization? wanted and never been able to conserve.

Faced with such a degree of municipal incompetence, a group of saving businessmen were willing to sacrifice themselves for the “adequate” conservation of the convent and, by way of birlibirloque through a public-private collaboration agreement, steal the use and enjoyment of the use and enjoyment from three generations of ilicitanos. one of the very few historical buildings in the city and, furthermore, its heritage. To put the guide to the cake … hey, they sent a kind of ultimatum to the City Council, “either they followed their instructions before the end of the year, or they got angry and there was no triki-deal.” Finally, he warned, to possible spoilers, that associations from all citizen spheres were previously informed of the great project and they had expressed their joy and delight, how could it be otherwise. By clinging to the sacred Invisible Hand of Adam Smith we should reassure ourselves. The Hand is very wise and will reorient the selfish interests of doing private business, with a public good, for the benefit of all. Ah! and how? We do not know, but we must believe it at face value because it is a fundamental dogma of faith of liberal economics and … period!

As we do not know, and yet we believe by sheer logic, that a little Demiurge, a shaper of ideas and a stoner of wills, handles the threads of this matter and moves, like the God of Olympus, between Elche, Alicante and Valencia, maneuvering so that The threads of the Political Power do not become entangled and continue, as always, subordinate to the Economic Power. So, with a road book as invisible as Adam’s Hand, in the City Hall, they lend and gladly strive to follow the route: the machinery and the clock to punctually modify the PGOU, have been launched with all the well greased mechanisms.

So the die is cast! It will be useless to invoke the document, deposited in the AHME, by which the Infante Don Manuel makes a donation, in 1308, of the Arab baths to the Mercedarian monks for the construction of a chapel. Neither the report, dated June 1987, to the municipal corporation in which the archivist Rafael Navarro Mallebrera, highlights the singularity and unique example, in the entire diocese, of the superposition of Renaissance elements on a 16th century Gothic structure. The archaeological report prior to the creation in the convent of La Merced of a Socio-Cultural Center, prepared at the request of the corporation chaired by Mercedes Alonso in December 2011, does not even help us dismantle the fable, which emerged after the rescue of the ownership of the convent by the City Council, ensuring that the initial idea of ​​its destination was to cede it to the State Heritage for the installation of a National Parador.

None of this will matter to the mayor on duty who, working, perhaps unknowingly, for Demiurge’s apprentice – who continues to grease the gadgets through which the strings run – will tell us that there is no better invention than public-private collaboration ; putting in the same bag the cafeteria of the congress center, the restaurant of the municipal park and the convent of La Merced. Take chestnut!

While some will see ghosts and external enemies, with horns and tails, everywhere … Of failed or non-existent projects, multiple lapses and unfulfilled programs …, we will speak another day.