After several years of relative calm, East Jerusalem again became the focus of tensions between Israelis and Palestinians.

What began with riots over plans to evict Palestinian families by the Israeli army has taken the form of violent clashes that have multiplied in Gaza and in several Israeli towns and cities.

The UN came to warn that progress is being made towards “a full-scale war.”

And the historian Vincent lemire he thinks so too.

The Middle East expert, specifically in Jerusalem, assures that the city is going through a moment of violence that has not been seen since the second intifada, at the beginning of the century.

Back then, and indeed for a long time, Jerusalem has been a sensitive issue for both peoples.

For Israel, the entire city is its capital and this It is not negotiablewhile the Palestinians want to make East Jerusalem the capital of the nation they aspire to one day have.

However, the city has changed a lot demographically and this has had an impact on the Israeli-Palestinian conflict.

Vincent Lemire is the author of the book “Jerusalem, History of a world-city” (Jerusalem, history of a city-world) and from that thousand-year-old city explains, in an interview with BBC Mundo, the current situation and analyzes why city is once again at the heart of a conflict that does not seem to have a solution.

From Jerusalem, how do you describe the current escalation on the city streets?

In terms of intensity, we had not seen such a level of violence since the last war in Gaza, in 2014. And in terms of urban unrest, this had not been seen since the second intifada.

This intense crisis began in Sheikh Jarrah and the Esplanade of the Mosques in Jerusalem, following a mobilization organized by Palestinian youth trying to push back Israeli security agents in the Old City on Monday.

But at 6pm, the crisis took a complete turn when Hamas fired a barrage of missiles and Israel responded.

On the one hand we have Jerusalem, which is under an unprecedented and surprising mobilization, on the other we have Gaza, and then there are the mixed cities, where there are many Israelis and Palestinians and we see large-scale riots and community clashes.

That had not been seen since the second intifada.

Speaking of 2014, how is the current crisis similar to that of that year?

In 2014 it was the Gaza war. It was a war that was limited to Gaza. Hamas was launching missiles far less sophisticated than the ones we see today and the Israeli army fought back.

There were minor mobilizations and attacks outside Gaza, but Gaza was the epicenter.

Today the opposite happens. The mobilizations started in Jerusalem, for weeks at different points, and Gaza finally joined later.

Gaza and Hamas were out of focus for weeks, but they tried to get into it and succeeded.

What are the current problems in East Jerusalem and why did it once again become the epicenter of the conflict?

Jerusalem represents the return of the repressed. It was a bit off the negotiating table of the Oslo peace process, because it was too complicated and it was thought that it could not be resolved.

In Oslo there was mainly talk of refugees, colonies, borders, etc. 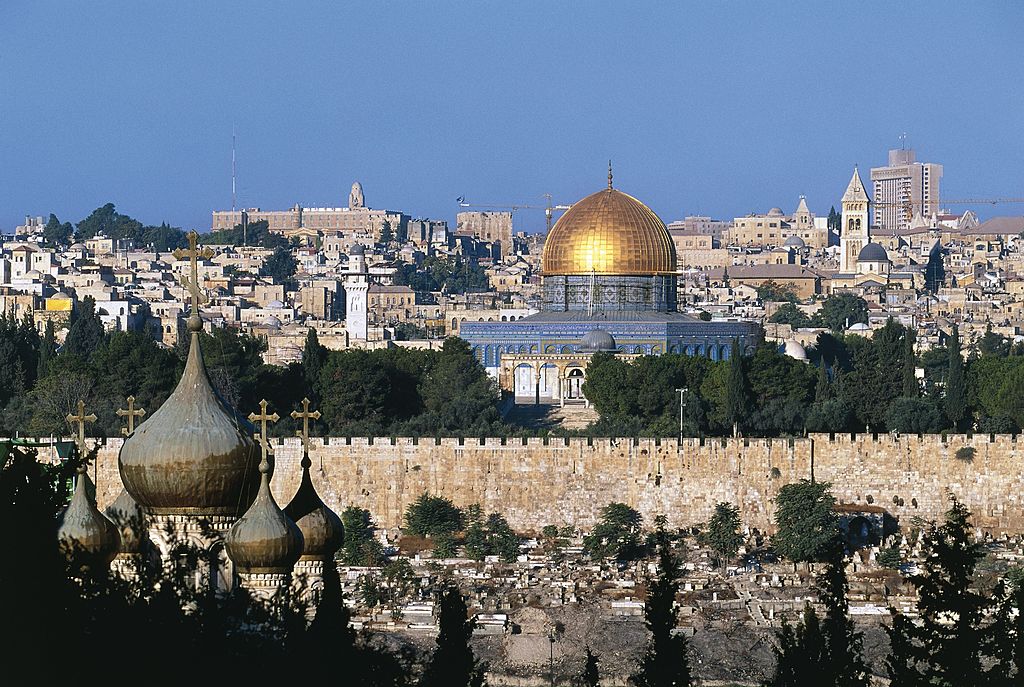 It bothers Israel’s extreme right to see how Jerusalem escapes from Israeli sovereignty, that 40% of the city’s population is Palestinian (…) This creates tensions. “

Now that the Oslo process has ended, that this parenthesis has officially come to an end, Jerusalem returns to the center of the conflict and regains that central position, as the heart of Palestinian nationalism and also of Jewish identity.

Totally. A second reason is that currently 40% of the population of Jerusalem is Palestinian, there are 300,000 Palestinians within the borders of the Jerusalem municipality.

The percentage of Palestinians in Jerusalem was barely 25% after the Six Day War (in 1967).

So we see a rising demographic curve in East Jerusalem from the Palestinian side.

This plays a role because currently the extreme right-wing supremacist is gaining ground in Israel.

It bothers the extreme right-wing supremacist to see how Jerusalem escapes Israeli sovereignty, that 40% of the city’s population is Palestinian and 90% of the Old City is Palestinian. This creates tensions.

We saw it in recent weeks with the demonstrations of the Israeli extreme right at the Damascus Gate of the Old City.

There he found himself in front of a Palestinian population that he generally tries to ignore, but with Ramadan and the mobilizations of the Palestinians it became impossible.

How do you summarize the current conflict between Israelis and Palestinians?

We can answer this by asking ourselves if what we see is a third intifada.

We are living through a new war in Gaza that is not going to end immediately, that’s for sure. But are we seeing a third intifada?

For years, I believe that the third intifada is already underway. It has been running since at least 2016-2017, especially in Jerusalem.

In July 2017, Palestinian youth rebelled in Jerusalem against the installation of security gates on the Esplanade.

Now we are in a similar situation: the defense of the public space of the Old City.

Intifada means uprising in Arabic. Is it an uprising? Yes, there are riots.

It is much less structured than the second intifada and there is less militarization.

It is more a mobilization of civil society, of youth, with the help of social networks and with very concrete and pragmatic demands.

Governments around the world ask both sides for moderation, what else can they do? And in your opinion, what has the international community done right and how wrong?

I am not the only one who thinks that international pressure does not work. It only has an impact on the Israeli government, its right-wing governments and Israeli public opinion.

Proof of this is what happened on Monday.

After pressure from the UN, from Europe, but especially from the US, which resumed a classic position, the same as the Trump administration, the Israeli government sent signals to show that it wanted a de-escalation.

Among them was that of the Supreme Court that had to decide on the expulsion of Palestinian families from Sheikh Jarrah, the prohibition of going to the Mosque Esplanade for Israeli Jews, etc. 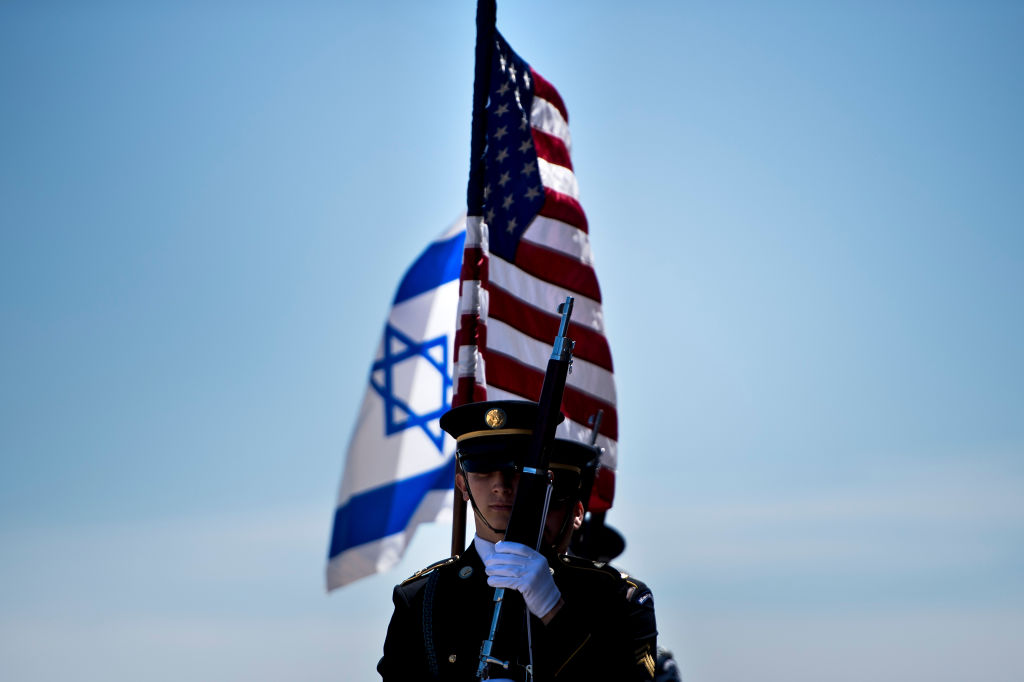 The Trump era clouded the eyes of observers, even the most lucid, who ended up believing that the conflict could end without being solved. ”

We know that the Qataris have significant power and they all need Qatar to serve as an intermediary between Hamas and the Israeli government when there is a ceasefire.

Like Jerusalem, the Israeli-Palestinian conflict is a return to what is repressed on the world diplomatic agenda: it has been ignored by the world.

The Trump era clouded the eyes of observers, who ended up believing that the Israeli-Palestinian conflict could end without being solved.

Until the conflict is resolved, it will continue to resurface periodically, in different ways and unexpectedly.

What is left of the desire to achieve the two-state solution?

The two-state solution died a long time ago, especially with the 650,000 Israeli settlers settled in the West Bank.

But above all he died in the spirit of the young Palestinians. It is not on their agenda nor do they think about it.

They fight for their rights, for their public spaces, their living conditions and a form of equality with their Israeli neighbors.

And the same goes for the Arabs who live in Israel.

In a way, a binational state already exists. In all that territory there is a single army in action, a currency, the shekel and a single border, the Israeli one.

The binational Israeli-Palestinian state already exists, but it is a state where individuals who do not have the same rights coexist.

The Two-State solution is getting farther and farther away and hardly anyone talks about it anymore.

How is the conflict expected to evolve in the coming days?

Until Monday, I would have said that a rapid de-escalation was possible, because finally the young Palestinians of Jerusalem obtained the victory they wanted, they managed to defend the Esplanade of the Mosques, preventing nationalist Israelis from entering the Old City.

So that could have ended there.

But after what happened on Monday night, the Hamas missile fire and the Israeli response, we entered another phase.

There are two interested parties that the conflict continues and that it be strong.

On Monday at 6pm Benjamin Netanyahu was a humiliated head of government, who had spent the day backing away from Palestinian demands in Jerusalem.

He was criticized very harshly by the entire Israeli press, right-wing, centrist, left-wing.

At 8pm, he was put back in the position he likes best: warchief.

I don’t see a rapid de-escalation. On the contrary, we will probably see an intensification of the conflict in the coming days.

I have no particular forecasts. But I can say that the Two-State solution no longer exists, not even theoretically.

We are moving towards a de facto binational state, with sporadic, specific combats of Palestinians to obtain the same rights as the Israelis.