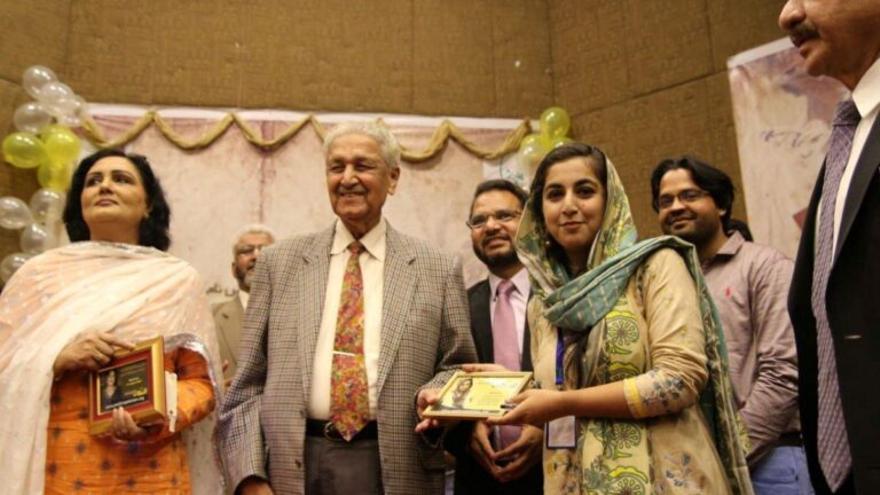 Compared to her extraordinary story, even the life of James Bond can seem as devoid of adventure as that of a cloistered novice.

In the east of Holland, in the plain of the province of Overijessel, is the small town of Almelo. Its beautiful streets crossed by canals, with a profusion of bicycles and magnificent low buildings, give above all a peaceful feeling.

It seems like a place of peace, safe and quiet where nothing bad can happen.

Nothing is further from reality.

In its outskirts, occupying a huge area, stands a collection of colossal buildings. It is the headquarters of URENCO, the factory where uranium and other radioisotopes are enriched for civil – and military – uses in a large part of the western countries.

The most secret place in Europe

The searches at the entrance and especially at the exit go far beyond the threshold of dignity.

The paranoid controls that take place inside will surely surpass those of the most severe maximum security prison. You can’t even go to the toilet without the escort of the security service!

I attest to this, as I have had to undergo URENCO controls as a result of my work with microorganisms that enrich uranium.

It is completely impossible that URENCO nobody can get the least of the nuclear secrets. I am absolutely certain that today no one would be able to remove even a used gum from a wastebasket from URENCO.

Khan was able to circumvent security

Khan was able to circumvent security However, the only person who managed to steal the most substantial part of the city has just died. most secret technology the URENCO.

This is the nuclear physicist Abdul Qadir Khan, father of the Pakistani atomic bomb, the one in North Korea, and the main person responsible for transferring nuclear secrets to the Iranian Ayatollahs and to Colonel Gaddafi’s Libya.

Surprisingly, Abdul Qadir Khan was born on April 1, 1936 in Bhopal, India, the arch nemesis of Pakistan. From a wealthy family, as a young man he emigrated to Karachi, Pakistan, where he studied engineering.

He then came to Europe to further study and received a doctorate in materials engineering from the Catholic University of Louvain. Chance made him start working for a small engineering company specializing in centrifuges.

And this is where the destinies of the big company and the young engineer meet.

URENCO is, in essence, a gigantic centrifuge warehouse where they enrich uranium and other radioisotopes.

In the middle of the Cold War, URENCO had to supply tons of enriched uranium. It needed large quantities of centrifuges. And the company where Dr. Khan worked was subcontracted by URENCO.

This is how the doors of the great secret were opened to Dr. Khan.

A great “seducer” In addition to being extremely intelligent and capable, Dr. Khan was a personable, talkative, and helpful man. They say in URENCO that he was extremely funny telling moritos jokes.

And that is how Dr. Khan soon became a regular at URENCO.

Although he only had a very low-level security clearance and was theoretically unable to access the most restricted areas, he made many friends among high-level employees with access to nuclear secrets.

Over time he gained the trust of everyone and no one was surprised to see Khan in any area of ​​URENCO. He was considered “one of us.”

But on May 18, 1974, India successfully detonated its first atomic bomb.

That day something changed inside Dr. Khan.

He felt that his life had a transcendent meaning. He was a chosen one. He would get Pakistan to have its own atomic bomb and not lag behind in the nuclear race with India.

His career as a “spy”

His career as a “spy” I was in the right place. URENCO was the seat of European nuclear secrets.

Little by little Dr. Khan began to compile the information necessary to obtain the bomb.

Nowadays when you go through the uranium centrifuges they put you on complex headphones so you can’t hear even the slightest noise. Because at URENCO they even fear that from the sound someone can intuit how many revolutions per minute their precious centrifuges turn.

But Dr. Khan managed to collect a lot of secret information.

On a vacation trip to Pakistan, Dr. Khan managed to speak with Prime Minister Zulfikar Ali Bhutto. He told him that he could get Pakistan to have a nuclear weapon. And Ali Bhutto replied: “if necessary we will eat grass, we will even starve, but we will have our atomic bomb.”

Back at URENCO, Abdul Qadir Khan sped up his new “job” of collecting secrets.

And one weekend when a big party was being held in Almelo, he managed to fool the security service.

Dr. Khan managed to stay inside the URENCO facility and photographed what he needed.

The hero of Pakistan

The hero of Pakistan When Monday rolled around, the URENCO people were surprised that Dr. Khan didn’t show up. And when there was still no news on Wednesday, they became suspicious.

They notified the police, who could only verify his disappearance.

By then Dr. Khan had arrived in Pakistan with all the necessary knowledge to turn his adopted country into a nuclear power.

From that moment on, suspecting that the United States might try to assassinate him, Dr. Khan went on to live surrounded by impressive security measures. He was traveling with an escort much greater than that of the country’s president himself.

For Pakistan it was worth the expense. Dr. Khan complied.

And in 1998, coinciding with a display of nuclear might by India, Pakistan astonished the world with its astonishingly successful nuclear tests. The Pakistani atomic bombs were magnificent.

Khan was hailed as a hero in Pakistan. He became the most famous character in the country. Even the most radical religious parties called him the father of the Islamic nuclear bomb.

Dr. Khan came to be considered the best of Muslims by the most extreme Islamist groups.

Pump extension Then Pakistan took another step. They had atomic bombs, but they lacked the missiles to launch them. So Pakistan decided to sell its nuclear weapons technology to North Korea in exchange for Korean No-Dong missiles, designed to carry nuclear warheads.

Finally, under pressure from the most extreme Muslim groups, Dr. Khan gave his nuclear secrets to Iran. The Ayatollahs could launch their nuclear program and Iran could have its own atomic bomb as early as 2023, or even earlier.

Needless to say, both the United States and Israel tried to end Dr. Khan’s life. But contrary to what happened with Bin Laden, they did not succeed.

However, what neither the Mossad nor the CIA achieved, the SARS-CoV-2 did.

Paradoxically at the end of September Dr. Khan was admitted to the Islamabad Hospital that bears his name and on October 10, he died.