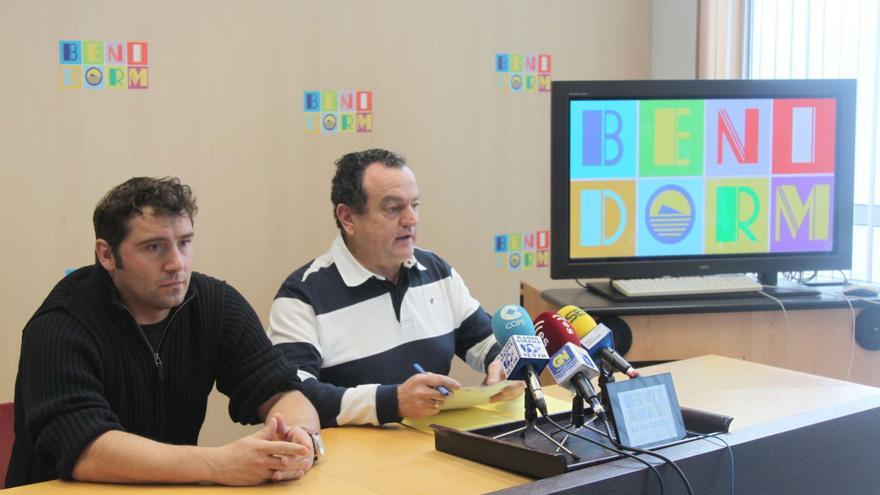 The titular judge of the Court of Instruction 2 of Benidorm, which investigates the case of the alleged plugs in the City Hall of the tourist city during the government of the former mayor Agustín Navarro, has initiated an abbreviated procedure order against two former socialist councilors Y six officials for alleged continued administrative prevarication. This is collected in a car dated December 2, where the magistrate assures that she sees evidence of a crime of prevarication, tinfluence rafic Y embezzlement of public funds and takes the previous step to the opening of oral proceedings against the eight investigated: the exediles Juan Ramón Martínez Y Natalia Guijarro, both have already retired from active politics for years; as well as the then heads of the Human Resources departments, from Personal, from Payroll, from Hiring and Management of Social Security and of Personnel Bureau, in addition to the technique of Labor Relations from the HR department. Along with them, the former mayor was also imputed Agustín Navarro, detached from the case since September and exempted from all criminal responsibility after his death last February.

The facts that are the subject of the case were denounced by the Prosecutor’s Office, following a complaint filed by the Professional Union of Police and Firefighters (SPPLB). They have to do with the signature of up to 130 temporary contracts in 2010, of which at least 43 would have gone to people with direct family or political ties with the local PSOE, when the central government had strictly prohibited increasing the workforce to reduce the immense debt that the municipalities had then, as well as the creation of 13 fixed positions for new employees, when the replacement rate established by law allowed to create only 3. Also, for the granting of bonuses, supplements and promotions to supposedly related officials from the end of 2009 to 2012, among other facts. The sum of all this generated a budget gap of 4.5 million in the Personnel chapter.

At the time in which the investigated events took place, Natalia Guijarro was a councilor for the Treasury, while Juan Ramón Martínez was the head of Human Resources. After the municipal elections of 2011, which the PSOE won, Guijarro maintained the delegations of the economic area and also added those of Personal, a department that he managed until the Socialists lost in 2015 and both left the first political line.

The magistrate points out in the order that the facts investigated “reveal the irregular personnel and budgetary policy carried out” during the government of Agustín Navarro. Among them, he expressly refers to the approval of the 2010 Municipal Work Positions List, where “a salary increase was included that was approved by the Plenary in spite of the report contrary to said increase, issued by the Municipal Controller, who opposed (…) for assuming an increase in the wage bill (…) higher than the maximum authorized by the Law ”. He also points out that “certain places were created and filled, the urgency and necessity of which was not justified”; that “a high number of temporary workforce positions were created and filled, despite the restriction established by Law, without subjecting the modification to any negotiation” and ratifies that “as a consequence of the personnel policy carried out during those years there is a mismatch in the Personnel budget of 4.5 million euros. ”

The order adds that, “as a consequence of the development of the approved RPT, the coverage of certain positions by the competition-opposition system was called, thus being that the people who accessed them presented family and political relationships with the government team ». Therefore, “without prejudice to its subsequent qualification, the facts described are constitutive of a continuing crime of prevarication of arts. 404 and 405 of the Penal Code, having been adopted and dictated by a series of resolutions, agreements and unfair appointments and without the legally established requirements being met, a continuing crime of influence peddling of arts. 428 and 429 in the selective contracting processes called and a crime of embezzlement of public funds of art. 432 “, he concludes.

After notification of the order to the parties, a period is opened so that the Prosecutor’s Office, the private prosecution or the accused can request the dismissal or the opening of an oral trial.

Contracts Numerous reports from the controller warned of illegality

One detail that the magistrate investigating the events does not overlook is that all the supposedly irregular hiring took place despite the fact that there were numerous technical reports, signed by the municipal auditor, that warned of their illegality. “Regarding Personnel, the City Council disregarded Law 26/09, of General State Budgets and the reports of repairs and warnings made by the Intervention regarding the limitations in the scope of hiring of personnel and in the remuneration of employees” , collects the judge, who mentions up to three different reports in which the technician ratified his warnings to the local government.