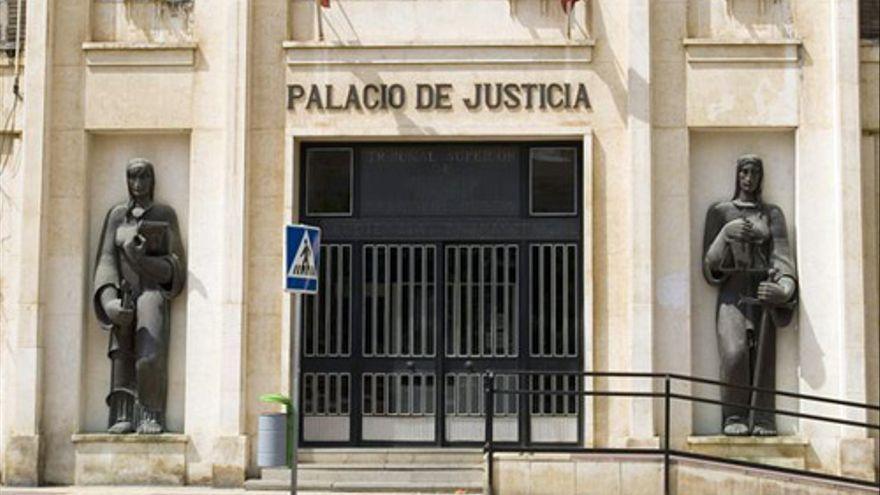 After concluding the investigation of the first piece of the so-called Topillo case, the titular magistrate of the Examining Court number 2 of Murcia appreciates evidence of environmental crime against entrepreneurs, administrators or managers of 38 agricultural companies, for polluting discharges to the Mar Menor from the use of illegal desalination plants in the countryside of Cartagena.

In addition, this main cause must also continue against some of the top officials of the Ministry of the Environment of the Autonomous Community of the Region of Murcia and the Segura Hydrographic Confederation (CHS) in the period under investigation. Focusing on the facts with criminal relevance, the resolution sets out indications of a crime of environmental trespass due to omission of the mandatory inspections with respect to the former Minister of Agriculture, Antonio Cerda; the former president of the CHS, Rosario Quesada and the former commissioner of Waters, M.A.S.

After the analysis of the legislation, in the fourth legal basis, the judge clearly states that the responsibility of preparing the regulations affecting the agricultural use of nitrates in the Cartagena field and to ensure its compliance was the Ministry of Agriculture, Water and Environment.

In this regard, it cites the Order of the Ministry of Agriculture of 2009 that establishes the Action Program on the Vulnerable Zone corresponding to the Quaternary and Pliocene Aquifers in the area defined by Eastern Irrigation Zone of the Tajo-Segura Transfer and the Mar Menor Littoral Sector, that completes the program approved in 2003. Orders establishing the need to carry out field controls in nitrate-vulnerable areas to ensure compliance, something in which, as the instructor states, all the declarants agree “by pointing out that these field inspections or controls had to be carried out by the competent bodies ”, although,“ without specifying clearly what they were ”.

“It is clear that the regulation of an autonomous and effective system of control of the action programs on nitrates to ensure compliance by the farmers and to enable the application of the sanctioning regime referred to in the order itself for noncompliants “says the resolution.

Lack of inspections that the instructor imputes to the one who was the Minister of Agriculture in the period investigated, since “he was the highest and only authority with competence to establish an effective control system for the measures established in the action programs, which it could and should have specified in those norms ”. In this regard, the resolution includes indications that “this omission could have been deliberate”, on the understanding that apparently it was not concerned about the possible impact of nitrates of agricultural origin in the state of the Mar Menor, nor, therefore, did it consider necessary the measures of control over its use ”.

On the other hand, from the legislation on water, the instructor explains, “it is inferred that it corresponds to the CHS to control the correct use of the public hydraulic domain, granting concessions for the exclusive uses of water, desalination activities and discharges into the public hydraulic domain, and, where appropriate, sanctioning acts of private use of water, desalination or discharges carried out without the corresponding authorization, which may be punished in case of very serious sanction with fines of up to 1,000,000 euros ”.

However, as indicated in the resolution, throughout the investigation of the case, clear indications have been obtained that at least since 2007 the governing bodies of the CHS have been aware that private desalination plants were being used in a large number of agricultural holdings in Campo de Cartagena “Lacking the corresponding authorization, which were fed by wells, many times also illegal, and that the discharge from the rejection of these desalination plants ended up again in the aquifer, or in a network of brine products that discharged a few meters from the mouth of the Rambla del Albujón in the Mar Menor ”.

Permissive attitude of the governing bodies of the CHS, which in the opinion of the examining magistrate, “facilitated and motivated that a multiplicity of farmers and agricultural companies located in the field of Cartagena will use desalination machines lacking any type of authorization or control for the discharge of the brine resulting from the process ”. And that, in many cases, they extracted water “from clandestine, unauthorized wells, and in turn lacking a meter or control elements that would allow rationalizing its use.”

Thus, in an order that exceeds one hundred pages, the magistrate details, in a very exhaustive way and for each of the agricultural companies investigated in a structured way, the facts in which he has participated; quantifies discharges and their destination; and details the evidence on which it is based with respect to each exploitation, specifying the specific procedures from which these data are derived.

Discharges, which, according to the resolution, pose “a serious risk to the balance of the various natural systems and habitats that make up the Mar Menor depending on their magnitude, influence, extension and associated contamination “. And that, “together with the rest of those who are attributed to the different investigated, this cause may have been one of the main causes of the irreversible and catastrophic deterioration of the Mar Menor ecosystem”.

The indications are basically specified in the installation and possession of desalination machines without authorization; the purchase invoices for the Ecoflow descaler supplied by Insa or for microfiltration cartridges from Hidrotec; the lists of water supplied by the Irrigation Community; the expert report that determines the water deficit of each company in the investigated period by comparing the water acquired from the Irrigation Community with the annual needs of each exploitation; a second expert report regarding the use of the aforementioned descaler, especially indicated for reverse osmosis systems; the statements of those investigated; the Seprona reports; and, finally, the ecotoxicological expert report that considers that, in view of the criteria of location of the exploitation, volume of desalinated water over time, destination of the discharge, conductivity and concentration of nitrates of the presumably desalinated water, the extraction and the The discharge that is attributed to each specific company “is likely to generate a serious risk for the balance of exposed natural systems depending on the magnitude, influence, extension and associated contamination”.

Finally, the head of the court specifies in the resolution the individualized economic damage corresponding to each company, an amount that for all the investigated companies amounts to 19.471.155 euros. Sum in which five companies stand out whose civil liability would exceed, according to the instructor’s estimate, one million euros (Pozo Camachos, Ciky Oro, El Montes and Los Triviños), and a last one (GS Spain) that would exceed 2.5 million .

In this way, the indications that indicate that the entrepreneurs, administrators or managers of the farms were up to date and authorized the use of desalination plantsTherefore, they could be criminally responsible for an unauthorized activity of extraction and desalination of water and subsequent discharge of the rejection that would constitute a crime against the environment, and any of the aggravated subtypes of the Penal Code may be applicable. Indicially attributing civil liability to companies.

Furthermore, in three cases, Camachos well, Los Relentes well and Villar Alto well, The resolution details that there are indications that the companies could be criminally responsible for an unauthorized activity of extraction and desalination of water, and subsequent discharge of the rejection. Three assumptions in which the magistrate considers it appropriate to derive criminal responsibility towards the legal person itself.

Finally, the order includes the behaviors attributable to Insal and its administrators, a company dedicated to install desalination machines and supply consumables so that these systems can work to companies based in Campo de Cartagena and the indications that the activity was carried out knowing that desalination in the area was prohibited.

On the other hand, the magistrate agrees the provisional dismissal of the proceedings with respect to 19 investigated, The majority of them were attorneys-in-fact or co-administrators, who followed instructions from other heads of the indicted companies and for whom there is no evidence of criminality.

The Public Prosecutor’s Office and individual accusations have 10 days to request the opening of the oral trial, formulating a statement of accusation or the dismissal of the case. Exceptionally, they could request, in advance, the practice of some additional diligence not practiced during the investigation.

The resolution is not firm and against it it fits appeal for reform and / or appeal.

A work that has required the analysis of significant documentation seized (filed in a dozen containers), technical information on matters as diverse as biological, water, economic or administrative, as well as complex agricultural regulations and national and European environmental protection; which has required that the court have been provided with a second reinforcement judge. In order to facilitate that the holder could dedicate himself exclusively to this matter, one of the largest procedures of those followed in the courts of the Region, the Superior Court of Justice requested the support of the Complex Causes and Corruption Unit ( UACC) of the General Council of the Judiciary.

In addition, the instructor, thanks to this reinforcement, has continued with the investigation of the second piece of this procedure, followed against 43 other companies for a new set of spills, and has taken statements from dozens of investigated businessmen, administrators or managers.