Brahim Gali, leader of the Polisario Front, will be able to leave Spain. Judge Santiago Pedraz, instructor of the National Court, has rejected this Tuesday all the precautionary measures requested against the military, including the entry into provisional prison and the withdrawal of the passport. The magistrate has adopted this decision after taking a statement as a defendant to the also president of the Sahrawi Arab Democratic Republic (SADR), who has appeared by videoconference from the hospital in Logroño where he has been admitted for coronavirus since mid-April. During the interrogation, Gali has denied the crimes attributed to him, according to legal sources.

To questions from the Prosecutor’s Office and his lawyer, the Sahrawi leader has defended his innocence and has rejected the facts that are attributed to him in the two complaints filed against him: one of the blogger Fadel Breica, a Spanish national, who accuses him of torture and illegal detention in the Tindouf camps in 2019; and another from the Saharawi Association for the Defense of Human Rights (Asadedh), which attributes crimes of genocide and against humanity against Sahrawi dissidents and prisoners of war in recent decades. “[Este martes], the facts that are the object of the accusation have been shown to be false ”, summarized Manuel Ollé, Gali’s lawyer, after the statement.

This Tuesday’s appointment has generated enormous international expectation. Morocco and Spain are immersed in a diplomatic conflict, which took a qualitative leap this week. After, for almost a month, the African country repeated in public that its discomfort with La Moncloa was due to Gali’s reception for health care – a time that included the border crisis in Ceuta, when Moroccan agents turned a blind eye and they allowed the irregular entry into the autonomous city of more than 9,000 immigrants—, Rabat issued a statement on Monday admitting that the problem behind these tensions is really in the position of Spain with respect to Western Sahara. 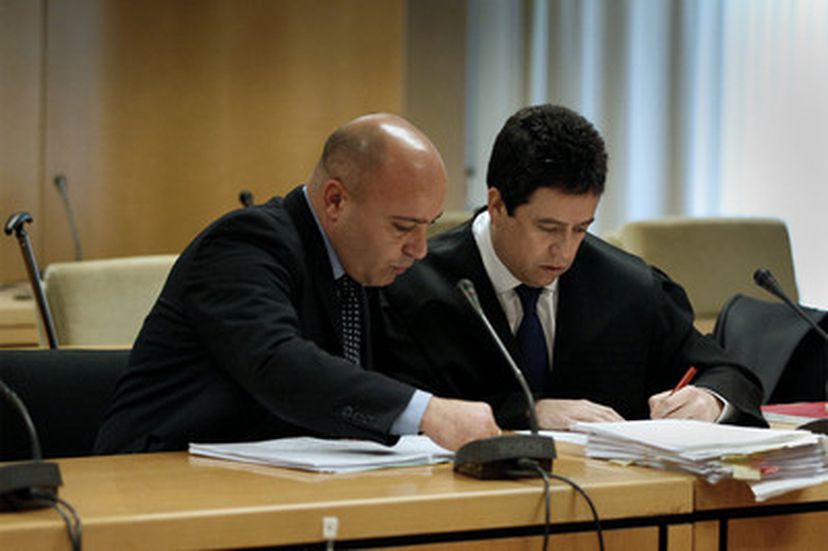 Former spy Roberto Flórez, on the left, with his lawyer, Manuel Ollé, on the trial bench against him. On video, statements by the lawyer about the judge’s decision.

In this line Ollé has pronounced: “Gali has said that this complaint has a political motive to undermine the dignity and credibility of the Saharawi people, as well as their struggle on the road to self-determination that corresponds to them as a territory.” In recent days, Morocco has intensified the campaign against the Polisario and has targeted its leader, with the aim of “criminalizing” him and isolating the movement internationally, according to diplomatic sources. Rabat assumes the serious crimes attributed to Gali for fact, while the judge and the Prosecutor’s Office have shown their reluctance by not appreciating “clear indications of participation […] in the conducts included in the complaint ”.

Santiago Pedraz, who has only asked Brahim Gali to provide an address and telephone number in Spain through which he can be contacted, has issued two strong orders after the statement to reject the precautionary measures, to which the public ministry. “No risk of leakage can be seen. There is no evidence whatsoever to appreciate that the person under investigation can or wants to evade the action of justice, especially in view of the fact that as soon as he has had knowledge of the investigated facts, he has appeared in the case and has agreed to make his statement , even in view of the state of health in which he is, which would have allowed his defense to request postponement of the statement, ”the resolutions affirm.

The judge adds that the leader of the Polisario Front cannot “hide, alter or destroy sources of evidence relevant to the prosecution, especially in view of the date of the events investigated.” And the instructor continues: “The prosecution’s report has not provided even circumstantial elements – the statements of the witnesses in the case do not have corroborative evidence and from them does not follow a participation in the facts of the investigated person – that support the existence of motives enough to believe him responsible for any crime ”. “Obviously, it is not enough to agree to personal precautionary measures to indicate that Gali entered Spain illegally,” he stresses.

The two cases against Gali, which were dismissed, were reactivated in 2021. In January, Pedraz decided to resume the investigation opened in 2020 by Fadel Breica’s complaint, which related how he was arrested in 2019 in the Tindouf camps and “subjected to shocks and electric shocks ”. Among others, the activist directed his accusation against the Polisario leader, whom he places at the top of the chain of command. Therefore, when the magistrate was aware of the presence of the Saharawi leader in Spain, he decided to call him to testify for these events. An appointment that has been used to also ask about Asadedh’s complaint.

“President Gali has made a tremendous effort for the state of health in which he is,” said the defense attorney: “He has expressed his absolute commitment in the fight for justice and freedom. And that is why he has voluntarily appeared before the Spanish courts ”. According to Ollé, Breica’s complaint is “unfounded.” And, regarding the events reported by Asadedh on crimes against humanity: “Gali explained that, as Minister of Defense at that time, he did not have any type of responsibility, action or conduct that was imputed to him.” “We will immediately request the dismissal of the case,” the lawyer insisted: “Criminal law has been used for something that should never be used.” Is Gali leaving Spain? “He is weak in health and, as soon as he is strong, he will decide what to do.”