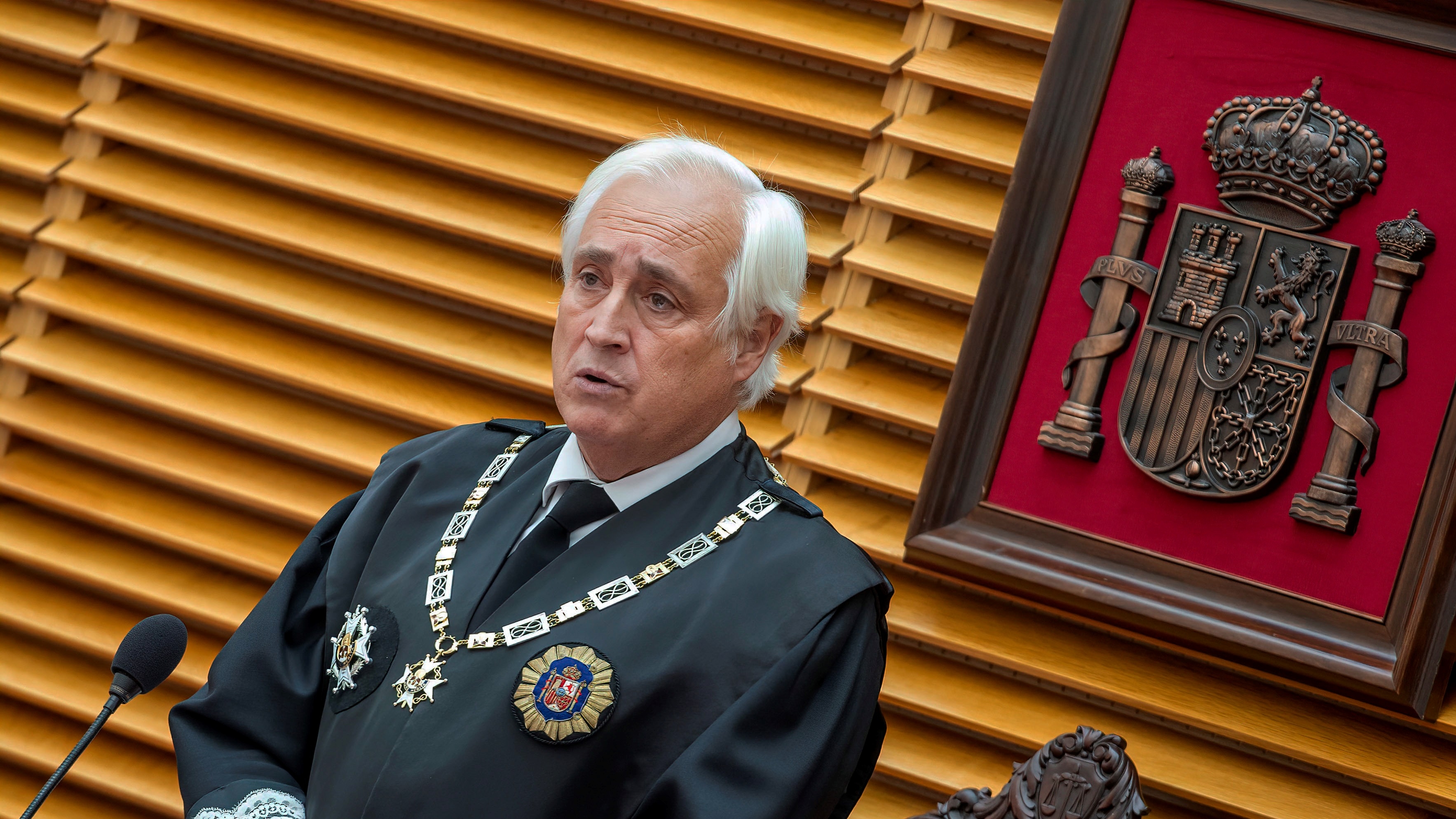 The General Council of the Judiciary (CGPJ) has refused to sanction the president of the Superior Court of Justice of Castilla y León, José Luis Concepción, for some demonstrations in which he argued that the presence of Podemos in the Government “puts democracy in the dark . The promoter of the disciplinary action of the Council opened an internal investigation to analyze if the magistrate’s words fit the Article 418.3 of the Organic Law of the Judicial Power, which qualifies as a serious offense “directing to the powers, authorities or public officials or official corporations congratulations or censures for their actions, invoking the status of judge or using that condition. But, after studying the case, the disciplinary authority of the judges maintains that the statements do not conform to this precept and that they are “protected” by freedom of expression.

It is the first time that the Council considers sanctioning Concepción after, in the last year, it has charged several times against the coalition government of PSOE and United We Can. Last May, the magistrate criticized the state of alarm, and assured that “the paralysis of a country was being used for purposes other than saving people from the disease.” On that occasion, the president of the Council, Carlos Lesmes, warned by letter to the judge that the freedom of expression of the members of the Judiciary is subject to “specific and stricter limits” than those of the rest of the population. The matter stayed there and was not brought to the attention of the disciplinary authority. Months later, Concepción – which has also charged against the Historical Memory Law and the exhumation of the dictator Francisco Franco del Valle de los Caídos – accused the Government of “hiding” the deaths from covid, but those statements did not reach the disciplinary authority either. of Council.

On this occasion, however, the judicial governing body has been forced to study the matter as a result of the complaints presented by the vocal Concepción Sáez (proposed by IU) and by the Left Lawyers Forum and the Democratic Lawyers Network. The complaints focused on some statements made by the magistrate on television La 8 de Burgos on February 15. When asked by the then second vice-president of the Government, Pablo Iglesias, Concepción replied: “(…) I believe that the democracy of a country is in solfa since the Communist Party, which is to which this man belongs, is part of the Government”.

In her complaint, the member Sáez warned that the “ideological and / or partisan affiliation of the Vice President of the Government” is a circumstance “not subject to any political and ideological assessment” by whoever is part of the judiciary “under pain of seriously disturbing the respect due to the division of powers and, therefore, to the very essence of our social and democratic state of law ”. The complaint, which recalled the “reiteration” of the “unjustifiable behavior” of Concepción, requested that the president of the Council publicly express his rejection and adopt disciplinary measures.

The promoter of the disciplinary action of the Council withdrew from the case because he maintains a friendly relationship with Concepción (they studied together and shared a house in Barcelona), but the office he directs considers that his conduct is not punishable. “He does not censure or congratulate any specific authority or official, the opinion expressed does not materialize in any act and, despite his status as a magistrate being known, there is no evidence of the invocation of said condition in the sense of using the same, as required by the type, “says the archiving agreement. According to the brief, the magistrate’s words “must be understood to be protected by the exercise of his right to freedom of expression, which although it is subject to certain limits, there is no evidence that in this case they had been exceeded.” The decision can be appealed within a month to be resolved by the Permanent Commission of the Council.