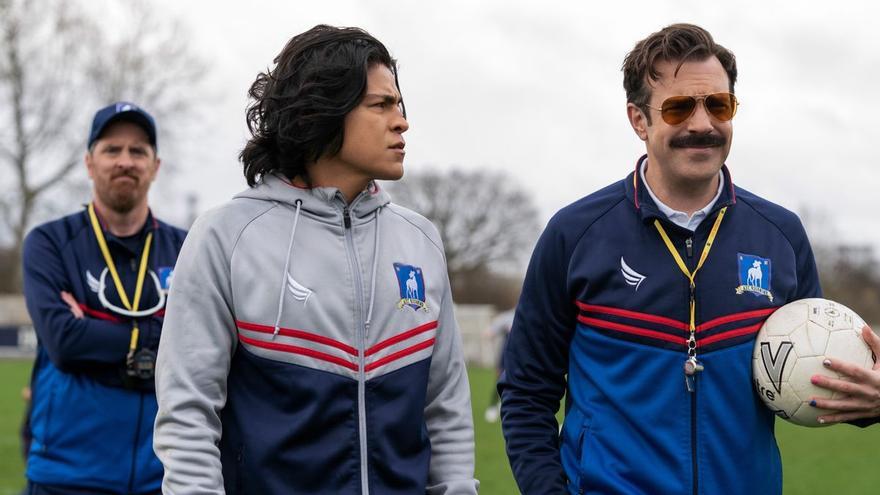 1. ‘A wave of thirty meters’, the Everest of surfing

A decade ago now, the big wave surfer Garrett McNamara He traveled to the Portuguese town of Nazaré to find out if its waves were really so impressive and could be surfed. He ended up breaking a couple of world records, the second in 2013, when he hit a 100-foot wave. Its achievements, as well as the transformation of Nazaré into a surfing destination, are now covered by Chris Smith (‘Fyre’) in a six-part documentary series. HBO, Monday, the 19th.

2. ‘Masters of the Universe: Revelation’, the same but different

The professional fanboy Kevin Smith develops this late continuation of the cartoon series of the eighties, at the same time a tribute to that and an attempt to do something more adult and complex at the plot level. The Powerhouse studio (‘Castlevania’, ‘The Adventures of Kid Danger’) is in charge of animation. Voicing the characters in the original version, people like Mark Hamill (Skeletor), Sarah Michelle Gellar (Teela) o Lena Headey (a bad one, of course: Evil-Lyn). Netflix, Friday, the 23rd.

3. ‘Kingdom: the story of Ashin’, the special episode

Finally, this ‘spin-off’ of a single episode of ‘Kingdom’ is released, an intense mix of historical drama and zombie terror that propelled the production of Netflix series in Korea. The scriptwriter is repeated in front Kim Eun-hee and the director Kim Seong-hun, the same from that diabolical thriller called ‘A hard day’. Jun Ji-hyun (Mythical girl from ‘My sassy girl’) embodies the mysterious character who appeared at the end of the second season and who seems to know the origins of the resurrection plant. Netflix, Friday, the 23rd.

Up to twenty nominations (that is, twenty more than the poor ‘Mythic Quest’) has obtained this revelation title of 2020 in the last Emmys. Never before has a comedy had so many mentions in these awards with its first season: ‘Glee’ reached nineteen in 2010. There are reasons, or above all, reason: the great work of the also co-creator Jason Sudeikis like that upbeat football coach who got into the British Premier League almost blindly. Apple TV +, from Friday, the 23rd.

With its first batch of episodes, this fast-paced and dislocated dramatic ‘thriller’ from Alex Pina Y Esther Martinez Lobato, tandem of ‘La casa de papel’, generated quite diverse passions. Now we will know how the path of its three main prostitutes ends: the self-destructive Coral (Veronica Sanchez), the innocent but less Gina (Yany Prado) and the logically rabid Wendy (Lali Esposito). The psychedelic journey will (in principle) come to an end with this installment. Netflix, Friday, the 23rd.