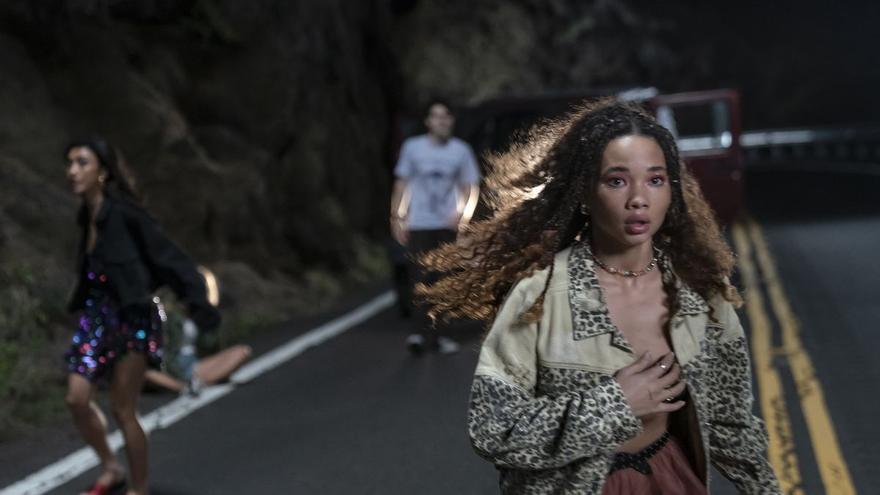 Popular in the United States in the nineties, ‘The Baby-Sitters Club’ was the subject of an inspired ‘reboot’ last year with just the right doses of nostalgia and a clear effort to establish the series in our present. Lucia Aniello, one of the co-creators of ‘Hacks’, winner of the Emmy, was a producer and also directed. This coming week, the young friends reopen their babysitting business (with a pair of new signings, Mallory Pike and Jessi Ramsey) for a second season. Netflix, Monday, the 11th.

Probably closer to ‘The missing’ or ‘A matter of blood’ than to a vengeful fantasy with Liam Neeson, this Polish series follows a desperate father (Arkadiusz Jakubik), a prison psychologist, to be exact, in search of his daughter missing teenager, which of course the police have not tried hard enough to find. Directed by Lukasz Kosmicki, author of ‘The coldest game’, the Cold War chess drama with Bill Pullman that someone should premiere around here. Filmin, Tuesday, the 12th.

After the success of ‘The Squid Game’, there are new expectations of popularity placed on the most popular Korean series of Netflix for this season. On Friday comes ‘My name’, directed by Kim Jin-min, who has already signed ‘Extracurricular’ for the platform. The popular Han So-hee is Yoon Ji-Woo, a young woman who, guided by a crime boss, infiltrates the police to avenge her father’s death. That’s right: another revenge thriller in the best South Korean style. Netflix, Friday, the 15th.

Also Read  Amancio Ortega, from Zara to the brick

4. ‘I know what you did last summer’, a new generation

“I will always know what you did last summer” was the title of the second sequel to the hit youth slasher of 1997. And it was not a misleading title: the franchise refuses to die and is resurrected as an eight-episode series. The ‘showrunner’ Sara Goodman he tries to shake up the formula by adding a familiar complication to the primitive plot (Jennifer Love Hewitt’s equivalent has a twin sister) and seeking a more contemporary sexual politics. Prime Video, from Friday, the 15th.

There are serious doubts about whether ‘You’ should continue adding seasons, but no one is really bitter about another ten hours of Penn Badgley Like a psycho who you shouldn’t adore, but adore. And also, the no less lovable returns Victoria Pedretti like the last of your shoe. But ‘You’ wouldn’t be ‘You’ without a new girl Joe can become obsessed with: this time, the Chosen One is his new neighbor (Michaela McManus, the Lindsey from ‘One Tree Hill’) in an idyllic suburb. Netflix, Friday, the 15th.