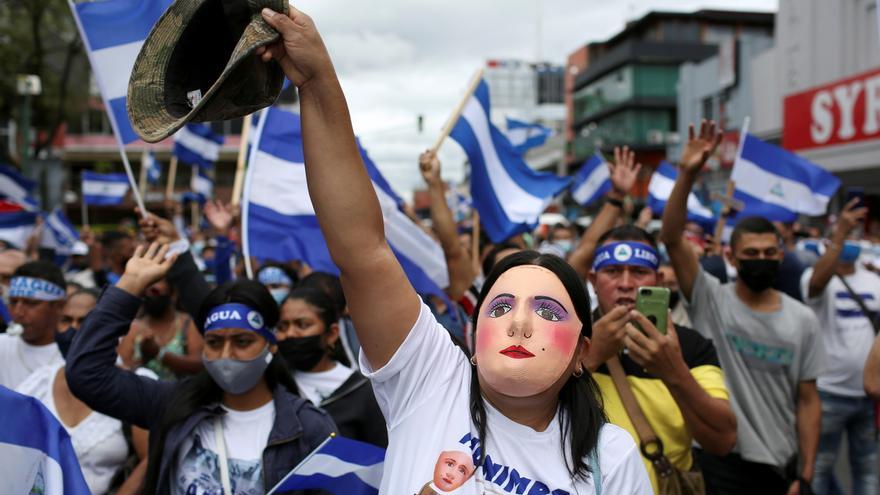 “They orchestrated a pantomime election that it was neither free nor fair, and certainly not democratic. “ President of the United States, Joe Biden, portends greater pressure on Managua. Washington, he said, “will use all diplomatic and economic tools” to force Ortega to abandon their dreams of permanence. In fact, before the elections the State Department announced that it will seek with the EU and its Latin American partners to promote a new sanctions package. It is not ruled out that the US is challenging Nicaragua’s participation in the Central American Free Trade Agreement (CAFTA-DR) which has been in force since 2006. According to the Central Bank, between January and December 2020, exports to the United States amounted to 3,564 million dollars, against 3,883 million in 2019. If the confrontation worsens, with its corresponding economic cost, It is ruled out that the Government redoubled the pace of its alliance with Beijing and Moscow.

Ortega created unprecedented conditions to guarantee his new mandate. The elections were held with 150 political prisoners, including seven candidates in the elections who were arrested for conspiracy and treason. Three parties were stripped of their legal entity. During the legislature, Ortega attacked the operation of almost 50 oenegés which the Government considers conspiratorial tools. The media have become on the scorched earth. “The first step, as of November 8, is to face the crisis of the political prisoners“, said Carlos Chamorro, from the magazine Confidential. This demand should “become the main national and international political strategy,” he adds. For Chamorro, this fight can “change the balance of power.” However, he warns that Ortega’s “political defeat” after November 7 “will always be incomplete” if it is not converged on an agenda that allows “to recover the freedoms of assembly, mobilization, press, and expression, and the right to choose and be elected “.

Nicaragua it has one of the lowest regional investment indicators. It imports 51% of the products and services it consumes. While it is expected that GDP will grow by 5% this year, in 2020, and as a consequence of the pandemic, the contraction was almost nine points. The political crisis has had its economic counterpart. The average growth of 3.9% between 2000 and 2017 was shattered by the social outbreak of 2018 and the breakdown of the alliance between the Government and the employers. Analysts doubt the possibility of a recomposition between marriage and entrepreneurship. Part of the domestic economy depends on remittances, which in 2020 were 1,851 million dollars. Money sent from abroad represents a 14.8% of PIB of a country that, shortly, will need financing from the International Monetary Fund (IMF) and the Central American Bank for Economic Integration (CABEI).

Since the social outbreak of 2018, and by virtue of the deterioration of political and economic conditions, Nicaragua experienced a new wave of emigration. As with other neighboring countries, most have tried to settle in USA. In 2020 1,100 Nicaraguans sought that destination. Between the beginning of the year and August 2021, the US authorities intercepted almost 41,500 Nicaraguans who were trying to enter the United States illegally on their southern border. In July alone, 13,456 migrants left the country. “Boys, students are coming. Many of them participated in the 2018 protests,” said the Nicaraguan-American Alliance for Human Rights (NAHRA). For the Government, exile is not only an escape valve that reduces internal pressure. It can also represent a greater flow of remittances from the United States such as Spain and Costa Rica.