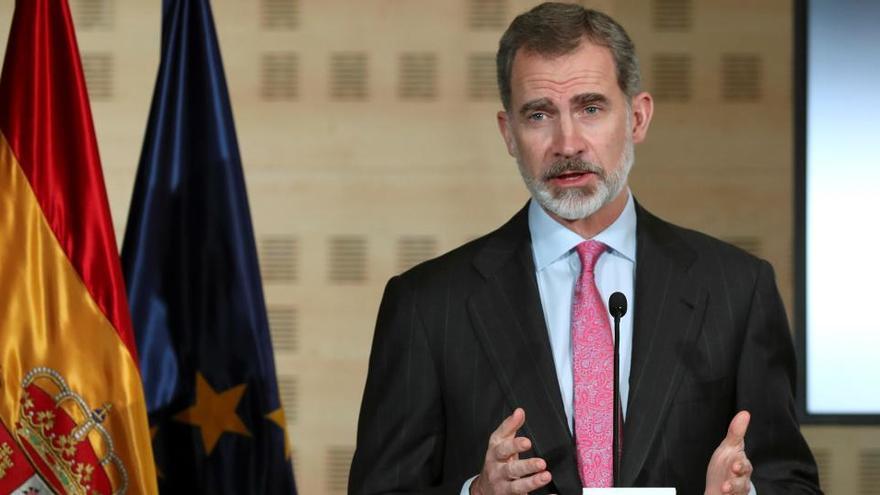 The King has assured this Wednesday that “the power of the Spanish educational system” and, in particular, of its public and private universities, it has to be “a fundamental tool” that contributes to the work of international cooperation.

Felipe VI, accompanied by Queen Letizia, has presided over the presentation of the website ‘Spanish cooperation scholarships’ at the Palacio de Viana in Madrid with the Minister of Foreign Affairs, Arancha González Laya.

Under the slogan ‘Becas that change lives’, the new portal compiles all the study aids and professional practices offered by the Spanish Agency for International Development Cooperation (Aecid) and the Carolina Foundation.

For this year, these institutions offer around a thousand scholarships, amounting to 14 million euros, financed with the support of companies and universities.

This alliance between the public and private sectors and the academic sphere is, in the opinion of the monarch, the “most suitable” formula to face current challenges and that “the pandemic constantly remembers”.

“The power of our educational system, of our public and private universities, has to be a fundamental tool that contributes to the work of cooperation, especially in the field of education and training,” stressed the Head of State.

The 90 percent of the scholarships are aimed at foreign students, mainly from Latin America, but also from Africa, Asia and EU countries, and the rest, to Spanish.

The objective of these grants is promote postgraduate studies, research and reducing the digital and gender gap.

The King has valued that in the current context, in which mobility is very restricted, it continues to support students and professionals, especially Latin Americans, to contribute to the development of partner countries.

“The pandemic has accelerated digital communications, which have been of great help to us during these months. But the direct relationship between people continues to be an elementary value of collective progress “, he pointed out.

Thus, has stressed the importance of promoting “the exchange, management and shared creation of knowledge” through scholarships because their effect is “real and visible in the short and long term.”

In addition to helping create a citizenship “more committed and supportive”, the King pointed out, education results in social cohesion and “reinforces a framework of tolerance and respect.”

González Laya has stated that scholarships are one of the axes of Spanish cultural diplomacy and fundamental instrument of cooperation, which, in turn, should be “one of the great hallmarks of the country’s foreign action.”

Around 38,000 people have benefited from the study and professional aids granted by Aecid and the Carolina Foundation.

During the event, a video was shown in which a Colombian student with a scholarship who is doing her doctorate at the Complutense University of Madrid has intervened and who has offered her testimony about what this aid represents.

“They are scholarships that change life”, has emphasized Angie Yirlesa Valoyes, whose research deals with the peace process in Colombia.

The event was attended by the Secretary of State for International Cooperation, Ángeles Moreno; the director of Aecid, Magdy Martínez-Solimán, and that of the Carolina Foundation, José Antonio Sanahuja, as well as the Ibero-American secretary general, Rebeca Grynspan, among other authorities.