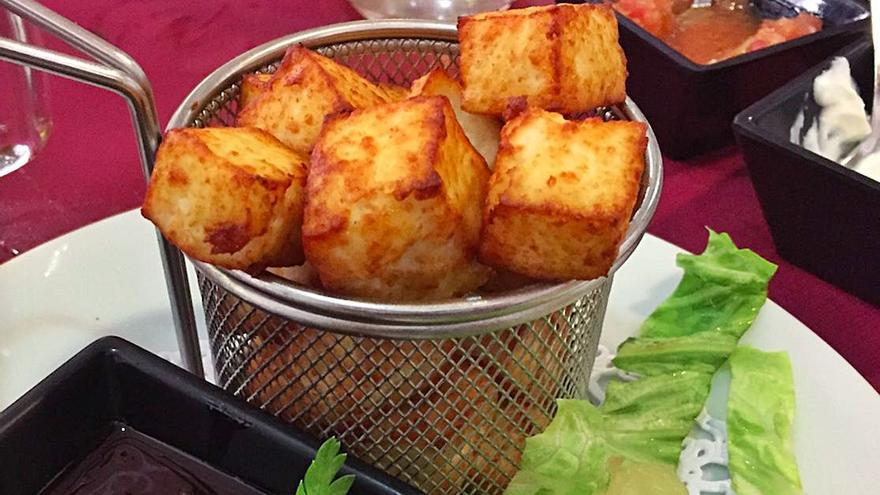 From that roots, Lácteos Segarra was born in 1986, picking up the witness of a family trajectory that goes back, at least, to 1964. From the dedication of his father to goat farming -with some three hundred heads- and to the sale of milk – At 7 pesetas a liter, at that time-, Antonio Segarra founded a cheese factory in the town of Jubalcoy from Elche that, overcoming all the sanitary and bureaucratic obstacles of an administration that did not fit such activity, elaborated the traditional blanquet cheese, rigorously cool.

With rosemary, with truffle … with chocolate!

Segarra soon incorporated other types of specialties. Through Luis Nondedeu -who from the Bar Luis made known in Alicante a new gastronomy where cheese played a notable role-, he contacted Enric Canut. The great helmsman of the cheese revolution in Spain during the 80s and 90s tasted his matured goat cheeses and encouraged him to persevere in that line. In addition to the aired, semi-cured or cured goat cheeses, Caprilice adopted techniques and styles from neighboring cheese-making areas. One of its specialties, 90% exported to the United States, is goat cheese with wine, made in the way that a designation of origin protects in Murcia: the pieces are macerated in monastrell red, which transmits its color. to the bark and adds slight vinous notes to the flavor and aroma. Rosemary cheese comes from other Valencian regions – with a rind made from the leaves of that herb, whose balsamic nuances on the nose and in the mouth penetrate a distinctly Mediterranean set – or napkin cheese and those characteristic striations marked by the production method , in which the curd is pressed by squeezing it with a cloth.

A recent milestone around the Caprilice napkin cheese enters fully into the historical or mythological repertoire of gastronomic recipes and inventions arising from a setback or oversight. It turns out that a batch of napkin stayed in the corresponding chamber, due to the pandemic, for longer than expected and 7,000 cheeses that were going to semi-cured prolonged their maturation. The disappointment became an advantage when a large supermarket chain saw a new cured cheese in them and decided to buy them. They lasted barely a week and the overwhelming success of the new cured napkin has made it a regular for orders from that brand. However, 40% of the production of Lácteos Segarra continues to be fresh cheeses -including different formats and also specialties such as cottage cheese- whose consumption is currently on the rise. Among the ripened ones, there is no shortage of those with paprika, truffle or black garlic. An experiment like that of cheese with choco-late points out ways and perhaps it will surprise us on the shelves when the formula for that suggestive combination is finished polishing.

Mask before the pandemic

Murcian-granandina goat’s milk is the fundamental ingredient of Caprilice cheeses, provided that it is allowed by a supply conditioned by the seasons – production falls in autumn and winter – and with the constant fear that the reduction of the cabin and the lack of generational renewal further limit their availability. Preferably, it comes from dairies in Monforte or Crevillent, but also from others located in the Region of Murcia or in the province of Albacete. This breed is perfectly acclimated to this environment, where it guarantees an ideal performance, both in quantity and quality, and was already the protagonist of the old family farm.

Antonio Segarra made the leap to the Elche Industrial Park at the end of the last century, with a first warehouse that was burned in the flames in 2001. That precipitated an already planned transfer to new facilities projected in the vicinity of the previous ones, although Lácteos Segarra it took a year to rise from its ashes. The profitability of an important investment in the integral mechanization of its processes has also run into a setback such as the covid-19 pandemic … and that all the operators were used to always working with a surgical mask before the others! we would have to submit to such a nuisance! The company, with about forty workers in a 4,500-square-meter warehouse, perfectly differentiated between the fresh area and the ripening area, calculated to double its production, which is about 10,000 kilos of cheese a week. The coronavirus forced him to put the brakes on, but Lacteos Segarra hopes to achieve that goal as soon as the pandemic parenthesis closes.