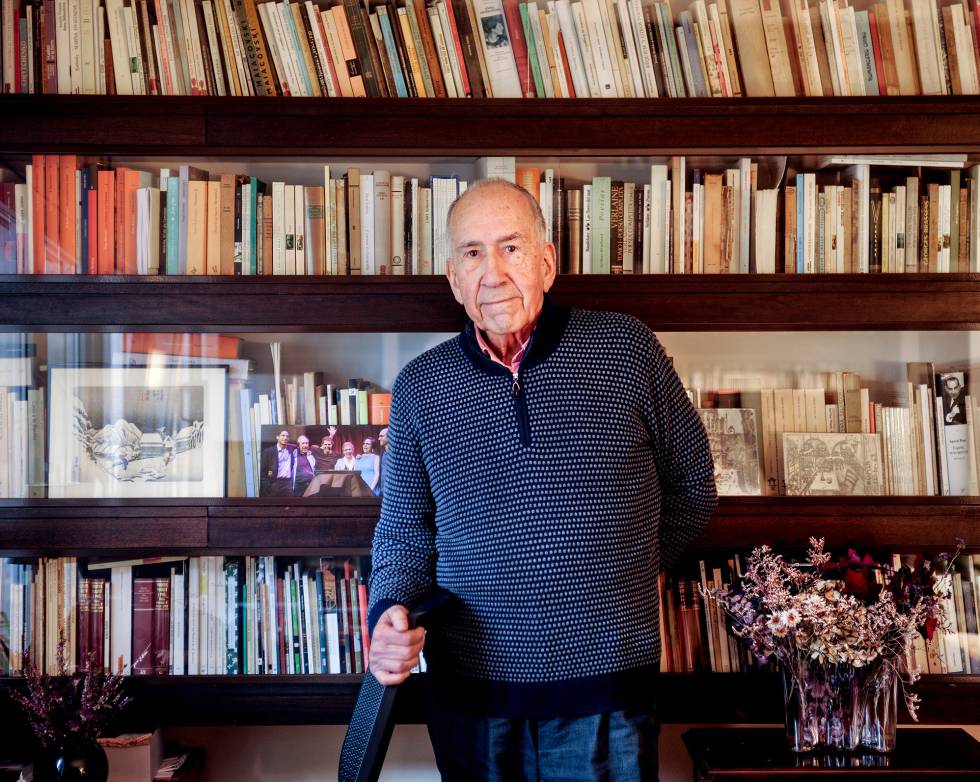 The Kings have traveled by surprise to Barcelona this Monday to present Joan Margarit with the 2019 Cervantes Prize, which he could not receive last April due to the restrictions imposed by the coronavirus. Felipe VI has presided over a “private act” (name given by Zarzuela to justify that it was not announced publicly) in the Albéniz palace in Barcelona, ​​where the award was presented to the Catalan poet accompanied by the Queen and the Minister of Culture , José Manuel Rodríguez Uribes.

The act, which with only a dozen attendees, was not on the official calendar of the Kings, which was made public last Friday. Felipe VI and Mrs. Letizia traveled to the Catalan capital early in the morning, according to EL PAÍS sources from the security system. Despite the questions from this newspaper, the Casa del Rey did not confirm the visit until both had already left the palace that serves as their official residence during their stays in Barcelona, ​​shortly before two in the afternoon, and started to return to Madrid. Sources close to the Zarzuela indicated that it was the poet’s own family that requested that the act take place in privacy. During the ceremony, Margarit, 82 years old, accompanied by his wife, children and grandchildren, read two poems in Spanish and Catalan.

“We would give each other a huge hug, but …”, said Felipe VI when he met Margarit, to whom he gestured with his arms. “Thanks for the defense. I do not know if I deserve it, but I am delighted, “replied the winner.

“We have not wanted to stop making the delivery,” said Felipe VI, as seen in a video broadcast by the Casa del Rey on his Twitter account. “The award is this and the medal comes later,” he added when presenting the award. “We cannot make speeches here,” the Monarch then joked.

In a message on Twitter, The Minister of Culture has described the act as “endearing and very emotional” and has shown a dedication that the Catalan poet has written to him in a copy of his autobiography To have a house you have to win the war: “To José Manuel, my Minister of Culture with gratitude for his deference in ‘bringing’ the Cervantes to Barcelona.” Thank you dear Joan [Margarit], for a gift that I will keep as a jewel. Thank you for your work and thank you for your example ”, Rodríguez Uribes added in his tweet.

The last time the King went to the Catalan capital was on October 9, on the occasion of the Barcelona New Economy Week (BNEW) awards ceremony, at the Francia station. The event was surrounded by a strong security device and with several protest demonstrations in the vicinity. The visit, in which Felipe VI was accompanied by President Pedro Sánchez, took place a few days after, on September 22, the Government vetoed his presence at the delivery of offices from the Judicial School, which caused a strong controversy .