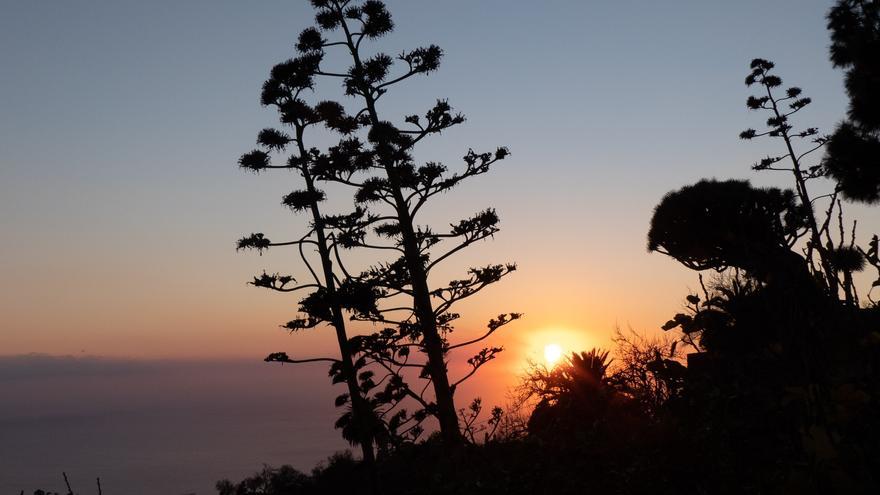 The accumulation of pyroclasts has generated a new cone in the La Palma volcano that emits lava without occupying more territory, as it runs north and to the center of the oldest streams, while the magma front is watched with concern located 800 meters from La Laguna.

Eruptive activity at Cumbre Vieja continues to be concentrated primarily on the northeast flank of the volcano, where a cone of pyroclasts with strombolian and effusive activity has formed that emits lava flows that do not occupy new territory, the scientific spokesperson of the Canary Islands Volcanic Risk Emergency Plan (Pevolca) specified this Wednesday, Maria Jose Blanco.

This Tuesday there were small landslides inside the crater of this cone that have contributed blocks later transported by the runoffs, Blanco continued, who has indicated that in the emitting sources of the main cone the activity this Wednesday has been scarce and intermittent, with a predominance of fumaroles.

For his part, the technical director of Pevolca, Miguel Angel Morcuende, has confirmed that after the landslides registered this Tuesday night the lava energy circulates through the north and the center of the old flows, which contribute magma to the lava tubes and these, in turn, supply material to the deltas in the sea.

Authorities continue to be concerned about the laundry located further north, the so-called 12 by the Military Emergency Unit (UME), which is “broken off” from the old, while they monitor “very closely and attentive to what may happen” with the front of the wash 8, now stopped 800 meters from the center of La Laguna and that can advance depending on the “push” it receives from the center of issue.

In Morcuende’s opinion, the most important thing recorded on Tuesday’s session was the high emission of gases in the evacuated areas to the south, which prevented access to citizens to carry out ash cleaning work, but during the night these values ​​lost intensity and this morning entry to those areas was authorized.

For María José Blanco, the most striking phenomenon in the last hours within this eruptive process has been el increase in seismicity, especially at intermediate depths, with more than 340 earthquakes in the last hours, according to the National Geographic Institute (IGN), and the largest earthquake of 4.8 mgLg and intensity IV located 37 kilometers.

The tremor level is in average values ​​with abrupt changes in level and, in terms of deformation, there is stability without a defined tendency in the stations closest to the eruptive center and a slight tendency to deflation in the farthest.

The sulfur dioxide emission associated with the volcanic plume continues at high values, between 1,000 and 29,999 tons per day, although these are figures that reflect a downward trend since last September 23, when they exceeded 50,000 tons.

The height of the gas and ash column has reached 3,500 meters this Wednesday and the cloud of steam development has reached 5,200, according to Pevolca scientists.

The influence of the trade winds and the consequent dispersion of the ashes towards the south-southwest will generate in principle a favorable scenario for good operations at La Palma airport, has specified Morcuende.

Regarding air quality regarding the incidence of sulfur dioxide, This Tuesday the hourly or daily limit values ​​were not exceeded in any station on the island and this Wednesday the values ​​have been good in all of them, as there has been a general improvement in these indicators.

Regarding suspended particles of less than 10 microns, all the indices are below the thresholds and the air quality is good throughout the island, and reasonably good in La Grama and Los Llanos de Aridane.

Since the eruption began 73 days ago, the lava has affected a total of 1,134 hectares.

As a result of the evacuation of their homes, they are still housed in hotels in Fuencaliente, Los Llanos de Aridane and Breña Baja, 533 neighbors, while in social health centers on the island 43 people with dependency are housed.