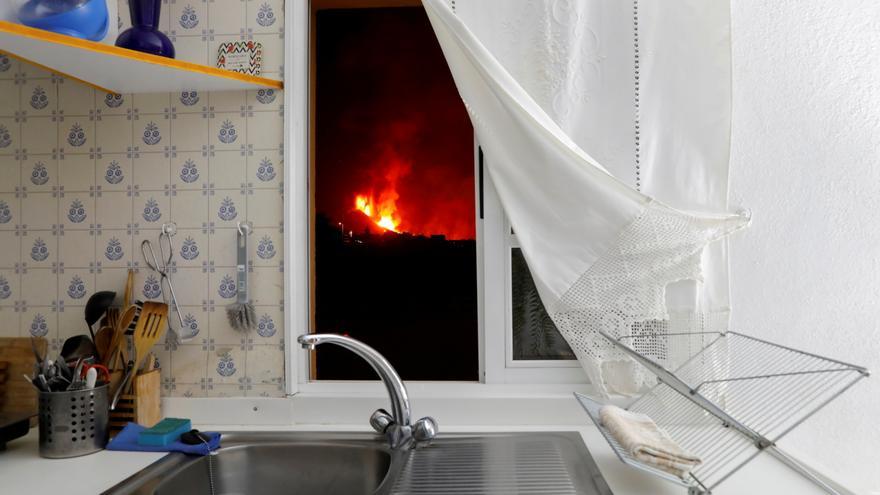 Since the earth opened in The Palm More than two months ago, there are many things that the lava from the volcano has taken in its path and many others that have been complicated in daily life. This is the case of those patients who have to travel to Tenerife to receive medical treatment and now they have to go by boat because the ash prevents flights.

In La Palma, radiotherapy, neonatology or neurosurgery services are not provided, nor can catheterizations be performed on people who suffer a heart attack. Something that the director of the Canary Islands Health Service (SCS), Conrado Domínguez, attributes to the “Canarian reality”, since it is a situation very similar to that of the rest of the islands with the exception of Tenerife and Gran Canaria.

The ashes emitted by the volcano have left the La Palma airport inoperative on several occasions, the last one last week, forcing the patients of these services to have to make a trip of about three hours by boat to reach Tenerife, and another one from the port of Los Cristianos to the reference hospital, the Hospital Universitario de Canarias.

“Not one of the patients has missed their appointment,” the Manager of La Palma Health Services, Mercedes Coello, emphasizes to EFE, although she clarifies that the situation is complicated by urgent transfers as in the case of myocardial infarctions, which require a catheterization in the first hours.

A problem that has been solved by transferring these people in a medical ambulance in the hold of a ship.

Normally these transfers are made by helicopter, but it has not been able to take off from the island during the week in which the airspace was closed, a few days in which the Canarian health has had to carry out four urgent transfers from an island to another in which no setback has occurred.

Coello acknowledges that the action protocol that has been managed “is not the appropriate one, but it is the one that can be done at this time”, while explaining that patients from La Palma who move to receive treatments such as radiotherapy, who previously came and went the same day, are being paid for their stay in Tenerife.

The La Palma volcano and the gases it emits not only complicate the transfer of palm patients, but also causes problems for which there are no units on the island, such as bronchiolitis that it can produce some newborns, something that makes it necessary to transfer them to neonatology, a service that does not exist in the local hospital either.

Premature babies are born in Tenerife

Precisely To avoid complications with premature babies, an attempt is being made for all these children to be born in TenerifeAlthough, according to the president of the Association of Parents of Premature Mothers of Tenerife (APREMATE), Vanesa Hernández, this is not always possible and many times the newborn has to be admitted to an island other than the one where his mother.

“Imagine the transfer by boat with a 700-gram baby,” says Hernández, who explains that babies can spend up to three months in Tenerife, time in which the SCS covers the stay and diets of the family, although not in advance, something that makes it more complicated for many families.

“We know that the Hospital de La Palma is giving everything and more,” clarifies Hernández, who on November 11 held a meeting with the island’s health officials to try to ensure that the La Palma volcano did not complicate the births of these children.

The director of the SCS has assured EFE that “they are working on the possibility of having a larger and more stable unit for newborns”, although he assures that this is linked to having more specialists: “It is not just a matter of wanting have it “.

Domínguez assures that “almost all services are already provided at the Hospital de La Palma” and explains that within the contingency plans there is the possibility of moving specialists to the island if the situation becomes complicated, following a policy of “moving the services and not patients. ”

“We are responding little by little to all the challenges that the volcano brings us,” adds Domínguez, who has announced that A series of agreements have been negotiated with Binter – the airline that operates between islands – to increase the number of seats and give priority to medical transfers once the airspace is open.

From Binter they confirm these agreements, although they add that it is not something exceptional and that before the volcano erupted they already increased the number of reserved places according to health demand, although they explain that none of their planes is prepared for the transfer of patients, rather, they travel “like a normal passenger”