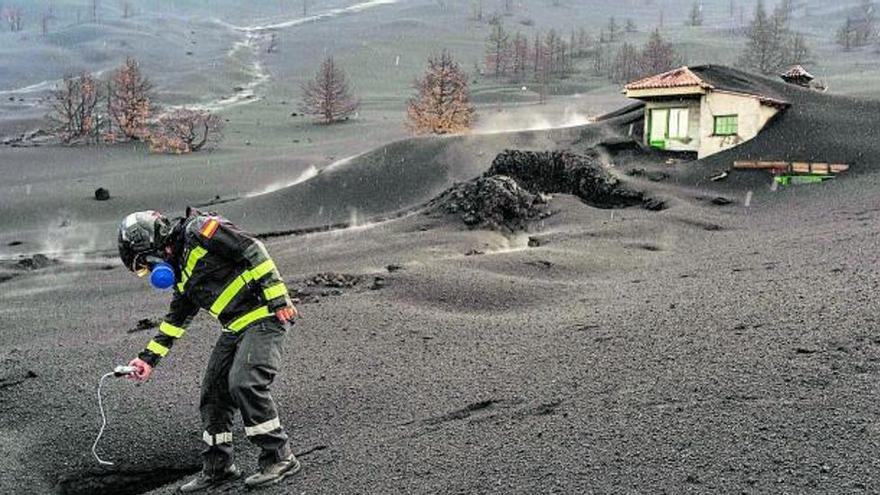 When the La Palma volcano erupted, science reacted in time. Scientific knowledge was mature enough to avoid deaths and to know that sooner rather than later, a volcano would emerge on a specific perimeter of the western slope of Cumbre Vieja. The Tagoro eruption, on El Hierro, was a definitive milestone to achieve this preparation, for it was she who greased the scientific machinery of the Islands. Thanks to the underwater volcano, the first to be monitored in Spain and in the world, the role of seismicity, deformation and gases in the Canary Islands began to be understood. A knowledge that from September 11 to 19, 2021 was key to prevent a human misfortune from happening on La Palma. Today, all the data that is being collected on the eruption, which is possibly the most monitored in the world, will serve as a world reference and can be used in the Canary Islands “to save lives “in future eruptions of the Archipelago.

A recent opinion article, published in the journal Science, highlights how important the preparation of the surveillance teams has been, both from the National Geographic Institute (IGN) and the Volcanological Institute of the Canary Islands (Involcan), as well as the deployment of media that was held since 2017 on La Palma. The author of the article, the volcanologist, Marc-Antoine Longpré, shows that “with disaster will come opportunities” because, as he insists that “identify and dissect the revival of Cumbre Vieja, from the beginning, after five decades of stillness, it will have tremendous value. “In this sense, the scientist refers both to the future prevention of volcanism in the Canary Islands and to the reevaluation of the past with current data.

That this eruption is going to be a scientific shock is something that no one doubts. “This eruption we are going to get a lot of information about the depth of reservoirs, which ones are active, how they are related to deformation and gases, among other things, “says Pablo Rodríguez, the volcanologist of the Higher Council for Scientific Research (CSIC). which is now a mess of data without much sense – sometimes even for scientists themselves -, in the future “when it becomes clean” will begin to form part of the corpus of knowledge that canaries have about their volcanism.

A type of activity that, although it is not unique in the world, it has hardly been monitored in history. And it is that, with the exception of the Paricutín volcano, in Mexico, there are very few monogenetic volcanoes that have been “riddled” with such an immense amount of technology as the one around the La Palma volcano. Stavros Meletlidis, a volcanologist at the National Geographic Institute (IGN), goes further: “this volcano will have more data even than the largest volcanoes in the world, because it has caused much more affection to the population “.

However, there are still doubts as to whether this eruption, which is close to becoming a global benchmark, will be able to help solve such complex questions as predicting how long a volcano will be active or how big it will be. For Rodríguez, progress will be made in revealing an unknown like this if “a predictive model in which all the precursors are integrated” can be established. As he explains, with a mathematical model that takes into account all the indicators (such as seismicity, deformation or gas emission), as well as their interrelation, a reliable estimate could be given. “We need a compendium of observables, because no one separately gives us clear information,” he explains. For this, as he recalls, “you need more science and more investment.”

However, Meletlidis considers the current volcanic setting to be somewhat more intricate. “We could have 30 different parameters, but they all fluctuate independently,” he reviews. The volcanologist relates wanting model the eruptions of the Canary Islands with trying to “bring order to the universe.” Furthermore, there is still more work to be done to be able to “decipher the signals” because, as Meletlidis admits, “there are still things that we see and do not understand.”

“Nature is complex; we are always going to miss something when it comes to understanding it,” Meletledis emphasizes. For the scientist, it is assumed that in the most frequent eruptions in the Canary Islands, the monogenetic ones, it is very difficult to calculate how much magma there is, and this is the indispensable indicator to predict when they will go back to sleep. “In monogenetic eruptions like this one, where there is a connection with the upper part of the mantle, the reservoir is incalculable; it is impossible.” What is clear is that this eruption will help both in the risk fest, as in improving the technology and science applied to volcanoes, as to build new knowledge about the volcanoes of the Canary Islands, which will be as important for the world as it is for the safety of the Islands.

Leave the past behind

Although Marc-Antoine Longpre is committed to using the volcano’s data to re-evaluate the past of the islands, especially historical eruptions, scientists are not so clear. Stavros Meletlidis is radical: “we must leave the past behind.” For the volcanologist of the National Geographic Institute (IGN), this information does not reflect the current reality and it is necessary to “get it out of his head.” Especially since they are not objective enough. “We are talking many times of 500 years of activity, when Cumbre Vieja has more than 125,000”, he insists. For this reason, he specifies that, from now on, it is much more interesting for the Archipelago to have the last two eruptions (the current one and that of El Hierro) as a scientific reference for how volcanoes behave in the Canary Islands.