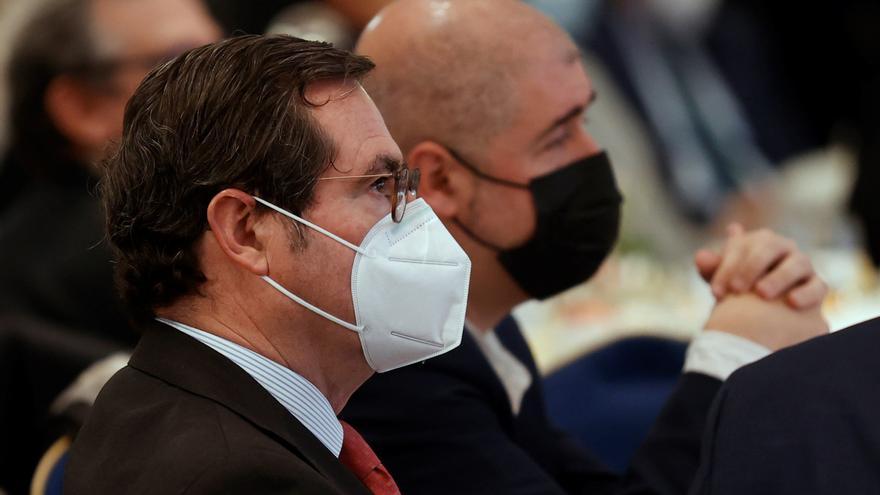 The negotiation of the labor reform is not only a matter of the Government, unions and employers; With or without an agreement, the Executive wants the Council of Ministers to approve the text before the end of the year, but afterwards the resulting Royal Decree-law will have to receive the approval of Congress. To pass this test, the votes of the nationalist groups will be necessary, since it seems unlikely that the right will allow a reform that is presented as a challenge to the regulations of the Rajoy era, so the Government is preparing to accommodate in the text the demands of parties such as PNV, ERC or EH Bildu; and a crucial aspect will be to give more force to the autonomic agreements, that in the drafts that are already being handled at the negotiating table, they recover part of their old power.

In a modification that has gone unnoticed in the face of the most media debate on temporality, the texts that the Executive has proposed to the negotiators delete a line from the current wording of Article 84.4 of the Workers’ Statute that it will prevent -from going ahead- that the negotiators of state agreements have the power to restrict the matters that the regional agreements they can regulate. This, in practice, would almost totally match the covenants of both levels, since the only non-negotiable matters in the scope of an autonomous community would be those that have been explicitly included in the norm for years: “the trial period, the contracting modalities, the professional classification, the maximum working day annual work, the disciplinary regime, the minimum standards in the prevention of occupational hazards and geographical mobility “. In the rest of the matters, the autonomic negotiation could not be limited by the state one.

This change is not directed against the labor reform of 2012, but against the reform of collective bargaining undertaken a year earlier by the Government of Jose Luis Rodriguez Zapatero and that was respected by the Executive of Rajoy. According to an analysis carried out by labor experts and published by the Ministry of Employment in 2016, “the reform of the structure of collective bargaining introduced by the reform of RDL 7/2011 […] translates into a significant potential centralization of decision-making power regarding it, as it is the state level that can, ultimately, determine which matters may be negotiated at the different lower supra-corporate levels“.” It can be of little use to have a power of decision […] in the autonomous sphere, if afterwards it is the state body that can determine what can be negotiated in them “, remarks that study.

The employer does not want

Waiting for this matter to be analyzed in the negotiation table between the Government and social agents (the one drafted with the deletion was raised months ago, but has not yet been discussed in this last decisive phase of the talks), the greatest difficulties in accepting this modification will come from the employer, who refuses to promote the regional agreements against the state, according to sources of the negotiation. They fear that the improvements that can be collected in the agreements of the richest territories will spur demands in the rest of the autonomous communities.

In the unions, on the other hand, they are willing to accept the new wording, to which their territorial organizations in Catalonia and the Basque Country are favorable, where the tradition of regional pacts is especially strong and from which they come, by the way, Pepe Álvarez – who was for 26 years the leader of the UGT of Catalonia- and Unai Sordo -Secretary General of CCOO Euskadi between 2009 and 2017-. Although there are voices within the union confederations that oppose state negotiation sharing a leading role with the autonomic one, a very belligerent reaction is not expected because “it is difficult to oppose the opening of a scope of negotiation if the unions and the employers of the territory want to agree with each other”, admit union sources.

ERC wants to talk about agreements

The importance of the political flank of the labor reform increases as the deadline for the Council of Ministers to approve the text and forward it to Congress approaches: December 31. In the last hours, different nationalist groups have reminded the Executive that they also want to participate in the draft, and in fact, ERC parliamentary spokesman, Gabriel Rufián, has done explicit reference to the “regional collective agreements, because there are those who should be above the state ones, due to a matter of dignifying working conditions “as one of the” important “issues for their party.” It is a bad idea not to talk to ERC about labor reform “, He has warned; this Wednesday, the spokesman for labor affairs of his party will ask the second vice president and Minister of Labor, Yolanda Díaz, about the labor reform in the Control Session of the Government in Congress.

For his part, EH Bildu requested this Tuesday the appearance of Díaz in the Chamber to explain the progress of the negotiations, while the PNV has scheduled a meeting between his parliamentary spokesman, Aitor Esteban, and the Minister of Labor for this week.

Meanwhile, the social dialogue table on labor reform continues to meet daily to try to reach a pact: both on Monday and Tuesday the meetings between unions, businessmen and the Government lasted about five hours each, and for now -according to sources of the negotiation – have not led to any concrete agreement or led to new texts, although there are some sense of advancement, or at least “we can say that we have not regressed, which is not little,” these sources point out.

Union and business leaders continue to publicly underline their intention to reach a pact but also its difficulties: for Pepe Álvarez, this week should end “with the topics mature enough to start writing the one that comes with the concrete text”, something that – he clarified – “it will not be easy at all”; CEOE president, Antonio Garamendi, defended his “unequivocal vocation to reach an agreement”, which “does not mean that we are going to say yes”, he clarified; while Unai Sordo warned against “excessive optimism”, because the negotiation has “a few chapters” left.

The regional agreements, still a minority

Collective bargaining in Spain is marked by the quantitative role of company agreements, but agreements most influential are state and provincial; the autonomic ones are important, but their weight is less.

According to the figures for 2019, the last year with definitive data, in Spain there are 5,540 agreements with economic effects for that year. The vast majority, 4,385, are company, but they reach relatively few workers, 921,558, to which should be added another 295,903 employees of the 111 company group agreements.

On the other hand, the 89 state sector agreements affect 3,832,913 workers, and very similar numbers of employees (3,830,159) are those whose working conditions are regulated by the 681 provincial agreements.

At the autonomous level there are 271 agreements, reaching 2,506,784 workers. Experts believe that a regulation like the one now on the table could stimulate the signing of these agreements, although that will ultimately depend on negotiators, accustomed to provincial and state formulas, being encouraged to explore the possibilities of the new normative.