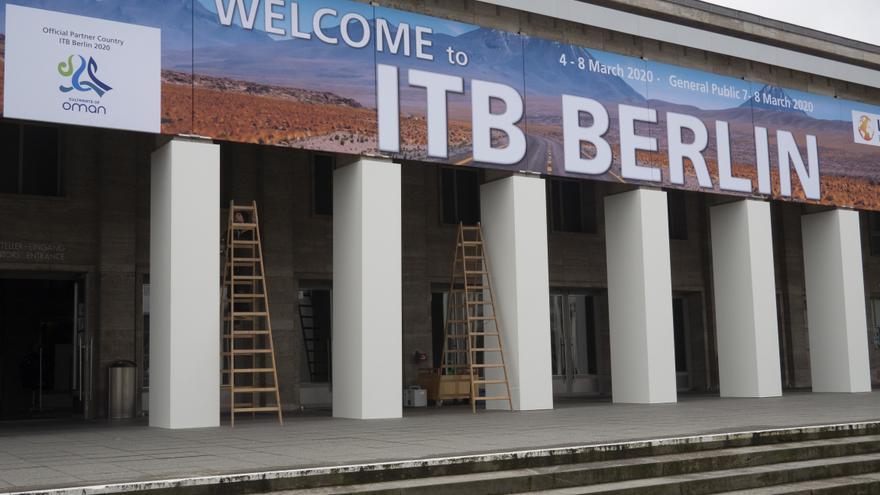 The ITB Berlin 2022 has once again canceled all the face-to-face activity initially planned after the appearance of the new variant of the covid, the omicron, and the rise of positive cases in the international context. The organizer of the international tourism fair in the German capital, exhibition center Berlin, has explained that it cannot offer exhibitors and partners the security necessary to hold it at the beginning of March, as confirmed in a press release. Specifically, from the organization of the event, they allude to the current situation of the pandemic and the restrictions imposed on the number of participants in large events.

One of the alternatives that were raised was the postponement of the fair until summer, However, the organization ruled it out because it coincided with the busiest period in the sector. In addition, it estimates that the agents of the sector close their agreements before March, with the idea of ​​preparing for the high season. For this reason, the organization is working on improving its digital tools, as well as preparing a series of services and events in virtual and face-to-face format for 2022, as explained by the general director of Messe Berlin, Martin Ecknig.

From January you will be able to access daily updates on the new concept in the ITB website. For information on cancellation issues, new participation conditions, ticket sales and the Digital Business Day, which will be held on March 17, can be consulted on the same website.

In addition, the Tourism Fair plans to hold face-to-face satellite events in different European destinations. These are one-day B2B events that will take place in different parts of Europe, bringing together suppliers and buyers. With these events, ITB Berlin continues the success story of the eventss Travel Meet Asia e ITB China Travel MeetUp, organized by international brands ITB Asia and ITB China in their respective Asian and Chinese markets.

For its part, the management of the International Tourism Fair of Spain, Fitur, has ensured that it maintains its 42nd edition on the scheduled dates, between January 19 and 23, 2022, and in its usual format, after the cancellation of the face-to-face part of the ITB Berlin fair, scheduled for next March, was known. “To this day, Fitur continues on”, sources from the organization of the fair have pointed out to Efe, which registers significant growth compared to its edition “Special Recovery Tourism”, which exceptionally took place in May 2021 and which had 62,000 visitors (compared to 255,000 in 2019 ).

The same source has highlighted that no cancellation has been registered in the participation as a result of the omicron variant of coronavirus and the fair, with the data it currently has, is sure that it will celebrate “a great edit”. For its organizers, without a doubt, in favor of the development of Fitur there is not only the best situation in Spain in terms of the figures for the impact of the pandemic, but also “the fact of having demonstrated, with the edition carried out in May of this year In a much more complex situation, it is possible to hold the fair with all the sanitary guarantees “. Fitur sources emphasize that they will activate all security measures and protocols, and will be guided, in any case, “and how could it be otherwise, by what is determined from our health authorities.” As for Fitur, the data from last October show a growth of 53% compared to 2021, with the representation of the Spanish tourism industry already confirmed at its highest level in terms of autonomous communities and cities, and also in a very positive way In terms of companies, added to this is the growth in official international participation, which in October was above 48%.

The 2022 edition will be held under the motto “We embrace the world” and the entire offer will be spread over eight pavilions, with the Dominican Republic being the partner country.