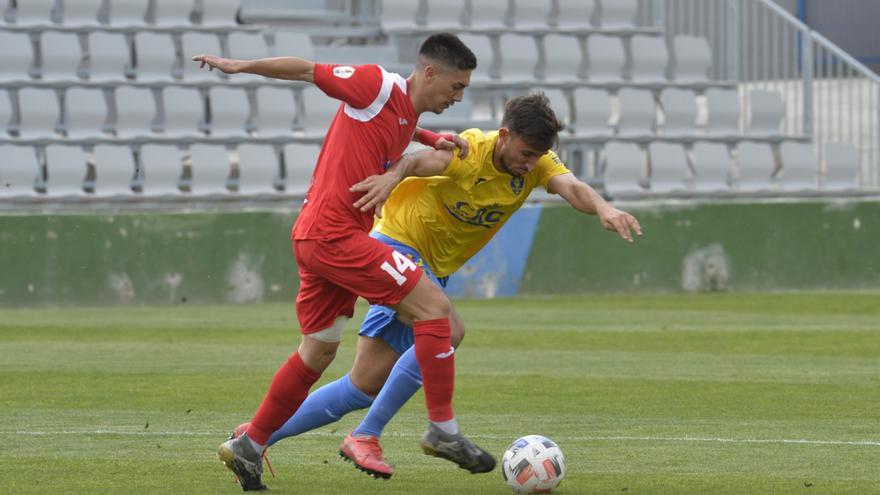 In Los Arcos, a scorpion group was seen grown, confident in itself and believing in its possibilities. And that was reflected in the offensive game displayed by the Scorpion team and the many difficulties it put the Catalan team. However, El Prat ended up winning a point, while the Oriolanos had the opportunity to have lost two.

The first part was very entertaining for the few people who were able to access the Los Arcos stands due to the sanitary restrictions due to the pandemic. A lot of speed in the game and chances for both teams, especially for the Oriolano, left the fans satisfied after the break, which sang the now classic “yes we can” song. And it is that the Machuca team maintained that image of bravery that has characterized it in the previous two days, in which it added two wins in a row, and that has led it not to be subdued by any rival and, even in many moments, to be the clear dominator of the parties.

In the first 45 minutes, Orihuela had clear chances to have gone to rest with an advantage on the scoreboard, but did not have the necessary effectiveness to do so. Already in the first minutes, a shot from Toché to the crossbar served as a warning of the intention of a scorpion team, which does not give up giving everything to achieve the miracle of permanence.

El Prat also looked for the opposite goal. In fact, Aitor Arias had to fly to corner a strong right hand from outside the area in the 22nd minute.

But Orihuela de Machuca was not intimidated and kept looking, quickly and decisively, for the goal. In the 24th minute it was Brian who had the opportunity at the near post after a good cross from Marín into the box, but Gratiotto managed to catch it in time.

Four minutes later, fortune again aligned itself with El Prat. Neeskens took the ball on the same goal line after a shot from Solano, when the fans were already celebrating the goal that finally did not occur.

Until the end of the first half, Orihuela sought, without lowering its arms, to break the equalizer, but it did not succeed and it was reached the break with a zero draw that did not do justice to the merits of the locals.

In the second half, El Prat came out more in tune and after a few minutes of play on the Oriolano field in which it generated defensive burdens on Machuca’s team, the game was gradually equalizing.

In the 64th minute another great opportunity came for the Oriolanos in a play in which Brian and Toché put goalkeeper Graviaotto to the test, who finally managed to clear for a corner.

From that moment on, the domain began to shift somewhat more to the Oriolano side, while the occasions, when they arrived, were still very clear. In the 72nd minute it was Marí who couldn’t control a Brian cross to the far post well, and the empty goal went out.

In the last minutes, Orihuela again besieged the opposing goal, although luck did not seem to be on their side in terms of success with the goal. In the 88th minute, Craviotto once again avoided the local goal by sending the ball to a corner kick, and in his execution, Toché shot over the crossbar in a very good position.

Machuca’s team decidedly went on the attack assuming any risk and there was no other attack other than the Oriolano, but even so the goal did not come and the game ended in a draw, which is a minor prize.