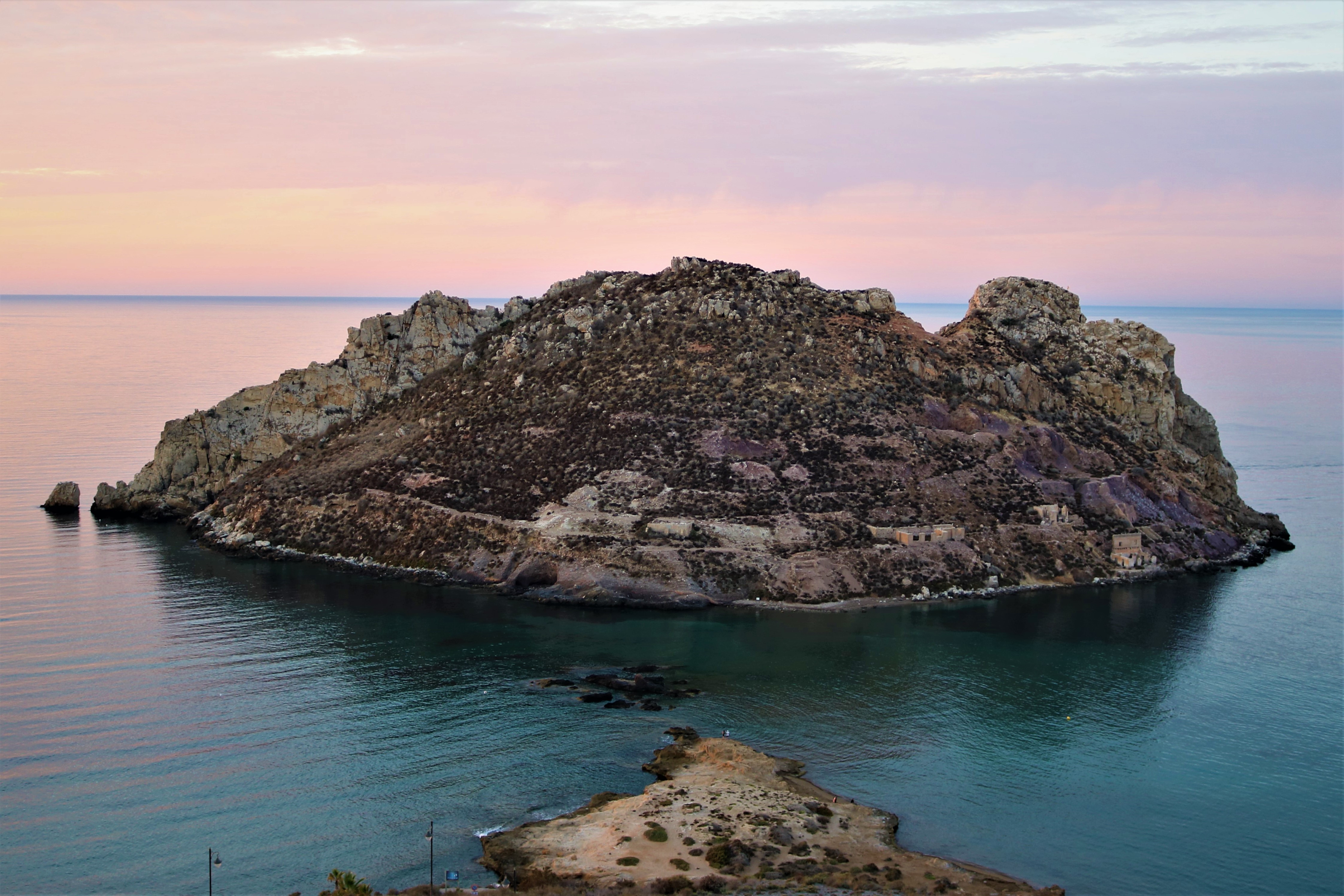 Some two thousand years before Fernando Fernán Gómez, José Sacristán, Gabino Diego, Laura del Sol, María Luisa Ponte or Juan Diego formed a theatrical company to tour the towns of Spain in The journey to nowhere, other Roman actors decided to do the same to earn a living. Thus, by cart or on foot, as did the characters in the Goya winning film in 1986, they arrived in the 1st century at Laminium (Alhambra, Ciudad Real), an old Oretan city conquered by Rome and converted into municipium (with its own institutions and rulers) by the Emperor Vespasiano in the year 74. In 2017, the excavations co-directed by José Luis Fuentes Sánchez, from the University of Granada and the archaeological consultant Oppida, together with Noelia Sánchez Fernández, on the southern slope of a sandstone hill on the outskirts of the town. With the grant of European funds that achieved the Alhambra Tierra Roja cultural association and the support of the Diputación de Ciudad Real and the regional government financed the excavation of a plot of about 1,500 square meters, and this turned out to correspond to one of the six landfills in the Roman town. And among more than two million fragments unearthed, they have found part of a theatrical mask painted in bluish black and wine red, and this has related the story of a traveling company.

The garbage canCATACOMB), of about 5,000 square meters, “it was a steeply sloping space into which mud and silt from the population that inhabited the city were poured. Food scraps, dead animals, household items, construction scraps and all kinds of useless items for recycling also ended up in it, ”explains Fuentes. That is to say, there used up oil amphorae, broken glasses and goblets from taverns or skylights that were no longer used to illuminate houses and streets were thrown … Even pavements and floors, among whose clays necklace beads had been hidden, coins and personal items such as charms, rings or jewelry.

The fragments exhumed in the landfill were manufactured between the 2nd century BC. C and I d. C, “including a scenic mask of exceptional value made in terracotta, and of which the lower left area of ​​the face is preserved”, details the co-director of the excavations. “In it, you can see part of the curl of the hair, the operculum to introduce the rope that would fix it to the actor’s head, the lower area of ​​the left eye, the left cheekbone, the left half of the nose and the upper left half of the mouth ”, reads the report that archaeologists have delivered to the Castilla-La Mancha Community Board.

The first investigations indicate that it is a female stage mask – but possibly used by a man – “that shows a character in a serious attitude announcing tragic news.” This type of facial covering was used in the representations of the so-called New Comedy. Of this, historians know 44 comic characters and 25 tragic, of which 17 correspond to male characters and another eight female.

The recovered fragment maintains a bright red color on the lips and cheekbones, as well as bluish-black in the eye and cheek. These traits constitute a distinctive sign of the attitude of the characters, as the red reflected female cunning, while the black referred to old age and experience in life. “These masks used to be accompanied by wigs and beards with hair made from horse manes or strands of esparto dyed in bright colors. Its internal shape made it possible to modulate the voice and transport the viewer to a strange, psychedelic environment, to a fantasy or mythical climate ”, points out the expert.

Also Read  Flight MH370: can one of the great mysteries of aviation finally be solved?

As the city of Laminium lacked – or at least has not yet been found – theater, specialists believe that it belonged to a “company of actors that moved from one nucleus to another and that acted in closed venues or in public environments, such as squares. ”.

For five years, archaeologists have focused on locating civil structures in the urban topography of the city (about eight hectares). For now, the Fuentes and Tierra Roja team (40 university students and 7 workers) have already identified the maximum thistle and decumanus (the great avenues that crossed the municipality) in the area of ​​the forum, remains of the walls, in addition to the southern landfill extramural. And now, the mask that tells the story of a company of itinerant actors that was not Fernán Gómez’s in the film, but that was similar.