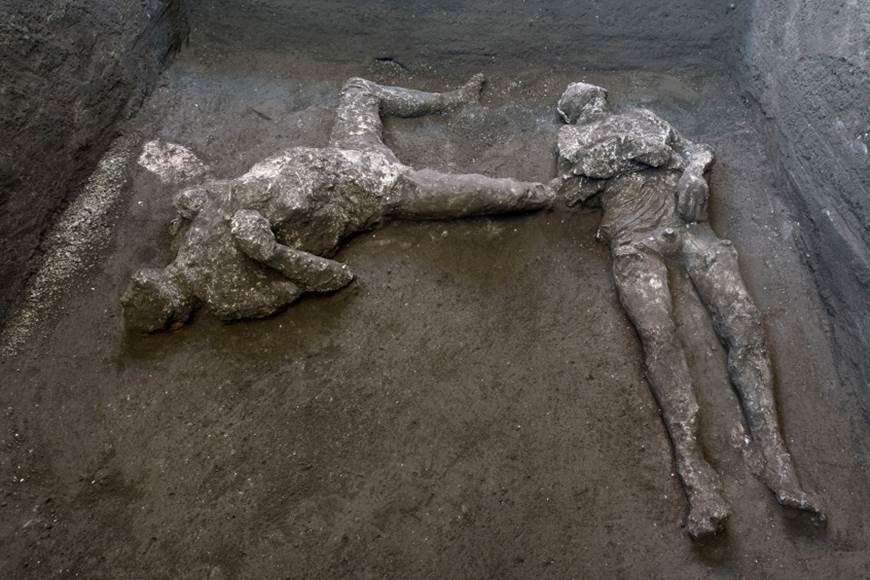 Pompeii has experienced three destructions and two resurrections. It was devastated by the eruption of Vesuvius in AD 79 and preserved for almost two millennia under solidified lava and the remains of the pyroclastic flow. It suffered an Allied bombardment during World War II that damaged the ruins and, between the 1990s and the first two thousand, it was left to its own devices, in the hands of mismanagement and the Camorra. His first resurrection took place in the 18th century when, under the Bourbons, they began to search for the remains of that lost Roman city. The second occurred when a team led by the archaeologist Massimo Osanna took over the reins of the site in 2014 and not only reversed the management of what had already been discovered, but also launched the largest excavation campaign in half a century, during which they have multiplied the findings. And now, in the times of the pandemic, the Roman city has found a new existence, this time digital.

“Excavating Pompeii means facing the stories of those who tried, in vain, to escape the eruption”, says archaeologist Massimo Osanna

Although the site has reopened to the public, it is not precisely the year in which more tourists are waiting: it was one of the most visited monuments in Italy, but the coronavirus has stopped the movement in its tracks. However, Pompeii has turned to the network as it had not done so far, with videos made with drones and digital material provided by the managers of the site itself, but also with a exhibition at the Grand Palais in Paris, which has just been inaugurated with a huge virtual display. Among other things it allows, with augmented reality, plant a restored polychrome statue of Livia in the living room of our houses. The British Museum in London has joined this virtual rediscovery of Pompeii and offers on its website the one and a half hour documentary that runs through its great 2013 exhibition, with the interventions of Mary Beard or Bettany Hughes, among other historians. The contents are available in English, French or Italian.

The Grand Palais exhibition, which has Osanna himself as curator, focuses on new discoveries, the excavations of the so-called Region V. In addition to marvelous mosaics such as an erotic one by Leda and a swan or paintings such as a fresco that shows a Venus raised on a group of elephants, and the discovery of houses and new objects, the researchers have confirmed, thanks to an inscription, that the date of the eruption of Vesuvius that buried the cities of the Gulf of Naples was not in summer, as they believed most archaeologists, but in the fall. In addition, Osanna, who will soon leave his post at the Pompeii Archaeological Park to become the director general of museums throughout Italy, has published, for now in French and Italian, a book in which he summarizes these six years of excavations, The new hours of Pompeii (Flamarion).

Pompeii is both the city that best allows us to see what daily life was like in ancient Rome, but also a place of death and destruction. The Grand Palais exhibition focuses on life that was boiling in Pompeii: it shows some of the new objects discovered, from jewels to testimonies of daily life such as food and perfumes, or virtual reproductions of the domus recently unearthed. But most of these remains are linked to Pompeians who died under the fury of the volcano: in many cases they were trapped by the tragedy because they were unable to understand what was happening and, when they wanted to flee, it was too late. At a time when the world is suffering its worst pandemic in a century, the dead at Pompeii invite reflection on the destructive force of an unpredictable nature.

“The charm of Pompeii is timeless first and foremost because of the vast amount of treasures and beauty it has given us back,” Osanna explains in an email interview. “The numerous finds, from frescoes to precious and everyday objects, graffiti, electoral inscriptions, organic remains of charred food are a unique sample of daily life in the year 79. But there is a component, perhaps more profound and irrational, that shakes the soul attracts and intrigues us thinking about the tragedy that struck Pompeii: the constant and disturbing reference to the transience of life and the impossibility of controlling our destiny ”.

“Each tragedy or human drama confronts us with reflections, induces us to review our behavior and actions,” continues this archaeologist. “The inhabitants of Pompeii in 79 were not prepared for what would happen. Vesuvius was considered a friendly, rich and fertile mountain and they would never have imagined the catastrophe that was coming. Therefore, they did not have indications and guidelines to protect themselves and organize their flight to salvation. Today this is no longer the case, there are means and instruments of prevention in many fields. Both in relation to eruptions and earthquakes as well as the health and hospital organization. Once again we have been shown, now through the pandemic, how important it is to treasure the history and events of the past so as not to repeat mistakes and improve our present and our future ”.

The pandemic not only delayed the opening of the Parisian exhibition from March to July 1 – it will remain open until September 27 – but also forced a rethinking of the exhibition, because those responsible were clear that the visitors would never be the same. They dedicated the months of delay to delve into the virtual bet, which is not limited to those who can see the exhibition live, but to all those who can connect to a computer, a phone or a tablet and have time to spend a few hours submerged in the new discoveries of Pompeii.

“Our proposals, both for the physical exhibition and for the one we offer on the web, complement each other and a third, which is the archaeological site itself. They are complementary and, at the same time, independent ”, says Roei Amit, responsible for the digital development of the exhibition, by telephone from Paris. “The idea for the exhibition was born with the new excavations, which have led to scientific discoveries and the discovery of new neighborhoods. They have updated our knowledge of Pompeii, but they have also been accompanied for the first time by new technologies: high definition filming, terrain analysis and laser mapping … All this allows us to tell the history of Pompeii in a current and contemporary way. When we started doing this exhibition, which is technologically very rich, we didn’t expect what was going to happen and that it was going to become a new way of visiting it ”.

“The idea for the exhibition was born with the new excavations, which have led to scientific discoveries and the discovery of new neighborhoods”, says Roei Amit about the exhibition at the Grand Palais in Paris

In the web of the Grand Palais you can visit the new houses, watch videos of each new discovery and even play with augmented reality. The Archaeological Park of Pompeii, for its part, has made available to the public a video, made with a drone, which allows not only to understand, but above all to contemplate the dimension of the new discoveries.

Pompeii is unique not only for the objects and works of art it hides, but for the stories it reveals. And in this field, new technologies also have a lot to say. “Digging Pompeii means continually encountering the objects of everyday life and confronting the stories and biographies of those who tried, in vain, to escape the eruption,” says Osanna. “Thanks to multidisciplinary research carried out by professionals from different fields (archaeologists, archaeobotanists, anthropologists and volcanologists) and the application of the most innovative analysis techniques, it has been possible to obtain an enormous amount of information about the ancient inhabitants of the city, their diet or how the rash occurred. In a room of the House with a Garden in Region V, for example, a group of victims of at least four women and five children was found. DNA analyzes were performed that established that only some individuals were related. It is possible that the other subjects were in the room to find shelter. They sealed the door of the room with a piece of furniture whose traces were found in the layers of the pyroclastic flow ”.