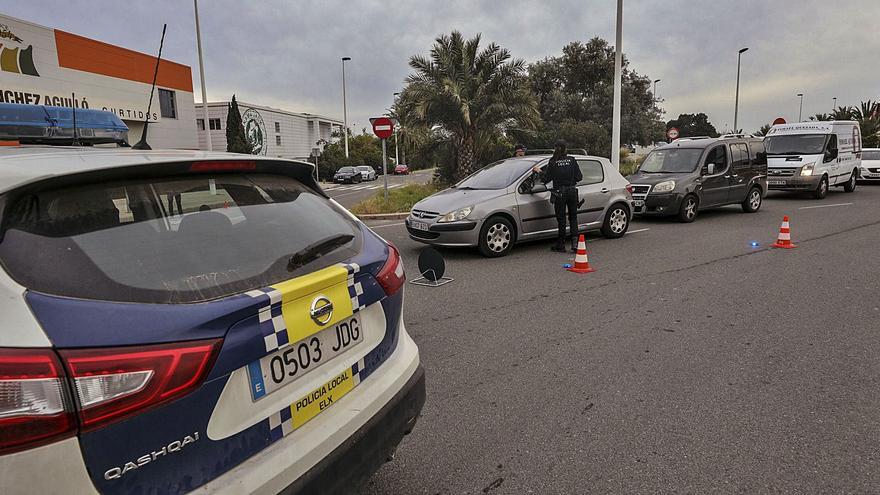 This document has been prepared by José Sánchez, official of the Road Crime Unit of the local body of Elche, but outside service hours and as a collaborating professor of the Valencian Institute of Public Security (IVASPE), an autonomous entity that represents an academy training of local policemen.

In 1999, a manual was created that has been updated, up to the latter, the most accurate and focused on the detection of narcotic substances. It is a tool to successfully pass the habilitation courses, which are an essential requirement for agents to be able to exercise these controls.

Officer José Sánchez shows the updated manual to serve as a guide to the agents. | ANTONIO AMORÓS

Y, What evidence is there that a person has used? In a graphic way, the signs that a police officer can observe with the pupil examination or if the correct eye tracking is done to be alert and detect possible consumption can be detected. Still, officers are cautioned that such signs may also be caused by disease.

In line, Sánchez dares to affirm that this document, within its category, is the only one that provides certain additional information to understand what happens from the moment an agent takes the test until it is analyzed and measures are taken. It also explains step by step how to assemble a static control device, essential knowledge to pass the course. The document details the devices on the market and the comparison according to drug detection sensitivity.

The types of kits used to collect saliva and send it directly to the laboratory are listed.

The agents will more easily recognize with this document what labels are there and the security measures to take when sending the sample, as well as the types of analytical report and accreditations they must have. The text warns that in the process there may be incidents both in the custody of the samples and in the analysis, with possible consequences on the results.

And is that such is the number of methods that exist to detect drugs that this manual serves as a guide so that no one gets confused. From “screening” to chromatographic tests, the most widely used.

The manual prepares officers for difficult circumstances. For this reason, the main drugs of abuse and their effects are described, such as Krokodil (desomorphine), a homemade substance based on opiates, 10 times more toxic than heroin and that causes necrosis where the dose is injected.

So far no case of this type has been registered in Elche, although the officer reports that in Santa Pola they attended to the case of a consumer of the “cannibal drug” (MDPV), who was very aggressive. Therefore, it is necessary to know what to expect. The reference manual lists other “fashionable” drugs such as captagon and pink cocaine and practices such as the “Slam” in which the participants inject drugs in sex sessions are pointed out.

On the other hand, agents can thus have at hand the administrative and criminal procedures that can be opened after a drug control, the measures and sanctions to apply.

According to Sánchez, five years ago a version was available without so much detail, since this manual implements much more information with real cases and experiences during the controls. The courses that he has taught since then together with José Antonio Artieda, Coordinating Prosecutor of Elche and Orihuela and provincial delegate of Road Safety, and Concha Lobregad as a psychologist specializing in addictive behaviors and Mental Health also appear.

As for the courses, they have accredited more than 20 police officers from Alicante and Valencia. The manual is registered in the Intellectual Property Registry and is delivered free of charge to agents and students.