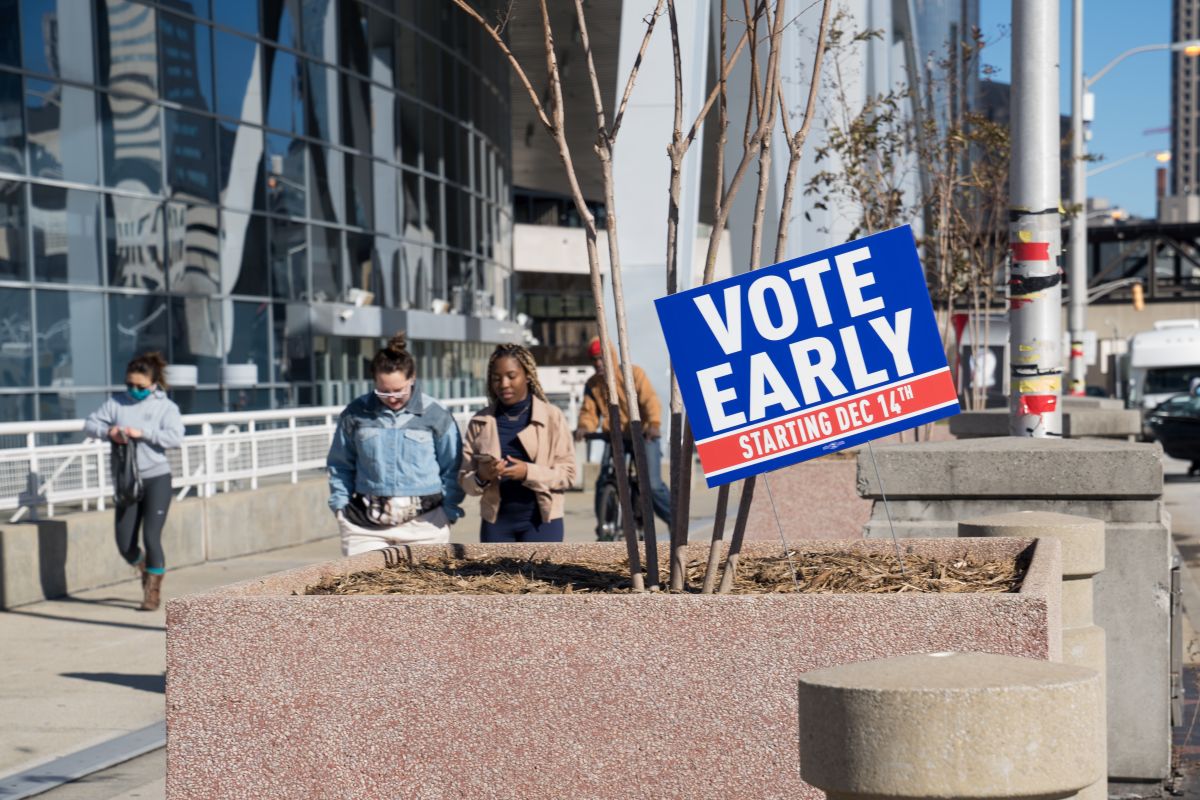 On January 5, Georgia will vote to elect the two legislators who will represent the state in the United States Senate. The election will determine which party will control the Senate at the start of the presidency of Joe Biden, whose party has a majority in the House of Representatives. Our Hispanic Federation, in collaboration with the Latino Community Fund of Georgia (LCF Georgia) and Latino Victory, promotes in a practical way the electoral participation of the growing Latino community in that state.

“Our community of about a million people is quite new,” says Gigi Pedraza, Executive Director of LCF Georgia. “Most of the Latinos arrived around the 90’s, to work on the infrastructure works for the Olympic Games. That was the beginning of this community, which continues to grow rapidly ”.

It is a community that also votes in increasing numbers due in large part to the work of our organizations.

“Our team,” explains Frederick Vélez III Burgos, National Director of Civic Participation of the Hispanic Federation, “has called and sent messages to more than 45,000 Latino voters in Georgia, to remind them to go out and vote, and that the vote of our community it will be essential in determining the representatives of the state before the Senate ”.

In Georgia, early voting has been going on since the beginning of last week. And the voter numbers are phenomenal, including those of our people.

“In the November presidential elections,” comments Luis Miranda, founder and first President of our federation and current President of Latino Victory, “Latinos in Georgia voted in record numbers. And it should be remembered that on December 1, in a special DA election, or district attorney, for Clarke and Oconee counties, Deborah González became the first Puerto Rican to serve as DA in the continental United States. “

Last week, Lin Manuel Miranda and the members of Pearl Jam held an online conversation about art and commitment. Proceeds from the event, sponsored by the Hispanic Federation, was donated to encourage Hispanic participation in the Georgia election.

But is there something we can do individually to help this cause? Gigi Pedraza thinks so.

“If you have friends, acquaintances or relatives in Georgia,” says the leader, “this is the time to call them and remind them that every vote counts, because that vote can decide the balance of the Senate. If you want to do something else, send us masks, alcohol, masks… We have a huge number of volunteers who are in the streets, and if you can send us something to protect them, we will appreciate it. Furthermore, it is very important that they feel that they are not alone ”.

Put on your masks and maintain six feet (or two meters) of social distance to fight the coronavirus!

On the 30th anniversary of the Hispanic Federation, until the next column!

And have a Merry Christmas!

-Frankie Miranda is the president of the Hispanic Federation