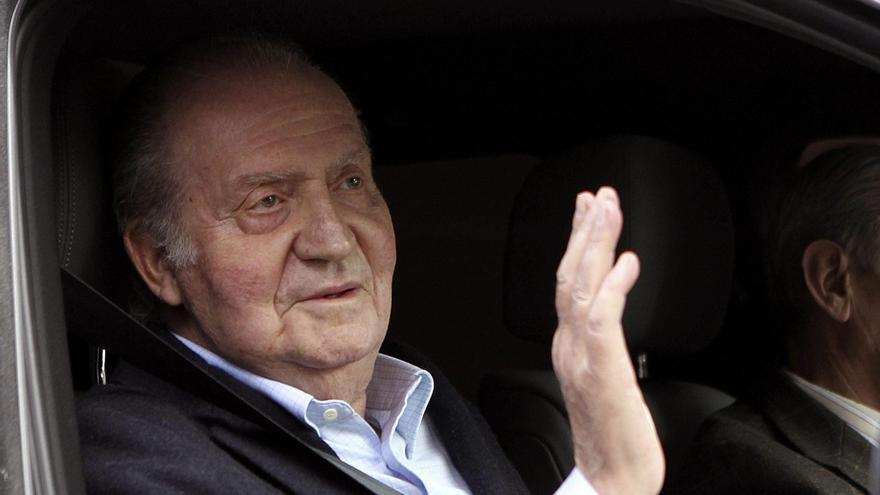 The lawyer of the Emeritus King Juan Carlos I, Javier Sánchez Junco, has been directed by written to Zagatka to claim the documentation on the expenses that justify the regularization before the Treasury carried out by the former monarch last week por imports of 4,395,901.96 euros, as confirmed to Europa Press sources from the environment of Álvaro de Orleans, cousin of the former monarch and owner of the aforementioned foundation.

This request would be related to a claim made to the defense of the emeritus by the Tax Agency (AEAT), as reported this Thursday by the newspaper El Mundo, in order to verify whether, as required by law, the regularization of the former monarch has been truthful and complete. The request to Zagatka has been directed to the director of the same, Martin Geiger, according to the same sources, in claiming invoices that justify the flights worth at least eight million euros that the monarch made to various destinations since 2014.

According to the spokesman for the Finance Technicians, José María Mollinedo, consulted by Europa Press, the usual procedure for verifying a supplementary declaration is to request the information and documentary support on the regularized facts, since when making the supplementary declaration of the Personal income tax only includes new concepts, that is, new sources of income that had not been declared, in this case just over eight million, and the difference to be paid, almost 4.4 million euros.

For example, to see the veracity that the regularized facts are true. You are seeing how the payment of the 8 million has materialized and the concept for which they are charged.

Check if the regularization corresponds to personal income tax

And it points out that the main investigative work of the Agency will be try to discover what is the source of income that originates this increase in assets, because the value added or other taxes could also be affected.

In this sense, they explain that when personal income tax is regularized, income arises that can be from work, real estate, capital, economic activities or capital gains. But they cannot be donations, because these would have to be regularized in the donation tax.

Therefore, it considers that what the King emeritus has regularized in personal income tax “are either professional income” or are “capital gains”. And they remember what the statement from Don Juan Carlos’s lawyer says, which not only talks about travel but also about “services.” They consider that “is conscientiously put to indicate that there is a professional activity there, which may have been loaned to a third party.”

According to Mollinedo, this first information that is requested is for clarify the extremes of the regularization, it is not an inspection, just a request for information.

In this sense, it clarifies that at this point the inspection procedure cannot be started because once concluded, the Tax Agency would have to make a “verified and compliant” record and would run the risk that it would not find anything else now and it would appear in the future, after having carried out that act that would close the way to a future inspection for the years already regularized and would make it difficult for the Prosecutor’s Office for alleged crimes against the Public Treasury, since the defense would always allege that the Treasury said that the regularization it was compliant.

In the note in which he made this statement public, the lawyer Sánchez Junco pointed out that it was carried out “without any prior requirement of any kind” and that the presentation of these complementary self-assessments corresponds to the income derived from the assumption, by the Zagatka Foundation , from “certain expenses for travel and services performed by SM from which certain tax obligations that have been regularized could derive.”

The allusion to the lack of prior requirement is important, since Juan Carlos Primero’s lawyer relies on the so-called acquittal excuses contemplated in article 305.4 of the Penal Code, which allows him to be exempt from incurring tax crimes for this matter.

According to the aforementioned article, is free from criminal responsibility “who regularizes their tax situation, in relation to the debts referred to in the first section of this article, before it has been notified by the tax administration of the initiation of verification actions “.

The payments would have been made until 2018, after Felipe VI’s abdication in June 2014, at which time Juan Carlos I lost the privilege of inviolability that he had as head of state.

The emeritus king would appear as a beneficiary of Zagatka until last June, when the foundation modified its statutes and suppressed Juan Carlos I and his three children as beneficiaries.

The Zagatka Foundation has been the subject of investigations by the Swiss prosecutor Yves Bertossa and has been mentioned in his statements before the courts of that country by the former lover of the king emeritus Corinna Larsen, since the businesswoman told the Swiss prosecutor that Juan Carlos I he had commented that it belonged to him.