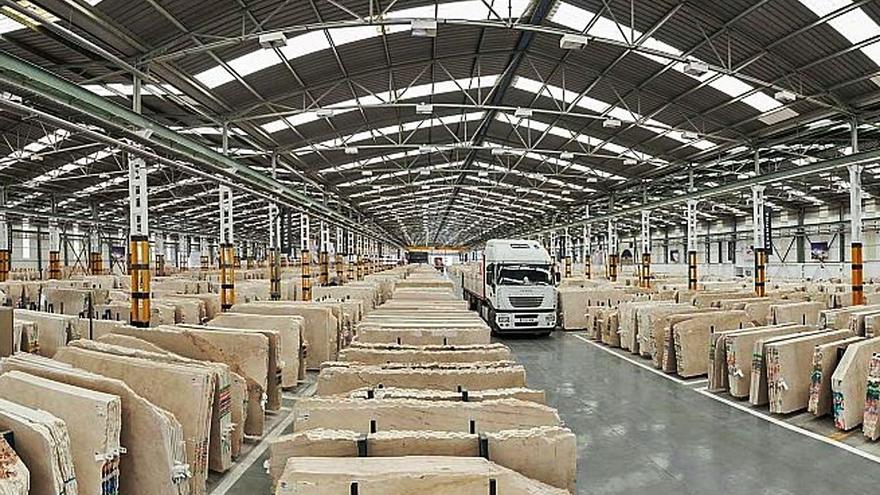 This is stated in the consolidated balance sheet that the company controlled by the British fund Bybrook has submitted to the Mercantile Registry and which also reflects that it was the production of marble that took the worst part. So much so that, compared to what is usual, last year the firm manufactured more meters of granite – which it mostly produces in its centers in Galicia and Brazil – than of this material. In addition, the production of Techlam, the large porcelain tile with which the firm competes in the tile segment, is gaining weight.

According to this balance, the conglomerate closed 2020 with revenues of 121.7 million euros compared to 136.8 the previous year, in what is its seventh consecutive year of contraction in turnover, which has been reduced less than half since 2013. However, despite this drop in turnover, the company managed to reduce its red numbers by 23%, which went from 36.2 million in 2019 to 27.7 million. In any case, still far from the profitability, which the managers hope to achieve with the gradual changes that they are applying in the company’s structure.

This cut in losses was achieved due to lower supply costs that led to the stoppage of the activity of its production centers, but also due to the reduction in personnel costs that, on the one hand, in 2019 were swollen to 52, 6 million for the ERE compensation that it applied, and, on the other hand, in 2020 they were reduced to 37.9 million for the ERTE. Other costs were also adjusted.

On the demand side, the greatest decrease in sales was concentrated in the domestic market, where revenues fell from 47.7 to 36.9 million euros; while the international business fell to a much lesser extent, from 84.9 to 80 million.

From the point of view of production, Levantina extracted 72,691 cubic meters of ornamental rock from its own quarries last year, which represented a decrease of 30%, as recorded in the Non-Financial Information Statement that accompanies the accounts of the company. firm.

Regarding the transformation business, the group’s factories produced 2,220,008 square meters of boards, slabs, platelets or custom cuts, 25% less. Levantina itself points out that the biggest drop in production was concentrated in Spain, while in Brazil it increased by 17%. The result of all this is that the weight of marble in the group’s production fell from 46% to 32%, thus being superseded by granite, which went from 25% to 34% of the total. For their part, sandstones and limestone added one point, up to 6%, and Techlam -one of the group’s big bets- went from 24% to 28%. “We can affirm that the company is more diverse and does not focus its activity so much on marble,” says the aforementioned report. What remains to be seen is whether this distribution will continue in the future.

In this regard, it should be remembered that one of the latest decisions of the firm has been the segregation of its activity into three different companies -Levantina Mármol, Levgranite and Levantina Techlam- in order to better control each of these branches of production. On the other hand, the firm has also changed its distribution model. Thus, it has concentrated the activity of its branches on products with the highest added value, such as Techlam or countertops, while it has started to market marble directly from Novelda.

The sector is promoted at the Verona fair

Up to eight Alicante companies participate in the mission that the Ivace, the Alicante Chamber and the Marmol de Alicante employers’ association have organized to be present at Marmomac, the largest natural stone fair, which started yesterday in Verona. The general director of Internationalization of the Generalitat, María Dolores Parra, attended the event to show support for the sector.