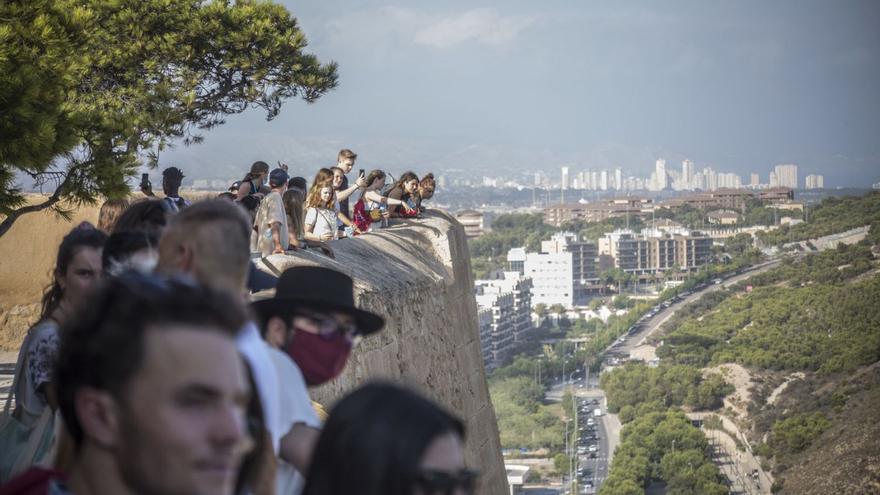 Nobody expects it to be a simple process, partly due to the poor state of conservation of Alicante’s historical heritage. But neither is it expected to be a quick process. Rather the complete opposite. In fact, the first technical report that is expected to be produced is not expected to be ready before the end of this year. That is to say, about twelve months for a document to initiate a process that is expected to end with UNESCO declaring the defensive historical heritage of the city of Alicante a World Heritage Site, made up of the castle of Santa Bárbara, the fortifications of the Tabarca Island and the towers of the garden, next to the Tibi reservoir.

This was explained this Friday at the constitutive session of the municipal subcommittee that plans to promote the candidacy, which includes councilors from the six municipal groups (under the chairmanship of the Councilor for Culture, Antonio Manresa, from Cs), representatives of cultural entities from Alicante, experts and municipal technicians and the department. In total, seventeen people who will not meet again for another six months.

The subcommittee has entrusted its technical experts with the preparation of the first document, a report where the object of the candidacy and its “uniqueness” must be “clearly” defined, which will have to be submitted to the Ministry of Culture once it is finished. This will be one of the six complex official steps that must be formalized to achieve recognition by UNESCO. At the meeting of the subcommittee, they even spoke of up to a decade to complete the process, which must have the prior approval of the Generalitat and the central government.

Also Read  April Fools Day: Why is it celebrated on December 28?

In the first meeting of the municipal body, it was also agreed to extend the participation to the Department of Urban Planning, in the hands of Adrián Santos Pérez (of Cs), since it is the area responsible for promoting two key special plans, such as the one for the island of Tabarca and Torres de la Huerta.

Placia Tower, whose transfer is planned by the City Council, without date, in its current location. | RAFA ARJONES

From the left-wing opposition, after the initial meeting, a commitment was demanded from the bipartite of PP and Cs so that the processing does not suffer more slowdowns, since the process started in 2016 and, after a year of work during the tripartite stage , has not been reactivated until now, after the halfway point of this municipal mandate.

Compromís spokesman, Natxo Bellido, pointed out that “after a break of more than two years, it is appreciated to talk again about the preparation of a candidacy to be a UNESCO Heritage Site.” Bellido spoke of a “long and complicated” path that must be “faced from the political consensus.” For her part, the socialist Trini Amorós also urged that the convening of the subcommittee “be useful for something and that, given that the process is long and complex in itself, it should not be delayed due to the political negligence of those who govern.” Finally, the spokesperson for United We Can, Xavier López, stressed the importance of adding Casa Mediterráneo to the work, given the “diplomatic relations that must be established with Algeria, so that Oran is also part of the candidacy because both cities share the builder of their castles».