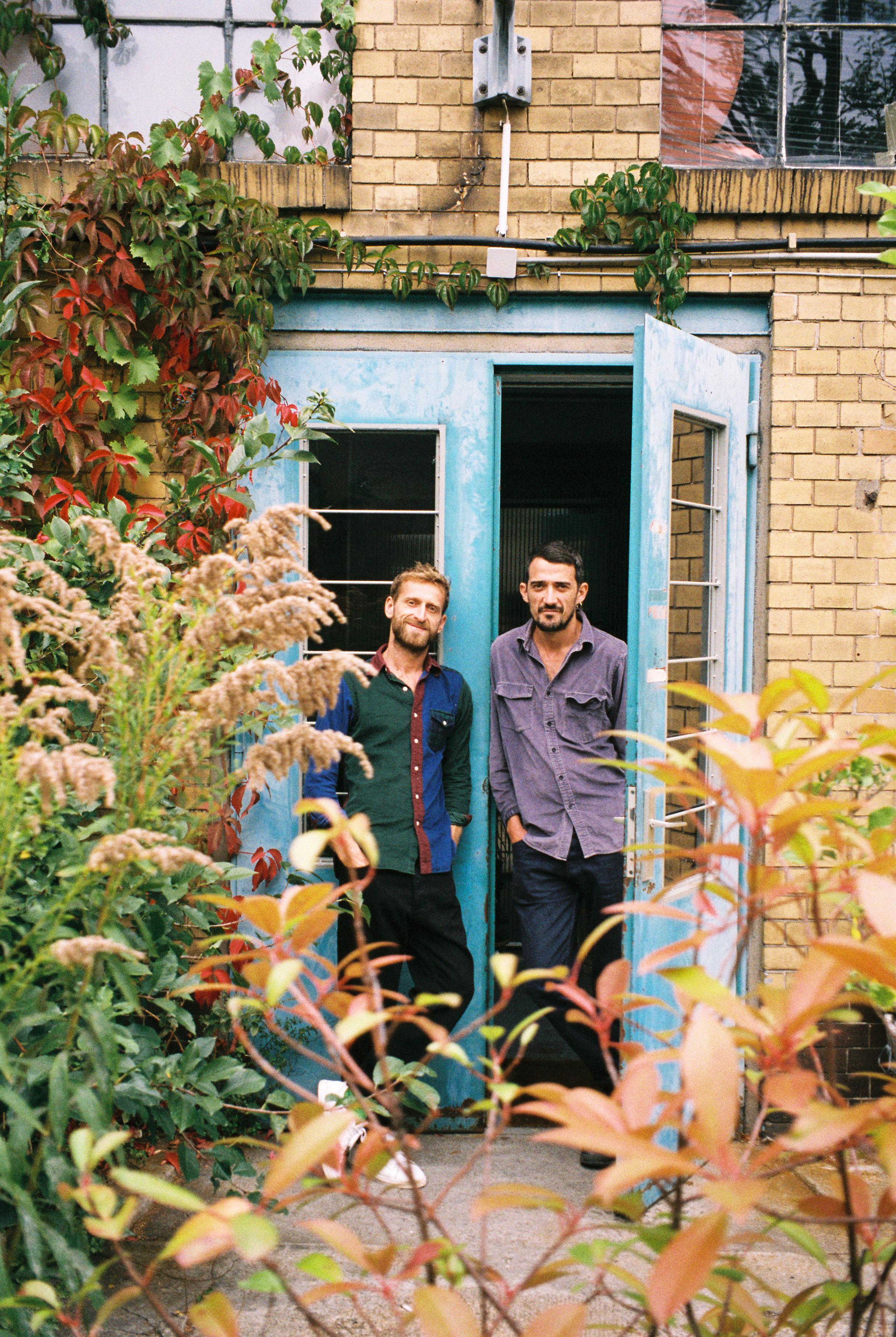 The giant canvas and steel flowers that have been seen in Madrid’s Palacio de Cristal since July, and inevitably on the Instagram accounts of its countless visitors, are the work of Petrit Halilaj (Kostërrc, Kosovo, 1986). They had to serve as decoration for the great performance that was going to be To a raven and the hurricanes that from unknown places bring back smells of human in love: his wedding with the also artist Álvaro Urbano (Madrid, 1983), his partner for ten years and who also collaborated in the manufacture of flowers. That plan was thwarted, as everything was thwarted, with the COVID-19 assault. The exhibition, on which Halilaj had worked for months for the Reina Sofía, was left without its centerpiece and the flowers became the whole story.

The twist is that those flowers always had great narrative value. There is the Forsythia, the yellow one: remember those that Urbano gave Halilaj a month after meeting him in Berlin, in 2010. “It is one of the first to come out in the German spring and one of the last to disappear, the whole tree turns yellow, it is beautiful”Halilaj explains by phone from his studio in Berlin. And Urbano adds from the same call: “It was when I realized that I was in love with him. I took a twig and gave it to him ”. In 2015, Urbano met Halilaj’s mother. “Knowing that she loves gardens, he gave her two palm tree seeds,” recalls the Kosovar.

“At that time my mother had difficulties accepting us, but she planted them and now they are two trees that grow in Kosovo”. The flower of these trees is the largest in the exhibition, the one that occupies the main chapel of the Palace. Not far away is the poppy, which must have symbolized the end of that engagement. “I had told Petrit that if he asked me to marry him, do it right. In 2018 he filled the house with poppies. A million flowers that I had picked with a friend ”, remembers Urbano. Halilaj illustrates: “I put them in the oven, in the toilet, anywhere in the house imaginable.” Urbano said yes, of course, and they started planning that wedding that would never be.

“It is interesting to what extent the covid has changed the meaning of these flowers,” reasons Urbano. “They no longer only symbolize our personal stories, but also the act of giving and receiving, of caring. During the confinement, the Royal Botanical Garden of Madrid was closed and the gardeners collected all its flowers and took them to the hospitals in the city. It’s that kind of gesture: taking the garden to someone. The flowers become satellites, they speak to you. We also see them as sexual entities, something with its erotic component: the flower is there to attract insects, with its shapes and colors, with its textures. That is also important ”.

Urbano and Halilaj have artistic careers independent of each other. In fact, not far from Petrit’s exhibition in the Retreat, there is Álvaro’s in La Casa Encendida. It was inaugurated in February and both should hardly have coincided in time, but the second script twist of this story is that, with the stoppage caused by the coronavirus, they will coexist much longer than expected (until February 2021 the of Urbano, until March that of Halilaj). They are two of the most exciting exhibitions that have been seen this year in Madrid and they come not only from the same gallery, Travesía Cuatro, but from two artists who share a studio, ambitions and life.

In The Awakening, Urban revives a dead building, the Pavilion of the Hexagons of the Cottage. Designed by José Antonio Corrales and Ramón Vázquez Molezún, when it was presented at the Brussels Expo in 1958, it was considered a key piece of the new Spanish architecture and was awarded the Gold Medal, even above André and Jean’s Belgian Atomium Polak. Today, however, the pavilion is abandoned. Urbano recreates this abandonment in a room lit by hexagon-shaped street lamps, in which the performance is made by the building itself: the viewer contemplates it mutating as seen from one angle or another, like watching a movie, one with a Kubrickian atmosphere . The project even has a soundtrack, by composer Juan Carlos Blancas, which will be released on vinyl soon. The exhibition will move to the Storefront for Art and Architecture in New York, Directed by the Mexican José Esparza, who has acted as curator from the beginning.

Halilaj, who today lives between Germany, Kosovo and Italy, seemed destined for an artistic career from a young age. At the end of the nineties, an Italian couple saw him draw in a refugee camp from the Balkan war, and they offered to host him in their home, in Bozzolo, Lombardy, so that he could study. At the end of the last decade, he visited Berlin for a few days. “There I saw that I could make my life, come out of the closet as a homosexual, and dedicate myself to what I do,” he recalls. Urbano has also developed his life in various cities: at the age of 22 he moved from Madrid, where he studied interior architecture at the Polytechnic University, to New York, where he did street performances. There, he decided on an artistic career. He enrolled at the Universität der Künste in Berlin and met Halilaj in that city. They still live in it.

From time to time they work together. “We do it once a year, no more: we don’t want it to end up being a problem”jokes Urbano. In 2014 they published Kushtetuta, a queer-themed magazine, in Kosovo: “The first gay magazine in the Balkans,” according to the artist. Four years ago, during a residency at the Mak center in Los Angeles, they designed raccoon costumes with which they made performances: they remember the animals seen today in The Awakening. Both are professors at the École des Beaux Arts in Paris.

They have collaborated on another flower for Berghain, the Berlin music club that now, closed, hosts works created during the Berlin semi-confinement. And one more of his latest creations can also be considered joint. For the Biennale Ghardëina, curated by Adam Budak, at the Kinsky Palace in Prague, Petrit has created a birdhouse. “But as soon as you get close to her, you hear her snoring, a deep snore of the night. One night I secretly recorded Álvaro and used him, ”explains Halilaj. The work follows the guiding principles of the others: “It is a very domestic gesture of giving and caring, which becomes something else, like flowers.”

Precisely the flowers, four new ones that they have just created hand in hand, will appear in their new project, one for the Quadriennale in Rome that Sarah Cosulich and Stefano Collicelli Cagol would police. “The whole exhibition is about scenes that need their place in society but don’t necessarily have it, like desire. In our case, queer desire ”, explains Petrit. But they warn that this label, queer, must be used with care. “As an idea of ​​seeing things from an open point of view and without borders, yes, we are queer artists. But we don’t want to be linked to a sexuality ”, he says. “And that is the grace of art. When Álvaro gave those seeds to my mother, it shows a homosexual loveShe saw it as the gesture of a love not only homosexual and not only between us. The trees that have grown out of them are not queer trees. The magic of art is that when you express yourself, somehow you end up connecting with more people ”.